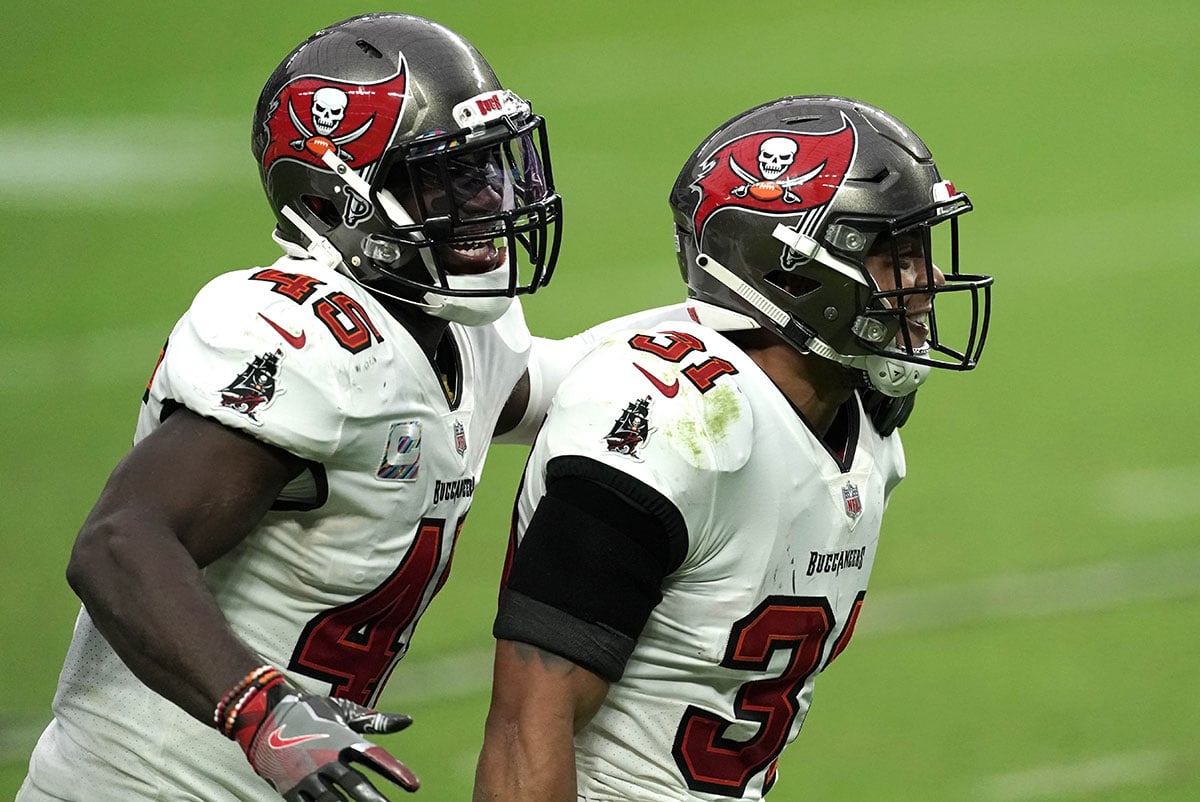 All three Bucs players were originally named as first alternates to the Pro Bowl. Now Evans will earn his fourth Pro Bowl nod, exactly half of the number of seasons he’s spent in the NFL. On the season, Evans collected 74 catches for 1,035 yards and 14 touchdowns.

As for White and Winfield, both Bucs defenders were honored for the first time. In year three, White struggled mightily, failing to match his impressive production from the year before. Still, support from voters put him in when Seahawks linebacker Bobby Wagner opted out. White finished the 2021 season with 128 tackles and 3.5 sacks.

Winfield was one of the Bucs’ biggest rising stars this season. Despite missing four games, he finished third on the team in tackles with 88. Winfield also added two sacks, two interceptions and two forced fumbles. He’s one of the most assignment-sound players in the NFL and a true leader in the defensive backfield. When Seahawks safety Quandre Diggs pulled out due to injury, the Pro Bowl quickly added Winfield.

Eight Pro Bowlers is the second-highest single season total in Bucs history. Back in 2000, Tampa Bay sent nine players to the Pro Bowl, Before that, the Bucs put eight players into the game in 1997.

Brady and Wirfs will not play in this year’s Pro Bowl.

White appears to have hit his ceiling and will not approach David’s talents.

ill be watching only to see them

YARN….The pro bowl lost its luster years ago…Now they just fillin in holes so to speak. White certainly does not deserve to be there.

When players who don’t deserve to get in make it over players who DO deserve it, it’s bad for everyone. I think Bucs fans saying that Devin shouldn’t have made it shows intellectual honesty as opposed to ignorant homerism/fandom. It’s a GOOD THING, not a poor reflection on us as fans. Devin’s not good. He had a genuinely terrible season. Lot of good players in this league. I feel for the guy who should’ve made it in over him, whether that guy has a Bucs jersey on or not.

I, respectfully, disagree. The voting process is: fans 1/3, players 1/3, coaches 1/3. So two thirds of the votes came from other players and other coaches. Apparently, the national NFL fandom values the play of LB White more than some in Tampa, including yourself. Excuse me if I value actual players and coaches opinions on the level of play of one of their peers than some here on PR. Congrats LB White! Good for u sir!

Also, remember that most of the time, this years Pro Bowlers actually r voted in by what they did the previous year. There tends to be a bit of a lag in acknowledging the players achievements.

You’re right about that Baller. Certainly a season ago, winning the championship and only two Bucs garnering this recognition is perhaps the strongest evidence that the reward is often about the previous year.

He flashed early. Seems to me after his injury he was never the same. I would have chosen David over him.

Should have been David over White by a large margin.

Not a big fan of the actual game; especially when it really got silly with choosing sides. I’m never going to poo-poo one of our own players getting some recognition when so many times in the past this team was ignored.