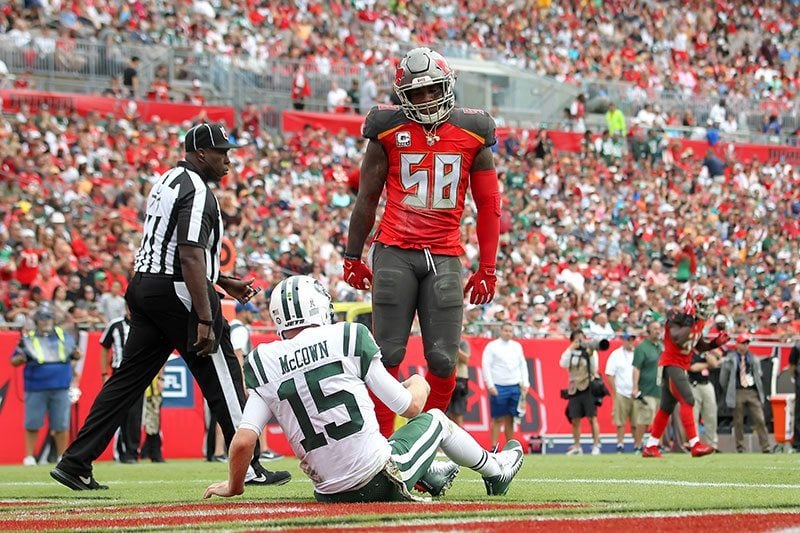 Bucs defensive tackle Gerald McCoy was set to be a lonely man next week in Orlando. But now he will have a familiar face lined up behind him.

The National Football League on Tuesday announced that Tampa Bay Buccaneers linebacker Kwon Alexander has been added to the 2018 NFC Pro Bowl roster. Alexander will replace Seattle Seahawks linebacker Bobby Wagner, who will not participate due to injury. This season, Alexander ranked second on the Buccaneers in tackles, with 97, while tying for the team lead in interceptions, with three. Alexander’s three interceptions tied for the most by any linebacker in the NFL this season and he was one of only five players in the league to record at least 95 tackles and three interceptions (also Atlanta linebacker Deion Jones, Carolina linebacker Luke Kuechly, Buffalo cornerback Jordan Poyer and Jacksonville linebacker Telvin Smith). This despite missing four games with an injured hamstring he suffered in the Bucs opening win against the Bears.

Since entering the league in 2015, Alexander is the only player in the NFL to record at least 300 tackles, 6.0 sacks and six interceptions.

–Part of this report courtesy of the Buccaneers communications department

About…damn…time! We have the best linebacking unit in the league and both Kwon and Lavonte are more than deserving of a spot in the probowl. An argument could be made for Beckwith too but as a rookie he probably needed more splash plays to stand out.

Show em all why they were wrong not picking you guys Kwon!