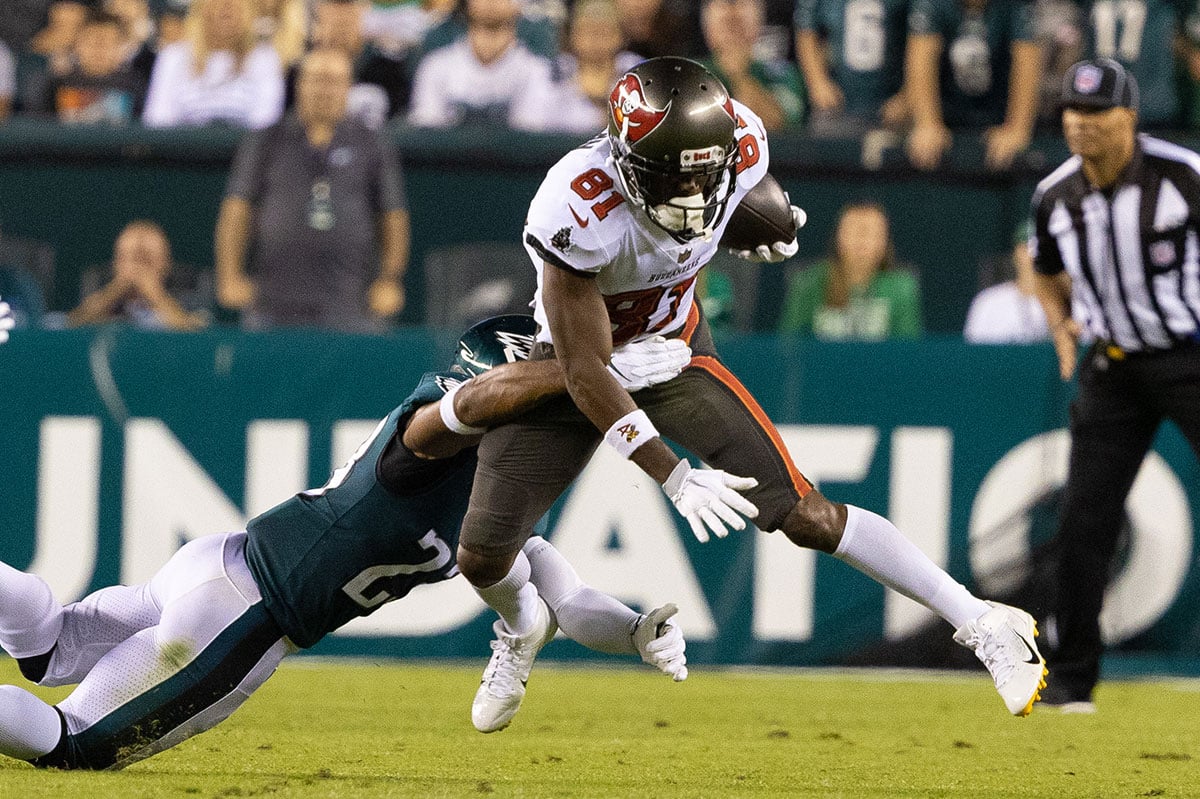 The Bucs are blessed to have three of the top wide receivers in football with Mike Evans, Antonio Brown and Chris Godwin.

It’s fun to debate, but it’s a moot point when discussing who is the best of the three receivers. At the end of the day, they’re all contributing in different ways to help the Bucs get to 5-1 on the season. While it can change from game to game, it’s quite apparent that Brown is separating himself as the go-to guy in the offense, especially over the last two weeks.

Brown has dominated in wins over Miami and Philadelphia with a combined 16 catches for 217 yards and three touchdowns despite getting less snaps than Evans or Godwin.  This includes a clutch third down reception late in the fourth quarter to allow the Bucs to run out the clock in a win last Thursday. 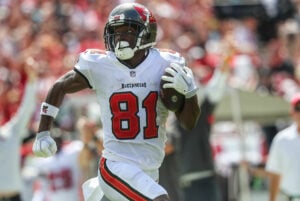 He’s bringing a new element to the offense that we didn’t even see last season when the Bucs won the Super Bowl.

“I think AB is quicker and faster,” head coach Bruce Arians said. “His change-of-direction is unbelievable at the top of a route. It always has been. So yeah, I think those things, and the run after the catch. And again, great hands.”

Brown has played in 16 games including the postseason since joining the Bucs during the middle of last year. Now that he’s been around for a full offseason, the big play ability is clear.

“Having spring meetings and just hearing it,” Arians said about the benefit of more preparation. “And then, for him, doing it. Tom [Brady] seeing it. It’s hard to not practice and just jump out there. I don’t care how good you are. If you just jump out there, you’re not going to be successful in this league.”

Matt.. Yes, he is ultra quick and relatively fast. But I think his greatest skill is that he seems to know where all the defensive backfield defenders are. That is why he is so great at finding those open spaces, and avoiding those big hits. He seems to never be caught unawares of some head hunting defender.

A master at creating separation, and he just doesn’t drop the ball. To say nothing of his YAC, as he’s always been among the league leaders when he’s healthy.

The man is a big-play machine.

Read elsewhere that the Bucs currently lead the league in YAC .. which is pretty amazing. It’s not just AB getting open after the catch, but the other receivers as well as Playoff Lenny who are either outmaneuvering or just busting through tackles after the catch.

Last edited 8 months ago by Naplesfan