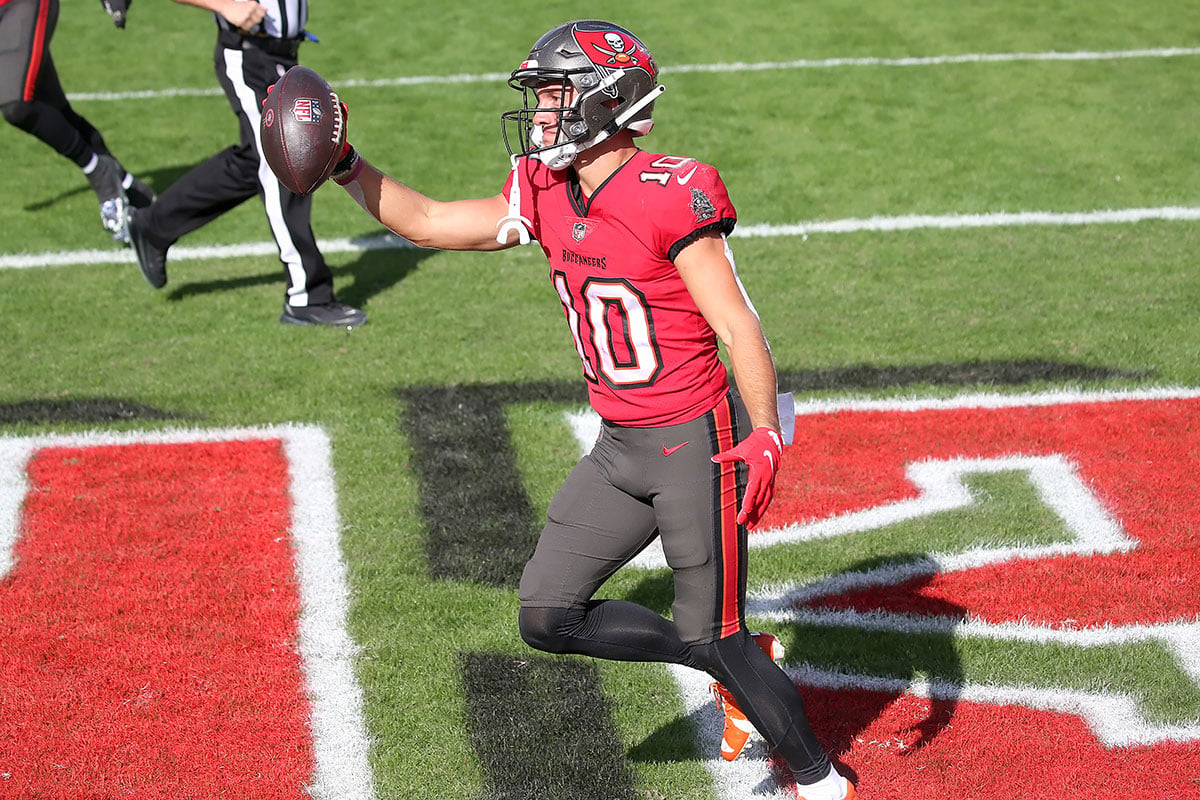 The Bucs have been the walking wounded in recent weeks, especially in the secondary. That could change coming out of the team’s bye next week, as several Bucs appear to be getting healthier. NFL Network’s Ian Rapoport reported yesterday that Antonio Brown, Carlton Davis and Sean Murphy-Bunting could all be back for the Bucs Week 10 game against Washington.

Head coach Bruce Arians sounded encouraged about the progress of the two cornerbacks on Monday. He didn’t mention Brown despite being asked about him, which was curious. But he did shout out Scotty Miller, who started running during practice last week.

“I think we’ll know more when we get back [from the bye],” Arians said. “But Sean and Carlton look like they are making real good progress. And Scotty Miller is also.” The Bucs have been without Murphy-Bunting since Week 1, and without Davis since Week 4. Cornerbacks Richard Sherman and Dee Delaney should also be back from injury in time for Week 10. For the first time all season, Todd Bowles’ defense could have its’ full starting secondary active.

Rapoport’s report made it clear the Bucs expect Brown back from his sprained ankle after the bye. The veteran receiver suffered the injury during a 9-93-1 performance against the Eagles in Week 6. Meanwhile, Miller seems to be making good progress from the turf toe he sustained in Week 3, running on the side during Friday’s practice last week. The Bucs have had to rely on Jaelon Darden and Cyril Grayson during Brown and Miller’s absence.

Tampa Bay returns to action on November 14 against the 2-6 Washington Football Team.

It will almost be unfair when/if we get back our walking wounded!

Getting Brown and Scotty Miller back will be huge. Davis and Bunting have been missed. And our defense can only get better with them in the mix.

It’ll be very good to get all these guys back. But we’re not done with injuries yet. When you look at the Saints losing their starting quarterback for what looks like the rest of the season, and the league’s leading rusher and offensive wrecking ball breaking his foot yesterday … it just reveals how much pure luck is involved in preserving your key players. The Bucs were blessed with very few injuries last year. We’ve gotten off to a worse start this season, but until the last whistle of the last game in the post-season, our players are always vulnerable.

This would be great news! If the coach can get the Defense to stop the taunting and try harder in tackling better, we will be set to go.

The Bucs have been fortunate to have won 6 games given the IR list. It is a good thing to have the starters back in the 2ndary.I was not fully understanding Brady’s choice of targets versus the Saints other than Godwin. Kind of weird.

I think the most missed player this year amidst all these injuries has been Carlton Davis. He is the only really good CB on this team. SMB may be better than Cockrell and other practice squad guys but that’s not saying much. Have no faith in him or Dean to be anything but very inconsistent. This defense has been bad this year. I don’t care where the stats rank them they aren’t good period. Pass rush, secondary, tackling and now even run defense is slipping. Last year the D is really what took this team over the top in December… Read more »

Last edited 8 months ago by fredster

If Gronk is reinjured, then that is on BA. Ultimately he is the Head Coach and his decision to let an older, injured player to play given the bye week is this week is just stupid! He knows Gronk means more to the team down the stretch than being able to rush back to play against NO. He was not needed in that game.