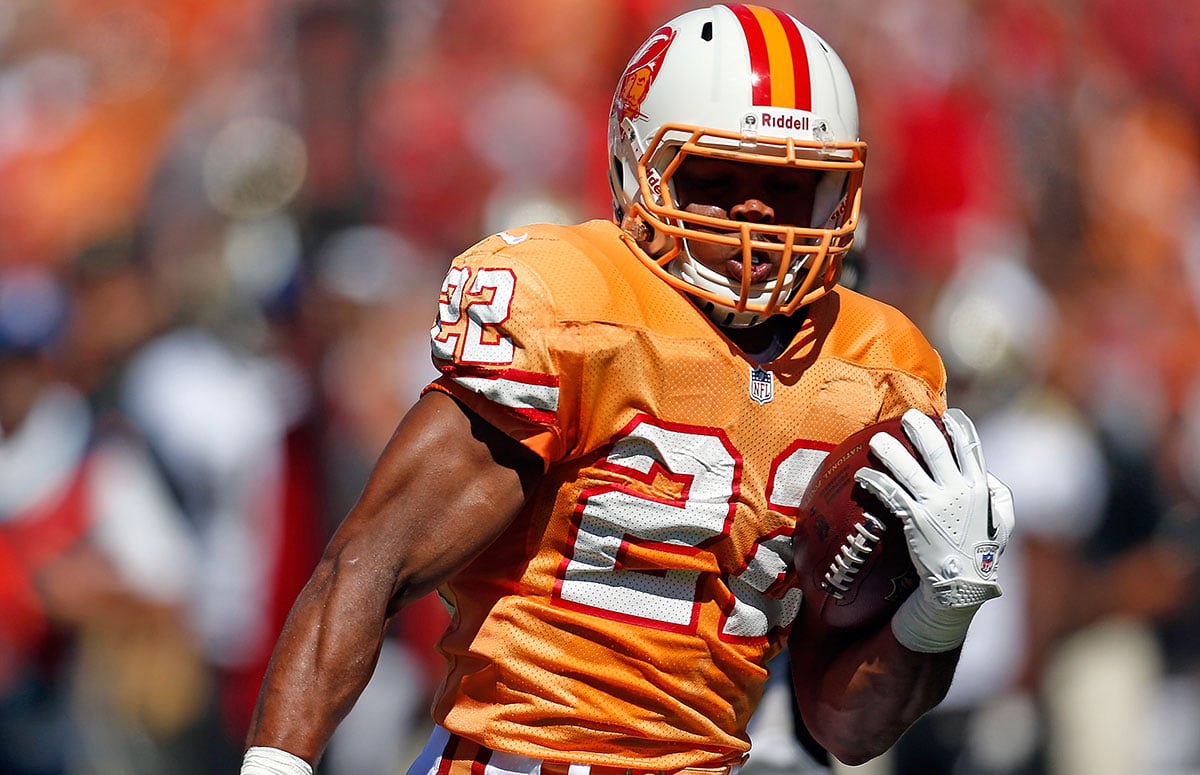 Bruce Arians has been making the rounds on national media programs to talk about Tom Brady coming to the Bucs. Among the topics of Brady, Arians was asked on The Dan Patrick Show what the Bucs will do with their new uniforms, suggesting that Brady would look best in the Bucs’ old school creamsicle uniform.

The Bucs last wore the creamsicles in the 2012 season and haven’t been able to wear them since due to the NFL’s helmet rule established in August of 2013 that required each team to use the same helmet in every game after being fitted prior to the start of the season. With the Bucs’ primary helmet color being Pewter, they could not use another helmet with a white color that would match the creamsicles. But Arians mentioned to Patrick on Wednesday that we could see the Bucs in the fan favorite creamsicles as an alternate uniform in the 20201 season if they change the helmet rule that year.

“I think once the helmet rule changes next year we might have some creamsicles and some throwbacks,” Arians said. “Which I think are the best uniforms in the league.”

You can see Arians interview about the creamsicles along with his excitement for the new uniforms for the 2020 season here.

Enough with the teasers…LET’S SEE THE NEW UNIS!!!!!

HOIST THE COLORS, FIRE THE CANNONS, AND GO BUCS!!

They can wear a Bozo uniform as long as they win!!!!

Please no to the ugly creamsicle uniforms with the cowardly winking pirate. In that ugly uniform we would go back to looking like a bunch of weaklings.

Cowardly winking pirate – obviously showing my age, but remember old movies as a teen with Errol Flynn in Captain Blood and Sea Hawk. In days without special effects that was one Buccaneer who could slice and dice with the best of them not to mention his eyes certainly made the ladies swoon.

I am excited to see these new uniforms. I didn’t hate the the last jersey. I do wish the numbers would have been different.

I have a creamsickle Dilfer and Sapp.

I have a superbowl version of Sapp, Alstott, Brooks.

I have the latest version with David and Martin.

I will probably get a new jersey for White or Godwin.

They can keep the Brady jersey.

What’s he hinting at as far as the helmet rule finally being changed is concerned? PR folks, any more details? I was SCREAMING for a white helmet under the assumption the NFL was going to continue to ostrich their heads in the sand, but if multiple shells will FINALLY be allowed again next year then I can live with it…

My guess would be orange & pewter with the skull and swords.

I would love some Creamsicles throwback games. Even with a pewter helmet, with Bruce logo… better than nothing.

I always laugh when people would scoff about our old Bucco Bruce logo and imply that he was living what is now called “an alternative lifestyle………not that there’s anything wrong with that”. I wonder how many folks ever thought the Packers “G”, the Steelers US Steel emblem, the Dolphins smiling Flipper, the Cardinals scowling redbird, the Patriots Flying Elvis, the 49’ers “SF”, the Bengals stripes, the Cowboys star, the New York J-E-T-S, and my personal favorite the Cleveland………….well, nothing since no one knows what a Brown is, are symbols that make the opponent afraid to take the field. Yes, I… Read more »

They can play in diapers for all I care. How about WINNING some games huh?!! Its been over a decade and almost a half..Nothing. Every year its the Same Ole Hype Train. I want to see what we got with mine own eyes. Uniforms? To hell with them. WIN Dabburnnit!