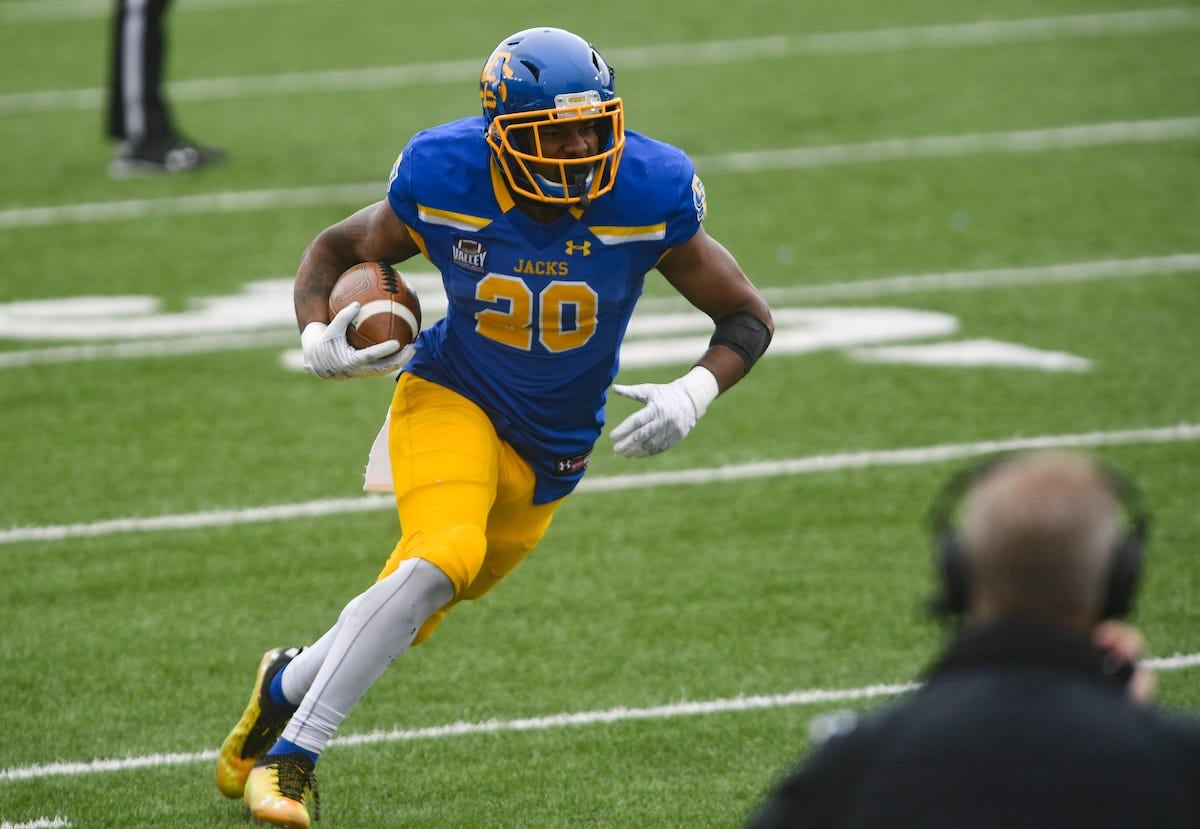 A few weeks ago, we had no idea who the Bucs running back would be in 2022. Any of their running backs, to be honest. But with Leonard Fournette and Giovani Bernard re-signed, and Ke’Shawn Vaughn hopeful for a bigger role this season, the room is filling up. Still, the Bucs have remained diligent in their pre-draft homework on the 2022 running back class. After interviewing more than 10 backs at the Combine, Tampa Bay has extended their reach in recent weeks.

According to The Draft Network’s Justin Melo, the Bucs had a Zoom interview with South Dakota State running back Pierre Strong. Tampa Bay running back coach Todd McNair conducted the interview.

LOTS of interest in a dual threat RB that ran 4.37 in Indianapolis.

Strong led the FCS in rushing last year, piling up almost 1,700 yards on the ground to go with 18 touchdowns. At 5-11, 207 pounds, Strong has decent size for the position. And he blew away Combine testing, running a 4.37 40 and jumping 36 inches. The 23-year old has enough experience as a receiver to contribute in the passing game too. Strong caught 62 passes for 581 yards during his college career.

The Bucs have done plenty of work on this running back class, including hosting Texas A&M’s Isaiah Spiller on a Top 30 visit. But the team does have some defensive needs to address, and could possibly look to add more picks by moving back in the draft at some point. It would be a surprise to see Tampa Bay take a running back in the first two rounds. But there are plenty of potential fits as the draft moves on, including Strong on day three.

If you could get this kid on Day 3 I would say good for you.