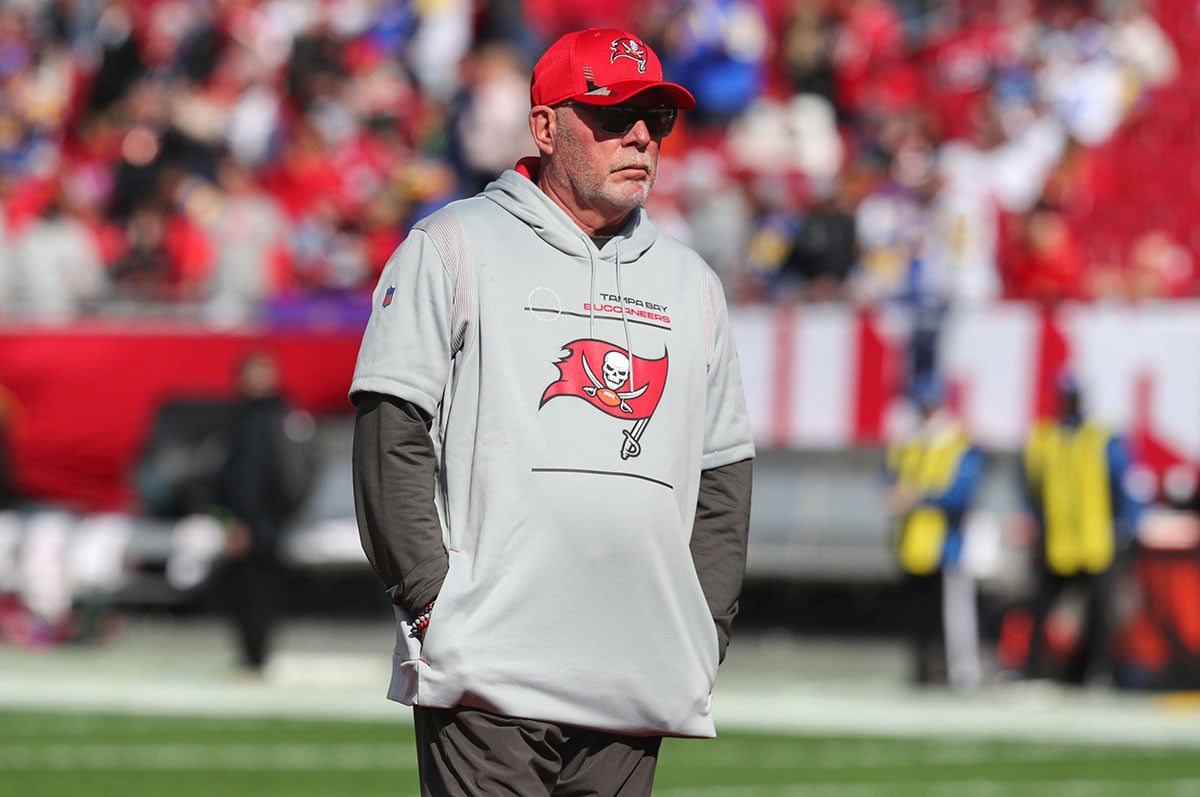 On Wednesday, Bucs owner Joel Glazer announced that the Bucs head coach will be inducted into the franchise’s Ring of Honor. Speaking at Bruce Arians’ retirement presser, Glazer said Arians’ induction will occur this season. The 69-year old will become the third coach in franchise history to enter the Ring of Honor.

It’s a tremendous honor for Arians, especially considering how short his tenure in Tampa Bay has been. Arians only coached for three years in Tampa Bay, but his success was unprecedented with the franchise. He steps down with a 31-18 record as head coach of Tampa Bay. His .633 winning percentage is the highest in team history. Arians 31 wins are third-most in team history behind Jon Gruden (57) and Tony Dungy (54). Also, Arians’ 6-1 postseason record is the best in franchise history as well.

But Arians also becomes the shortest-tenured member of the Bucs Ring of Honor. Quarterback Doug Williams and head coach Tony Dungy were inducted despite only five and six years with the organization, respectively. But, although Arians’ three seasons are unconventional for an award often handed out on longevity, it’s difficult to argue against his impact. The culture of the Tampa Bay Buccaneers completely changed when Arians and his staff arrived. The Bucs transformed from a league laughingstock into an annual contender and Super Bowl champion. It’s fitting that the franchise honors that with an induction for Arians this season.

Wow are we sure Coach is alright health wise? Why are we rushing to honor a guy when he’s simply taking a new position in the organization. What’s the Rush

Tom Brady needs to inducted right after the moment he actually retires. I don’t consider his last announcement as retirement because it was during the offseason and he didn’t miss anything. It was just the offseason….LOL

Let’s just hope BA doesn’t express his right to free speech at some point down the road and says something that upsets the cancel culture. Then we will have no Super Bowl winning coaches in the Bucs ROH.

He’s the 4th coach to go in (Gruden, Dungy, McKay). 5th if you include Kiffin.
Granted Gruden’s name is no longer there…

No question he deserves the honor.

Nice gesture on the part of the Glazer family. On another note, I wouldn’t mind seeing Gene Deckerhoff receive some honors. I think he too is retiring after this season.