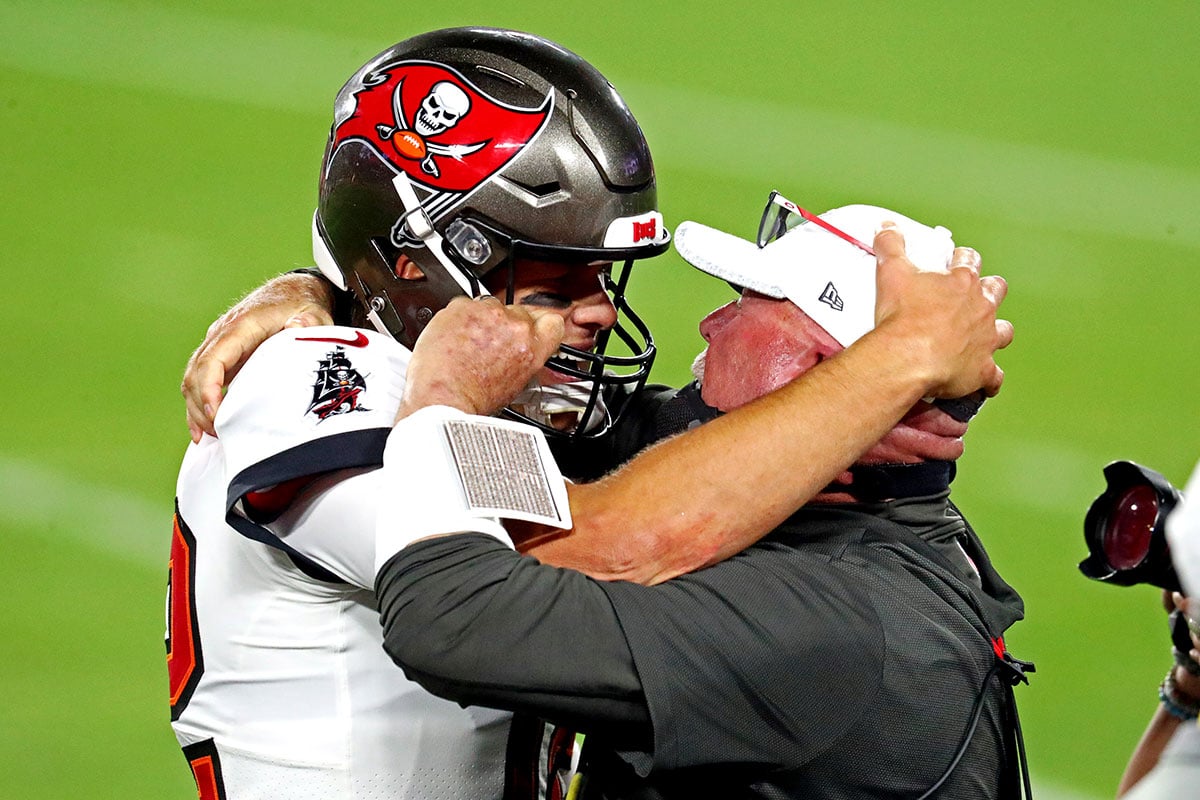 We all know a big part of what makes Bucs’ quarterback Tom Brady tick is his preparation and determination. It’s Brady’s relentlessness and constant pursuit to be great that has made him the best to ever play at his position..

Brady always has football on the mind, even in the offseason. So much so that Bucs’ quarterback coach Clyde Christensen shared a story of how Brady FaceTimed him the morning after winning Super Bowl LV about how they could get better next season.

“The morning after the Super Bowl, I bet it was 8:30 and we had been out all hours of the night. Had all the grandkids in the bed and got a FaceTime from him at 8:30,” Christensen said. “Basically the message was a couple full. The big thing was he said, ‘hey, I’ve just been sitting here thinking about how we can really be a lot better next year. We still haven’t hit our peak and I really believe we got a chance to be much, much, much better this year.’

“There’s a guy, who, you wake up and all of a sudden he’s thinking about instead of just savoring it for two weeks and starting on next year. There’s a guy who wakes up and is calling his coach and says ‘hey, man, I’m excited about next year because we can be even better. We haven’t his our stride yet.’ Almost every story about him is kind of the same. Almost every conversation is the same, he’s unbelievable. 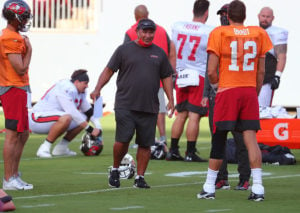 While most players like to take some time to enjoy the moment, Brady is onto the next one. Though Brady does have his football outlook set, Christensen stated that Brady also enjoys other aspects of his life. Some people become crazed when they obsess over one particular thing, but Brady has always been fun to be around.

“The one thing I’d say about him is that he’s pleasant and he has another life,” Christensen said. “He enjoys people, he enjoys traveling, he enjoys all his other things, so he’s able to do both. He’s amazing that way for me to watch him. Some guys are so possessed that he makes everyone around them miserable. He’s opposite, he’s pleasant to be around and yet you still know what’s on his mind every waking hour. How do I get better? How do I get better?

Christensen then shared further details on his FaceTime conversation with Brady.

“He was excited,” Christensen said. “He had said all along, I don’t think he was 100 percent last year. His quote, or close to a quote, was ‘hey, I’m going to get my knee fixed up and I’m going to be much better than last year. And you’re going to be excited about that.’ That’s just how he sees things.”

If this offense gets any better, the league is in serious trouble.

Trust me, it IS in serious trouble. We’re gonna roll next year.

When you say coming out of the bye, you mean that was his pace AFTER the bye? And I guess you’re including the postseason. Typically, when one says “coming out of the bye”, that means everything that came before then. No big deal though, the point stands.

For years Unitas got my vote for GOAT due to him actually being the OC that called his own plays. Brady is the same only better in reading defenses. His drive to achieve is so inspiring.

Funny. Unitis sure looked funny all slumped over, but the guy could sling it.

I’ve always held out that Johnny U was was the best as well. TB making me rethink that.

Makes me wonder how bad his knee was? If he could do what he did with no off season and a bum knee, look out this year.

Just a bit of perspective and remember I backed Winston while he was here. I watched te Bucs Seahawks gave on NFL Network last week. The Bucs were up by three and had recovered a fumble and were in Seahawks territory. On third and 8 Winston drops back o pass and….just drops the ball. He just dropped it. Wasn’t hit, he just dropped it. Seahawks recover and score a few plays later. Game over. GEEEEESSSH. Thank god we don’t have to put up with that anymore. The Bucs getting Brady in FA for nothing will go down in NFL history… Read more »

Bringing up that Seahwks debacle was just another example of the ways Winston’s often erratic play would just demoralize the team and give an instant lift to the opponent. I too always supported him since “That’s my quarterback”, but son of a gun it sure became impossible at the end of the 2019 season. Absolutely ruined my family’s trip to London. It will be interesting to see what that punk Sean Payton does with him if his play continues. That ‘W’ he eats might just stand for “waived”.

An often underrated aspect of Brady is his toughness. He tore his ACL in the first game of 2008 and missed the season. That’s it, its the only time in 20 years he has missed any time. The Wednesday prior to the 2018 AFC championship game he hyperextended his right thumb so badly it caused the skin in the palm of his hand at the base of his thumb to burst open. He had surgery and 25 stitches in his throwing hand when he took the field four days later. He led his team to victory throwing for 290 yards… Read more »

All I can say is how arrogant the Patriots were thinking they could replace the GOAT.! Same thing for their fans that under appreciated the GOAT those last few years. Just think how even greater Tom would have been if Licht, Arians, Glazers was his dream team from the get go?