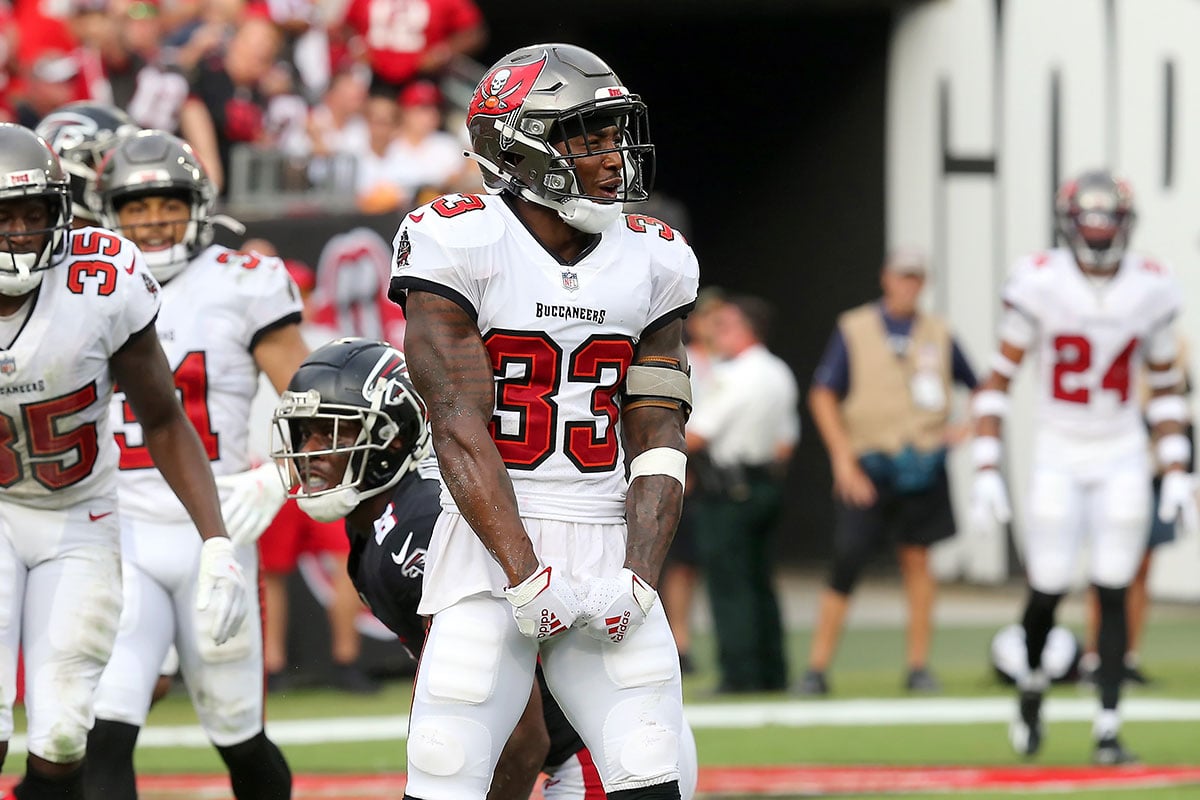 It’s crazy to think that the Bucs have yet to play a single snap with their starting entire secondary on the field together this season. However, that might be changing in the near future. Speaking on Bucs Total Access, Bucs head coach Bruce Arians indicated safety Jordan Whitehead could return soon.

“[We’ve got to] just continue to improve and stay healthy,” Arians said. “For us if we can put all our best players out there right now, which we have a chance to. Jordan should be getting close to coming back. We’ll see after that what happens.”

Whitehead has been sidelined with what Arians called a “very” significant calf injury since Week 13. His return will mark the first time since the Super Bowl that Tampa has had their entire starting secondary together in a game. The veteran safety missed Week 1 with a hamstring injury. Once Whitehead returned to the lineup, injuries had started to pile up. Sean Murphy-Bunting went on injured reserve with a dislocated elbow after Week 1. The next week Jamel Dean was knocked out of the game. Then in Week 4, Carlton Davis was injured and placed on IR.

In nine games this season, Whitehead has compiled 51 tackles, four tackles-for-loss and a forced fumble. In fact, 17 of his tackles have been made before the first down marker. Whitehead’s 81.4 run defense grade is eighth best amongst all safeties per Pro Football Focus. Over the last two games the Bucs haven’t been as strong as usual against the run. The impact Whitehead has in run defense doesn’t go unnoticed, and it’s clear the Bucs miss his presence in the secondary.

You can listen to the entire Arians’ interview right here on Bucs Total Access.

Whew! We’re starting to get healthy at the right time putting the league on notice.

I hope this means some of the DB starters will actually be playing in the Saints game? As much as I want to see our starting DB’s out there, the Coach wasn’t really saying they would be playing in the Saints game. JC Allen, how did you determine these players are ready to go from the Coaches quote? I picked it up as “the glass is half full” concept.

I’m focused on the Saints game, but yet there’s not much discussion about the Saints from Pewter Report and this is already Thursday.

Great timing. He will help the run D especially.

This defense has been much maligned this year. It’s almost as if people don’t realize we haven’t had our starting secondary ALL SEASON. At one point we were down to our 4th string CB as our CB1.
It’s great to see the team getting healthy at just the right time.