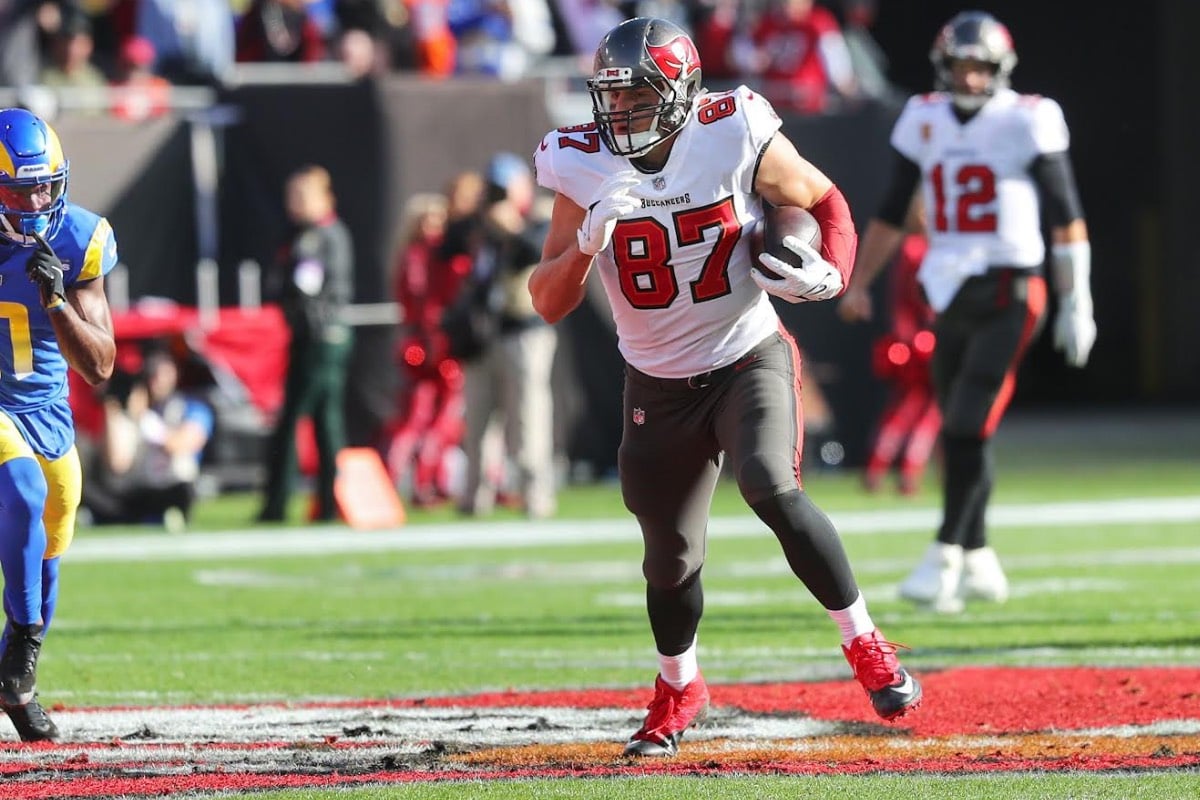 The Bucs have several questions concerning their roster in the coming weeks. The biggest, of course, is Tom Brady’s decision on whether to continue playing. Tying into that will be future Hall of Famer Rob Gronkowski’s own mulling of retirement. On Monday, the 11-year pro said he will take a few weeks to decide his future.

“The emotions are flying high,” Gronkowski explained. “Your feelings are all over the place. I believe you really can’t make a decision in that mindset. The process I would say is to take some time off, recover, let the body heal. See where your thoughts are. See where your feelings are, give it a couple weeks. Then go from there.”

“I would say about a three, four, five-week period right now,” Gronkowski added. “Just clearing your mind and letting everything heal. Then see where you’re at, at that point.”

Gronkowski hasn’t been shy about speaking on the physical toll an NFL season can take. In fact, he’s been very outspoken about the rigors of the game, but said at this point his body feels good. 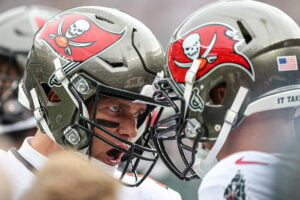 “Overall there’s nothing serious with my body that’s nagging me,” Gronkowski said. “Just the typical after football games normal bruising and soreness. But nothing serious.”

Since coming out of retirement to join the Bucs two years ago, Gronkowski has been a pivotal part of the Tampa Bay offense. He’s amassed 100 receptions for 1,425 yards and 13 touchdowns in 28 games. The All-Pro added another 17 catches for 226 yards and three scores in six postseason contests.

While Gronkowski has said in the past the only quarterback he would play with is Brady, he left the door open for a return even if the quarterback retires.

“There could be a scenario like that,” Gronkowski said. “I mean I’ll never throw anything off the board. You never know how anything’s going to play out.”

Gronkowski will take some time to make his decision. But he did thank his teammates and the fans, as well as possibly giving an early glimpse into his future plans.

Year 11 in the books 📚 What a ride it’s been. Grateful to the Bucs for giving me an opportunity to play another year. To my teammates, thank you for giving everything you had. The sweat we shed & memories made will never be forgotten. Thanks to the #Krewe too 🏴‍☠️

If Brady comes back Gronk comes back. They’ll take one last ride and after next year they will hang them up. Leftwich leaving is a good thing. We need a different play caller.

Yeah, because the current play caller only managed to produce the league’s second ranked offense, and the top ranked passing offense .. so we aren’t going to be satisfied with anything less than first in everything all the time forever.

Yet you are the one always saying that Brady calls the plays so which is it? I swear you just believe that all coaches are infallible. It’s laughable honestly. Stop pretending you know more than the rest of us. Your ignorance shows on every post

If you’ve really been a Bucs fan since 1976 like your moniker infers, you should recognize that, comparatively speaking, Leftwich did a great job when one stops to look at the offensive rankings and team record. Isn’t that what really counts?

Any older veteran player is going to ponder retirement after the last whistle. While Gronk might stick around if Tom Brady retires, I doubt he would unless we ended up with a top veteran quarterback in trade, like Russell Wilson who is used to using tight ends. I can’t see Gronk wanting to nursemaid a young apprentice quarterback.

Go compare Brady and Leftwich to Brady and McDaniels. Not even close. Byron Leftwich was getting out coached consistently. Arians says he would call the plays. We would be better off. Leftwich is not ready for prime time sorry.

Regardless of Gronks decision, we still need a TE; it will be based on what round depending on his decision. He too has another year in him. I think it’s all about the Tom Brady decision.

Gronk’s message is just showing his teammates his appreciation while looking forward to next season, especially if Brady returns.