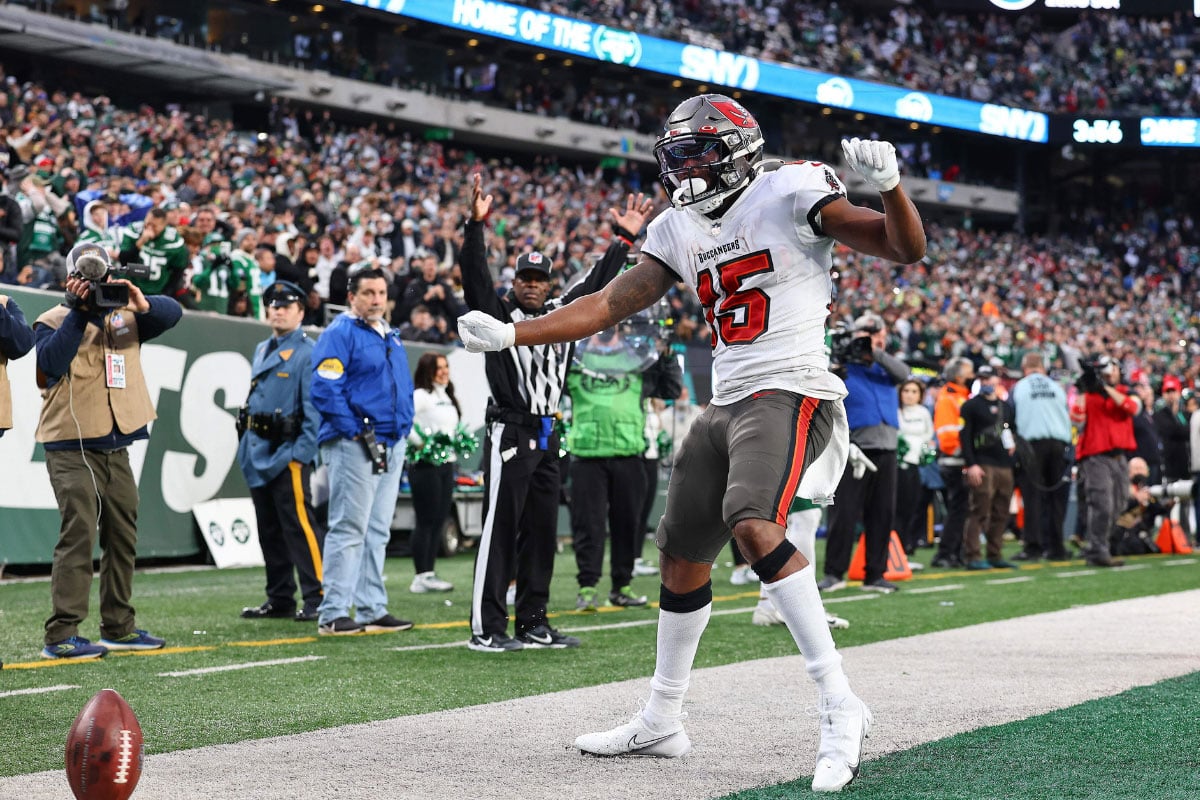 It was another comeback win for the Bucs on Sunday, as they beat the Jets 28-24 in the final seconds. Tom Brady’s 33-yard touchdown pass to Cyril Grayson with 15 seconds left was the difference. On Bucs Total Access this week, head coach Bruce Arians explained the game-winning play call.

“It was really set up for Cam [Brate],” Arians said. “And Tom read the coverage perfectly. They were playing kind of a matched up zone. He pumped Cam on the out. And the safety hung (deep) and the corner bit (on the out). So he threw a perfect ball and the safety couldn’t get there. So it was just a great play by Tom. And Cyril (Grayson).”

Grayson is quickly becoming one of the best stories of the 2021. The 28-year old is playing his first meaningful snaps in the NFL, and playing well. He now has back-to-back 81-yard performances for the Bucs. On the season, Grayson has 10 catches for 212 yards and two touchdowns. In the wake of Chris Godwin and Antonio Brown’s absence, Grayson has delivered.

“Tremendous hard worker,” Arians said. “Over the last two years, he’s by far the most improved player on our team. He just never stops working. Then when his opportunity came he seized it.” 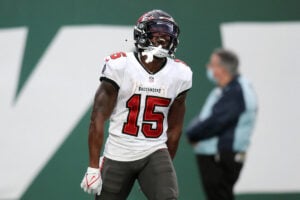 Last year, Grayson had zero catches and two drops on three targets. A former track star from LSU, Grayson has toiled away in the NFL for years after not playing football in college. In Tampa Bay, he seems to have found a home.

“Just catching the ball in traffic,” Arians said on the biggest improvements Grayson has made. “That’s very big, especially for a former track guy. They always have the speed, but the in-traffic (play), the cutting. He just keeps working and working at it. I asked Tom a couple weeks ago. He said, ‘Put him in, I trust him.'”

As for Brady, this is old hat for him. The Pro Bowl QB now has 53 career game-winning drives, tying Drew Brees (53) for the second-most in NFL history. Brady trails only Peyton Manning (54) heading into Week 18.

“He’s done it so many times in his career,” Arians said. “When you’re in the huddle with him you’re like, ‘Ok, we’ve got this.’ I thought he played outstanding.”

The Bucs return to action against the Panthers on Sunday at 4:25 pm EST.

I think Grayson will be a difference maker in the playoffs. He’s showing good hands, running good routes, doesn’t back away from getting hit and he has speed to burn. Right now I have him as the Bucs #2 WR. The one thing Johnson was supposed to be better at was having great hands but after that drop near the goal line last week I’m not so sure. Grayson is way faster and a much better blocker.

Johnson’s been disappointing. I thought after the glimpses we saw last year he would really step up if he got an opportunity this year. He’s had the opportunity virtually all year and just hasn’t shown very much, like the dropped TD last week. At least Brady was still going to him on the last drive so maybe he still has a chance to come up big.

I listened to a live interview of Cyril Grayson on NFL Radio earlier this week. The interviewer asked Cyril what it was like to play with Tom Brady. He replied that earlier this year, he messed up on a play in practice and Brady ripped him for it and explained what he should have done differently .. and then finished up by telling Grayson, “You know, I wouldn’t be riding you this hard if I didn’t believe in you.” Cyril said that really inspired him to work harder and get better.

One play doesn’t make one a star; hopefully he has at least found the road.

Grayson’s coming along nicely. Not sure if he’ll be ready for primetime in the playoffs but we’ll see. I don’t think Grayson’s football speed is anywhere near hear his track speed though. On the pass he caught against Carolina he was 4 or 5 yards behind the defender and was caught easily. If he can keep producing the way he has recently then who cares.

The playoffs where Playoff Lenny was born. Perhaps WR Grayson can do the same in this year’s playoff? Could happen! Lord knows we could sure use someone to step up and out and distinguish himself. These r the times when legends r born.

Gee, everyone really liked that deep pass for a winning TD? I’m miffed. I thought some of you preferred to refrain from taking chances and would rather play more conservatively. (Never should have let Mike Glennon go) I’ll bet the analytics folks would have called for a play-action 3 yard pass.