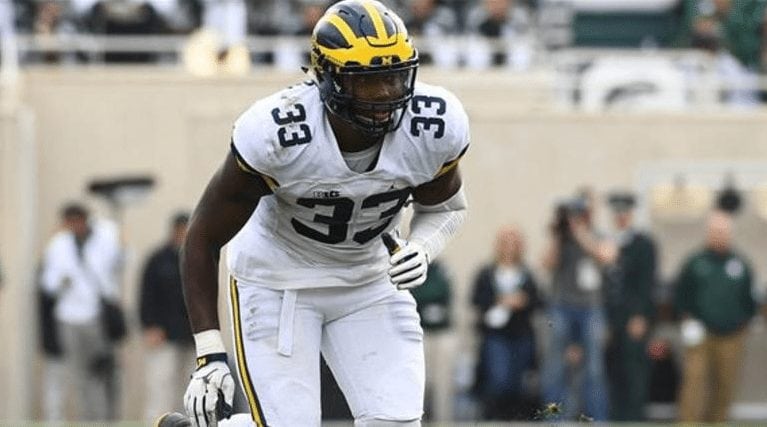 In this week’s Cover 3 column, PewterReport.com took a look at one of the top draft prospects coming out of the University of Michigan this year, and that is Jabrill Peppers, a player who could be a fit for the Bucs defense.

On Wednesday, it was reported by Rick Stroud of the Tampa Bay Times that the Buccaneers hosted a different Wolverine for an official visit in Tampa this week, defensive end Taco Charlton.

ESPN’s Mel Kiper mocked Charlton to the Buccaneers in the first round back in January, and he’s been a player who has been up and down in mock drafts throughout the offseason.

In his four years in Ann Arbor, Charlton (6-foot-6, 277 pounds) recored 28 tackles for loss and 19 sacks. He’s a traditional 4-3 defensive end who plays with his hand in the ground as a pass rusher. Though somewhat limited explosively, Charlton knows how to win on the edge and inside. With his size, I’m sure the team was looking to see if they could get a complete run stopper as well as a pass rusher. If they’re taking him in the first round, that’s what they’ll hope to get.

Charlton has also met with the Saints, Redskins, Dolphins, Lions and Cowboys.

Maybe second round if he was there.

I love the Wolverines, but Taco is not worthy of a first round pick. He routinely lolly gagged all over the place at Michigan.
GO BUCS

I only saw him play in 2 games! In those games he was all over the QB so yes IMO he can rush the passer. If he is better than Golston good trade bait.