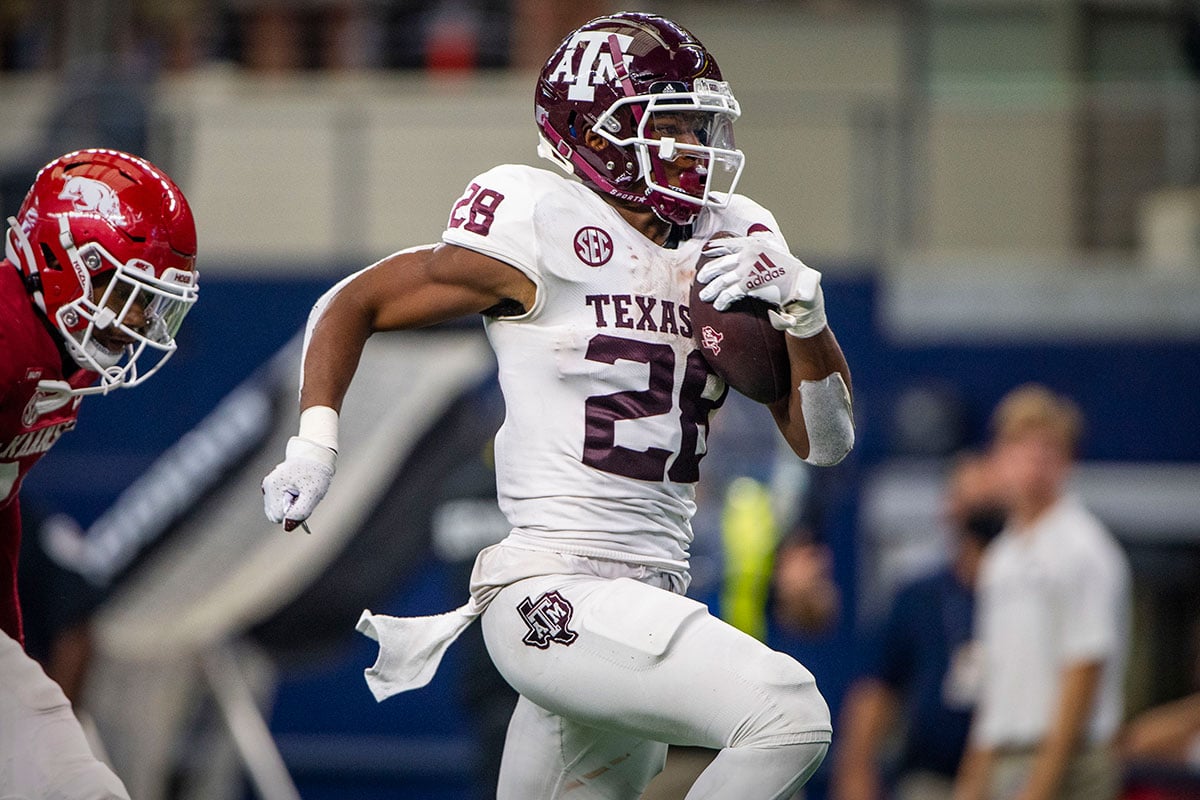 It was a busy day Tuesday for the Bucs. In addition to bringing in Nebraska cornerback Cam Taylor-Britt, they also hosted Texas A&M running back Isaiah Spiller. The Draft Network’s Carmen Vitali was first to report the Top 30 visit.

Texas A&M RB Isaiah Spiller was in for a Top 30 visit with the Buccaneers on Tuesday.

Spiller has been on the Bucs radar for quite some time now. He had an informal interview with them at the combine, and have shown steady interest in him throughout the draft process. The 6-foot, 217-pound back is a true north-and-south runner, who displays exceptional power and vision when hitting the hole. While he doesn’t possess incredible long speed, running a 4.63 in the 40-yard dash, he has excellent short-area quickness. A patient runner, Spiller allows blocks to develop and has good contact balance extending plays when not fully wrapped up.

While the former Aggie needs to work on pass protecting, mostly technique, he picks up blitzes well, buying enough time for his quarterback to get rid of the ball. He is also a willing blocker downfield, helping to extend plays. Spiller was under-utilized as a pass catcher, but fared well as a receiver. He’s never had less than 20 receptions in his three seasons, but only eclipsed 200 yards through the air once. The two-year starter shows good hands and tracks the ball well. He was mostly used on quick outs, wheel routes, and screens. 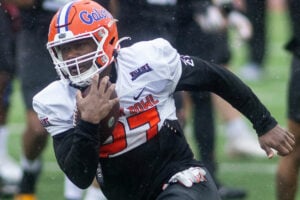 In his three years at Texas A&M, Spiller racked up 2,993 yards on the ground (5.5 avg.) with 25 rushing touchdowns. Through the air he reeled in 74 receptions for 585 yards with one score. He finished his collegiate career with back-to-back 1,000 yards seasons, posting 1,011 yards as a senior. One knock on Spiller is his eight fumbles over his three seasons, most in which came fighting for extra yards.

With Leonard Fournette back in the fold on a three-year deal, Giovani Bernard returning, and the coaching staff’s praise for Ke’Shawn Vaughn, it would be surprising to see the Bucs use a high pick on a running back. However, there is no back on the roster that can do what Fournette can do if he falls to injury.

Projected to go in the second round, his 40-time could see him slip into the early third. Tampa Bay would most likely need to use their second round pick if he were to fall to him at 60. The Bucs will also have Florida running back Dameon Pierce and Cincinnati running back Jerome Ford, a Tampa native, in for their local pre-draft workout on Thursday.

Spiller could be a good back to add by committee. He’d likely be the immediate #2 back, and could take a little workload off of Lenny. That being said, I’d hope we’d use our 2nd round pick for a DT, OG, CB, or SS. RB falls behind all those positions in priority, IMO. Hell, maybe TE too.. I definitely wouldn’t break my remote if Spiller ended up a Buc though..

His speed is pretty slow. Doesn’t mean everything, but sure doesn’t excite me. Depends where he goes etc I guess.

He is excellent as a three down back, which is why they brought him in.

only RB I’d take before round 3, is Breece Hall. But only way we’d get him is in round 1, or early 2nd in a trade back

Glad to hear we’re brining in Dameon Pierce for a visit. Would love to grab him in the 3rd. If you haven’t watched any film on him yet, do yourself a favor.

Nothing gets my blood rushing faster than bringing in a lead footed RB for a pre draft interview.