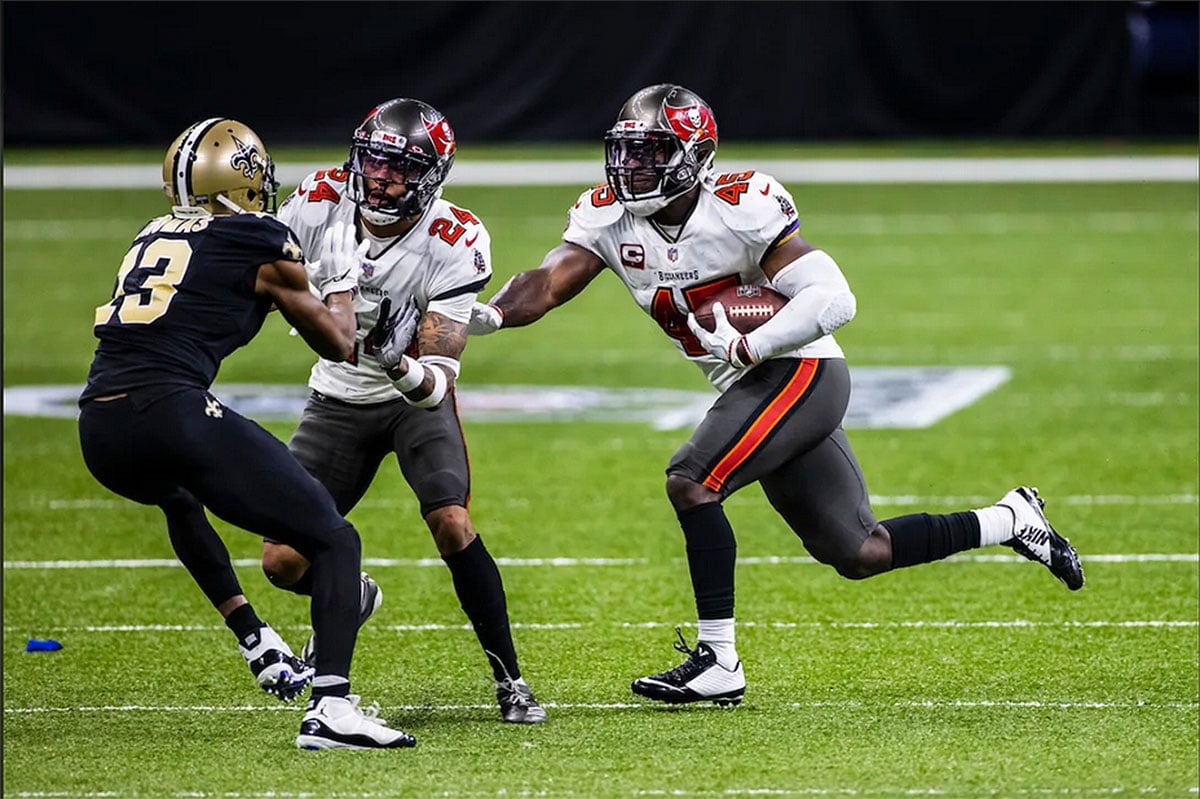 No, his nickname isn’t “Cheetah.” That’s reserved for Kansas City wide receiver Tyreek Hill. Yet Bucs inside linebacker Devin White is out to prove he’s the fastest player in the NFL as he’s set to race three NFL receivers on Thursday.

Given his fondness for horses, perhaps White’s nickname should be “Horsepower.” He ran a 4.42 at the NFL Scouting Combine in 2019. That time was actually faster than the 4.44 that Jefferson ran at the Combine last year. Jefferson and White were teammates at LSU.

“I was born for this,” White said in a video promoting the race. “I came out the womb the quickest. Them other boys in trouble.”

The fastest recorded time of the quartet of NFL runners is Ruggs. He blazed a 4.27 in the 40-yard dash in Indianapolis in 2019. Hardman ran a 4.33 official time at the Combine that year.

My money would be on Hardmen but I wish Devin the best. Doesn’t mean that you’re not good but I just don’t need my LB trying to cover Julio Jones.

Yeah, but what about covering Kyle Pitts?

Ask the WFT QB that was trying to get to the first down marker on the right sideline late in last year’s playoff game just how fast White is. Of course, he’ll have no idea because he never even saw White as he came out of nowhere to blast that poor QB into next season.

Scotty my man…hate to break it to you…but White was out vs WFT due to Covid. It was a huge void…I’m quite sure Heineke would have had a much tougher time had White played. He wiggled away from Minter and others a few times…White would have lit him up.

You might be thinking of when he leveled Derek Carr and almost bowled over Gruden in the process. Now that was glorious!

This sounds like fun. I hope if they are getting paid some of it is going for a worthy cause.

You peaked my interest enough that a went and downloaded the BR app to watch! Not sure how offical the times are but each player had lasers set up every 10 yards like the combine does?
Hardman’s 4.22 takes it but man Devin weighs as much as Hardman and Ruggs combined and still came in 3rd at 4.37. Beat out his old teammate Jefferson, he’s a beast of an athlete!

If he keeps on improving his past coverage he is going to be very good.