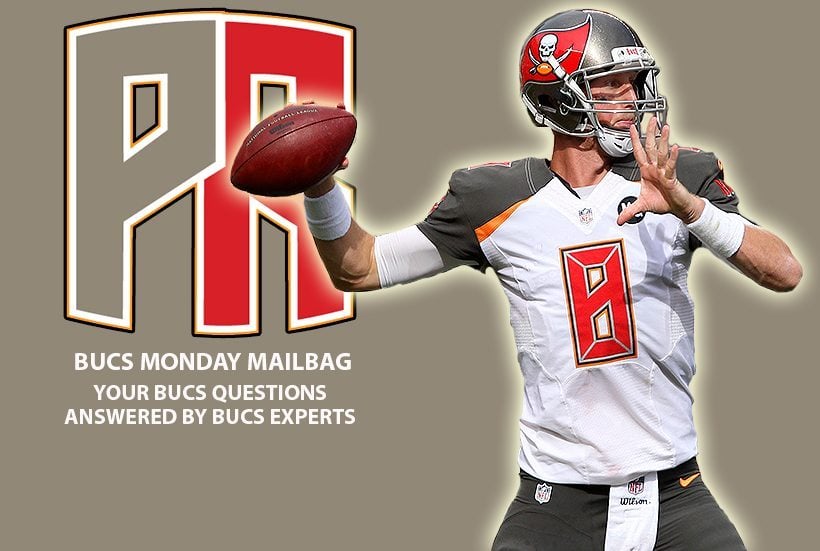 Question: There seems to be some quality safety help in FA, will the Bucs look to upgrade? Guys like Tre Boston, Eric Reid, Morgan Burnett, Kenny Vaccaro and Bradley McDougald may all be on the market.

Answer: I think adding a safety, maybe more than one, will happen in free agency and the draft. The Bucs were pleased with the progression of Justin Evans, but never really settled on someone to play beside him. Chris Conte, T.J. Ward and Keith Tandy all took reps, and while it is a position that Mike Smith will substitute during a game (unlike corner), I am sure Smith and his staff would prefer to have the same two guys back there for most of the defensive snaps.

As far as your list of available, I would scratch McDougald off at least. The Bucs had a chance to re-sign him on the fairly cheap last season and didn’t (for a reason). We still can’t say for sure what that reason was, but it was obvious that there was a problem or he would have been back, and most likely wanted to come back. Reid is interesting and most likely won’t break the bank. He played well at times at safety, but after coming back mid-season last year from an injury, the 49ers wanted to give him some looks at linebacker. He made the switch, but ended back up at safety a few games later after an injury. He is definitely athletic and a physical player. He’s notched 10 career interceptions since coming out of LSU in 2013. He is versatile, playing both free and strong safety and that could appeal to Tampa Bay.

Question: Do you foresee Licht drafting a backup QB this year? We’ve heard so much about how great Ryan Griffin has been, but when Griffin was healed up he never got a chance when the season was over.

Answer: I think, at this point, it is a position that is really low priority for Tampa Bay. As of now, it is just Jameis Winston and Griffin on the roster, but the team could bring Fitzpatrick back for one more year, or it remains possible Mike Glennon could end up back and red and pewter after losing his starting job in Chicago. The Bears can cut Glennon and save a ton of money, as he is scheduled to be a $16 million cap hit in 2017. I think the quarterback position is something the Bucs are taking very seriously as they still wait for a final verdict from the league on the Winston groping allegations.

I suppose if one fell to the late rounds and the Bucs had a mid-round grade on him then they could take a chance, but most likely they will add someone in free agency as opposed to a rookie. They have a bit of time invested in Griffin at this point, but as you noted they still aren’t sure exactly what they have in him.

Question: Free agents Bucs are most likely to go after? If we sign a RB, do we still draft one early?

Answer: I think cornerback and running back are two positions the Bucs look strongly at in free agency, and of course the priority being pass rush help. As far as names, little smoke is coming from One Buc so it would just be a guess at this point. Scott Reynolds mentioned free agent running back Isiah Crowell a few weeks ago, and I like the idea of brining in a No. 1 veteran back and then also drafting a rookie. I do believe the Bucs would like to take a back in the first few rounds, and actually wanted to last season, but ended up going with some players at other positions that they had graded higher. You can’t really argue with the Evans, Kendell Beckwith and Chris Godwin selections they ended up making. But with just Jaquizz Rodgers and Peyton Barber as backs with experience on the roster, it is a strong bet that it will be a high priority position this offseason.

Question: If you could bring back one former Buc, who’s prime was with the Bucs (so not Steve Young or Bo Jackson), to play with this current team, who would it be?

Answer: Wow, that is a great question and one we should do a full staff series on. (The check is NOT in the mail, but thanks anyway).

There are so many to choose from. I could go old school and say Lee Roy Selmon and even Doug Williams and feel pretty good about my player. Then I could more modern era and pick a Derrick Brooks, John Lynch or even Ronde Barber, but my guy is and always will be, Warren Sapp. Sapp was my favorite player to wear a Tampa Bay uniform. He was also a guy that frustrated me at times and intimidated me a times, but one I never got tired of watching for three hours on Sunday. And over the years we have gotten to know each other better and I think have a mutual respect. I wish I could tape and play back all the phone conversations. The guy was, and still is gold when interviewing him. He has no filter and tells it like it is. I know some of you reading this will say Sapp was a jerk, or even worse, but he was your jerk and on Sunday for several years, and was there anyone you would have rather have had giving opposing offensive lines fits? Make no mistake, Sapp was the heart of the Bucs defense and the single greatest draft pick in franchise history. He turned this franchise around.

I also asked Reynolds and Trevor Sikkema who their choice would be. Scott said he would take a Simeon Rice in his prime for what this team need now. He thinks Brooks was the best Bucs player ever and Barber was his favorite to cover. Sikkema went with me, and said Sapp. He is pretty smart sometimes, especially for a Gator.

I’m good with bringing Fitz back on a one year deal.

No one should be good with bringing Fitz back EVER. The Curse is real and this time it got BOTH the starter and the 3rd string. Let one of our division rivals have him!

The Buc’s were awarded an unexpected compensation pick albeit second from the last in rd 7. Being an Ohio state Alum I have watched JT Barrett for 4 years. He won a national championship multiple awards and holds several OSU all-time QB records. While Ohio State is not viewed as FSU around here I doubt if there are many who would argue they have one of the best programs in the country and Urban Mire has added to there greatness. Yet I hear nothing of JT as related to the draft. He could play back=up QB, Wildcat, RB, WR and… Read more »

Great minds think alike. Sapp is my first choice too. All of the other greats are distant seconds.

Not distant, I hope. The question was who would you get to play for this current team. Sapp is a great choice, and on the field, was my second favorite to Derrick Brooks, so he is a real good answer. But you can’t discount the impact that a Rice, Barber or Lynch would make on this team. Not in any particular order. They are all areas of need and would be great picks. I think the obvious pick would be Rice for our EXTREME need at DE. Brooks is my favorite player of all time, but we do not need… Read more »

A defensive end is critical and Simeon Rice would have been perfect! Yes Sapp is HOF, but we have a stronger need for defensive end. As to Fitzpatrick and Griffin we both know what they don’t have, same for Glennon. Got to find another backup quarterback. No way the Commissioner is going to suspend Winston, he’s got an NFL player he said he was in the back seat. Believe what you want to believe, but it’s not the same situation; NFL could be sued by Winston and he would win many millions.

One player to bring back in his prime? Uhmm Lee Roy Selmon, is that really up for argument?

Not at the top of anyone’s list in terms of performance, but if Josh McCown does not get another “Baby Sitting” job for a new QB this season, I would not be opposed to him returning to play with Winston. After all, he deserves it since it was his play that gave us Jameis. All kidding aside, Josh is a great influence on anyone; just a great person and he loves to teach. I think that he would be good for Jameis as he learns to navigate the complicated world of the NFL QB. Plus, McCown can win a few… Read more »

aaaand Ziggy Ansah is tagged…not looking too good for us trying to find a DE. Gotta hope for a diamond in the rough this draft