Q: In your opinion, what are Bucs’ first three position priorities for the upcoming draft?

Answer: Winning a Super Bowl and bringing back all 22 starters has its’ advantages. The biggest being, there aren’t a lot of holes to fill and it opens up your draft board to endless possibilities instead of focusing on an immediate impact starter. So for me there are no clear-cut priority positions. For the team itself, I am sure they have analyzed the roster, the upcoming 2022 free agents, the age and health of every player, and know quite a bit more with how they want to prioritize things.

At this point the Bucs front office will likely be focusing on depth pieces and young building blocks. A couple positions could use some depth and those players will also need to be core special teams players as well. 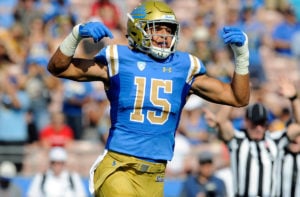 While I don’t think they draft one early, the inside linebacker position will likely be addressed in this draft, if things fall into place for the team. As mentioned above, the Buccaneers don’t necessarily need a rookie to step in and be a major contributor this season, certainly not at inside linebacker or even on the outside for that matter. So just because they are a little thin at middle linebacker doesn’t mean they reach for one in the first couple of rounds. Same with pass rushers.

Another position I believe the team wants to upgrade is at running back. While a rookie probably doesn’t crack the starting lineup with Ronald Jones II and Leonard Fournette back for the 2021 season, both are slated to be free agents after this year, so looking to the future would be wise.

Q: Aside from Roberto Aguayo and Vernon Hargreaves, if you could have a do-over on any of the first three round picks of Jason Licht, who would it be? And who would you have drafted instead, based on the information the team had at the time?

Answer: If we are taking 2016 out of the equation, I would likely go back to Licht’s first ever draft in 2014. He hit a home run with a future Hall of Famer in wide receiver Mike Evans in the first round, but followed it up with tight end Austin Seferian-Jenkins then came back with running back Charles Sims in the third round. Sims proved to be better than Seferian-Jenkins to a degree, but when you are talking the 69th overall pick you’d like to see a lot more career production than 2,140 total yards from scrimmage and eight touchdowns.

Seferian-Jenkins was an ultra-talented player but a total bust for the Buccaneers, finishing his NFL career with just 1,160 yards and 11 touchdowns. His 2016 DUI charge was the end of the line for Seferian-Jenkins in Tampa Bay, and rightly so. I can’t remember if it was former general manager Mark Dominik or current general manager Jason Licht who told me a number of years ago that teams rarely miss on the talent evaluation these days in the NFL, instead they miss on the “neck up” evaluation. That was 100 percent the case with Seferian-Jenkins, who had maturity issues coming out of college that continued in the NFL.

In terms of who I would have drafted instead of Seferian-Jenkins, the list is long. Carlos Hyde, Lamarcus Joyner, Davante Adams, Allen Robinson and Jarvis Landry all would have – in hindsight – been better draft picks.

An argument could also be made for the 2015 draft with the overall No. 1 pick being Jameis Winston. But Licht followed that up with Donovan Smith and then Ali Marpet, both fixtures on Tampa Bay’s offensive line and key contributors to their 2020 Super Bowl season.

Q: Very little is being talked about when it comes to Kyle Trask out of Florida. What round do you expect for him to go in and would he be a great addition to sit behind Tom Brady for a year or two to learn?

Answer: Apparently you aren’t a fan of my weekly column, The Hook, that comes out on Thursdays. I kid somewhat, but Trask was actually the subject of my January 28th column where I wrote exactly what you stated. Trask would be the perfect fit for Tampa Bay to develop behind Brady. 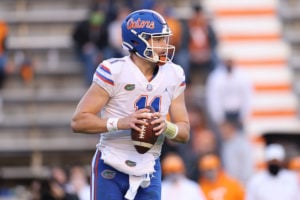 We know the Buccaneers like Trask, but how much is still up in the air. He’s not flashy, doesn’t have a cannon for an arm and isn’t in Brady’s class in terms of a team leader. That isn’t to say he isn’t a leader at all, but he isn’t one to rally the troops with a rah-rah halftime speech. Think more along the lines of Brad Johnson in terms of leadership. The film doesn’t lie however, and Trask’s film is outstanding. I love his accuracy, his work ethic, his smarts and toughness.

Where Trask goes is really all over the place. Some mocks have had him as a late first rounder, while others see him falling to the second or even the third round. As I mentioned in a question above, the Buccaneers have the luxury of not being forced into drafting a specific position due to the fact a majority of the team will be returning. This might be the perfect year to take a gamble on a player like Trask if he falls into their laps.

Q: Will the Bucs keep Antonio Brown or should both sides move on?

Answer: In terms of the last piece of the free agent puzzle, Brown is the final significant piece left to fit into the masterpiece. And it looks like they have made the decision they would like him back, however the question of price is still up in the air. We as a staff actually debated that in our weekly PR Roundtable on Sunday. I personally felt it is time to move on from the veteran receiver and develop the younger receivers as Brown, if he did come back, would just be a one-year rental. Plus I still believe there is a volcano waiting to erupt at some point in Brown’s off-field life.

Not everyone agreed with me, but at the end of the day it doesn’t matter what anyone in the media think, it is what the Bucs front office and ownership decide to do. No one is questioning Brown’s talent, but is he worth the money he and his agent feel he deserves? The Bucs have been wise to wait it out, and clearly there aren’t teams lining up to acquire this services.

Four of the front 7 on the the team are over 30 and there are no holes to fill? Suh is the oldest and JPP is the next senior me member of the staff. Take your pick about which one is going to retire next and go after that position if the players merits the draft order. Stop selecting QB’s with high round draft QB’s, especially any from Florida. I see no current starting NFL QB’s that played for Gators and the ones in the past haven’t exactly lit up the scoreboard. If history has taught the Buc franchise anything… Read more »

And your successful track record as a NFL GM is with which teams?

There’s gotta have been some better questions than that, that could have been answered I’m sure.

Ha…glad you said it Charlie. I love this column but these were weak. Draft Priority and AB? I know it’s slow but these have all been WELL covered by PR.
I’d want to know what we think Brate’s trade value is (not advocating it AT ALL but it would be nice to know what they could be looking at if they decide to do that).
Lots of have been talking about trading out of the first round to pick up more picks…would love to see some prior trades where that happened and what the compensation looked like.

What questions did you and Charlie submit? I’m sure Mark is taking them for next Monday.

How nice to start my morning with a chuckle about the questions posed to Mark Cook. Either few inquiries are submitted that are thought-provoking or Mark just selects the easy ones for which the answer has been given many times or is common knowledge to most of us. Of course, many in the news media ask questions of sports figures for which the answer is either obvious, can’t really be answered or is of little interest to anyone. Why even ask the question? Every year folks ask who the Bucs are going to draft expecting some secret information to be… Read more »