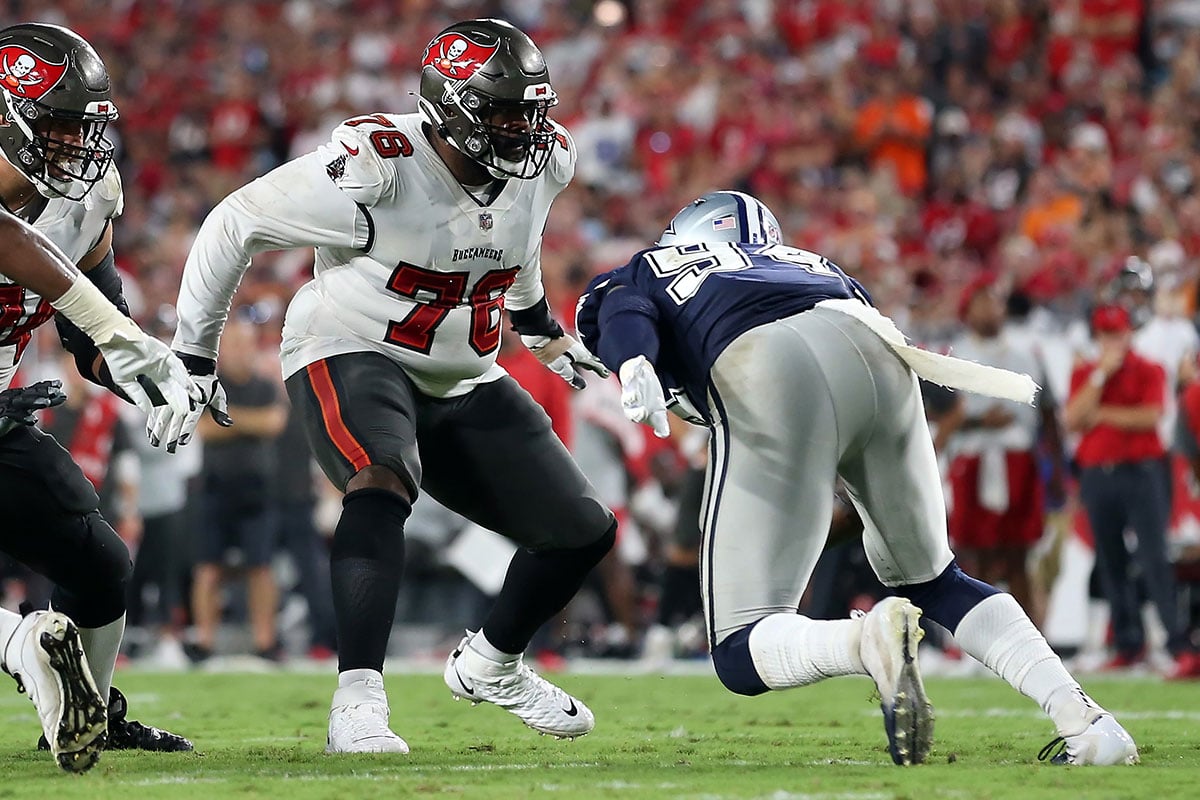 You can see it in his history of draft picks, spending five premium draft picks over the years on the position group.

You see it in his offering big contracts to both external and internal free agents over the years.

It is part of the reason why quarterback Tom Brady felt comfortable signing with Tampa Bay in 2020.

It appears the assets that Licht has sunk into ensuring the Bucs offensive line is paying off. NFL grading site Pro Football Focus recently released their offensive tackle rankings highlighting the top 32 tackles in the league. The Bucs fared well in the rankings with both starters Tristan Wirfs and Donovan Smith making the cut. 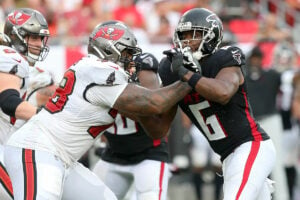 Wirfs, who Tampa Bay drafted 13th overall in the 2020 draft, ranked third overall on the list. This put Wirfs in PFF’s elite tier one range.

What is most remarkable about that ranking is how quickly Wirfs has been able to establish his dominant play. Entering just his third professional season Wirfs is six spots and two tiers ahead of the next closest tackle around his age range.

With San Francisco’s Trent Williams and Green Bay’s David Bakhtiari, who are ranked ahead of him, Wirfs has a good chance to establish himself as the best tackle in the league in 2022. Both Williams (age) and Bakhtiari (injury) face legitimate questions about how well they can maintain their level play. However, Wirfs is a good bet to continue to ascend.

Meanwhile, Smith comes in at 24th on PFF’s list. This places Smith in tier seven on their ranking system as a good starter. Smith entered the league as a below average player at the tackle position in 2015. But according to PFF’s grading metrics he has improved every single year he has been in the league. In working on his craft and steadily improving each year Smith has earned the trust of both the Bucs coaching staff and Brady.

The Bucs feel really good about their offensive line heading into the 2022 NFL season and a big part of the reason why are their two fantastic bookends.

Wirfs is a stud. Smith has always been inconsistent and below average in his play. However he has been above average in staying healthy.

You on the other hand are far below average as an NFL commenter here at Pewter Report.

Smith has improved every year they say… and is the 24th ranked OT in the league. That says a lot. As does the tape of him standing around instead of finishing blocks.

Wirfs is the best we have had since 74
We need to look at upgrading Smith, it’s crazy how much $ Jason has paid him

Smith is serviceable at best. Slow footed mostly. Always falls for the inside move.

Smith consistently need tight end help when faced a quick or fast edge rusher. Surprise he is ranked that high. Wirf is no question a real find.

You folks who think Smith is a below average tackle need to watch the games and see how he compares to others at his position. Stop focusing on the one or two plays a game you hope to occur to support your narrative and judge him, and any other player, on the entire body of work. This offensive line has not yet lined up together, but last season’s version was pretty darned good.