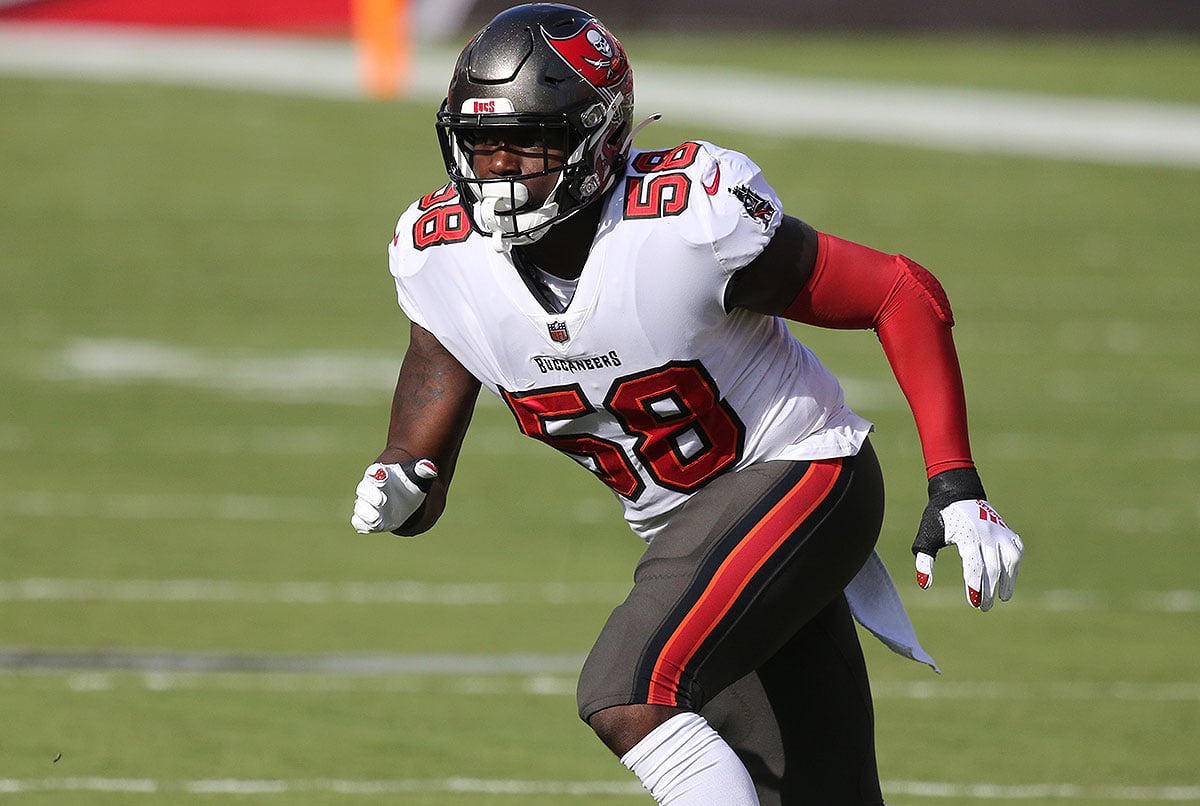 For the second straight season, ESPN is polling more than 50 league executives, coaches, scouts and players to rank the top 10 players in the NFL at each position. ESPN’s Jeremy Fowler released the first article in the series on Monday, a ranking of the league’s top 10 edge defenders. The Bucs’ Shaq Barrett just missed the cut, listed as the first player in those also receiving votes. An executive had this to say about the Bucs 28-year old pass rusher.

“He’s a pure pass-rusher and very talented, but not sure he’s as complete a player as others on this list. The Bucs needed to wait and see on him with the franchise tag. But he was [great] in the playoffs and [is] a helluva player. But if we’re talking top 10, that’s a tough sell for me.” — AFC exec

Barrett wasn’t listed on the 2020 edition of these rankings, even after a league-leading 19.5 sacks. Many thought it could be a fluke, and maybe a number that ridiculous was. But Barrett was a force for the Bucs when it mattered last year, picking up four sacks in the playoffs after eight in the regular season. He’s consistently been one of the top pressure-producers in the NFL, even when his sack numbers fell off in 2021.

In a recent ranking of the top 32 edge defenders in the NFL, Pro Football Focus listed Barrett ninth. That ranking was ahead of Danielle Hunter, Von Miller and Chandler Jones, all three of whom made the ESPN top ten. I think Barrett is a really good player, but the 8-12 range feels right for him. Considering where he’s come from, it’s incredible how high he’s risen.

Bucs OLB Jason Pierre-Paul did not make PFF’s top 32, nor was he mentioned in ESPN’s “just missed” group.

My 2021 NFL Edge Defender rankings will release later this week.

If Vea stays healthy the entire coming season Shaq will make this list next year.