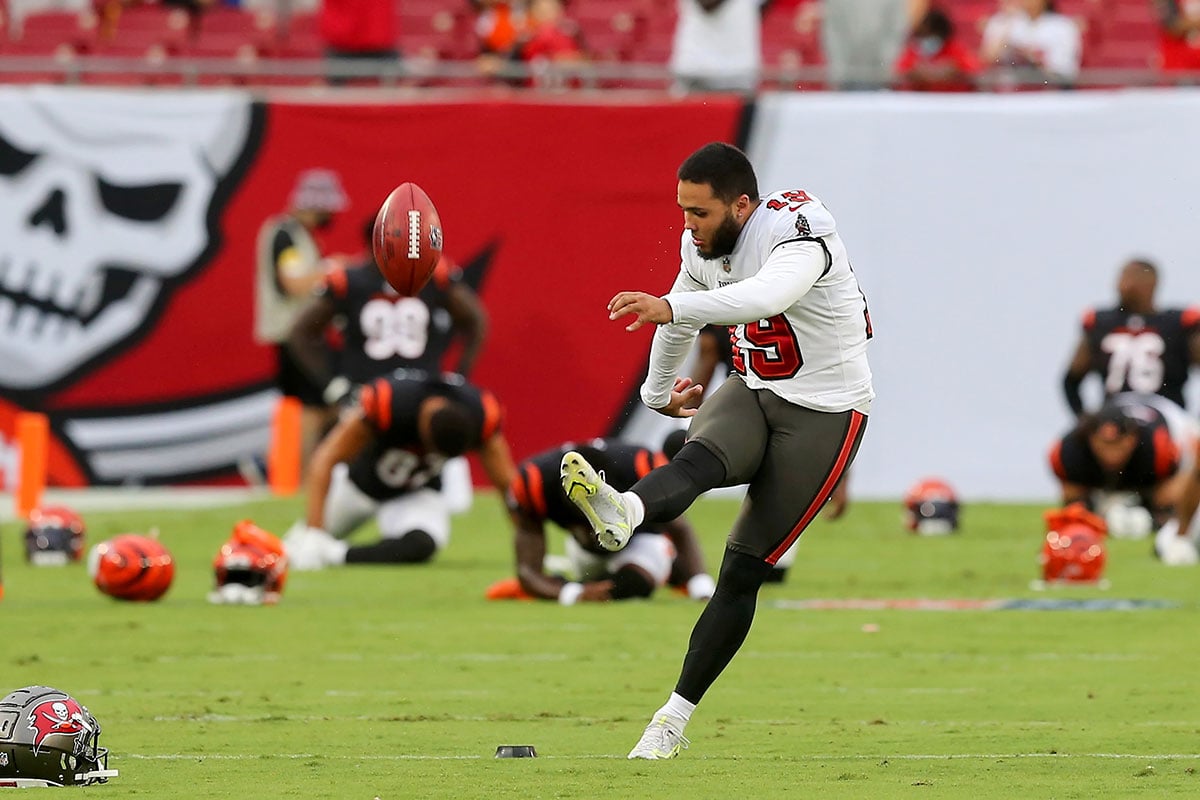 It seems like as soon as the Bucs get a player off the Reserve/COVID list, they put one right back on. The newest addition to the list is rookie kicker Jose Borregales.

Borregales signed with the Bucs as an undrafted free agent following the draft. The rookie kicker was impressive throughout training camp showing off his leg and accuracy. He initially made the team’s 53-man roster out of camp but was waived when injured players were activated. The team was fortunate he passed through waivers unclaimed and re-signed back to the practice squad where he’s been all season.

As the team’s emergency kicker, Borregales has been on practice squad protection nearly every week of the season. The only week he was not protected was Week 1, as he was signed back to the practice squad too late to be protected. He has not been elevated to the active roster this season.

The former Miami Hurricane was the best kicker in college last year. He won the Lou Groza award as the best kicker in the nation. In his final year of college, he made 20 of 22 field goal attempts and all 37 extra point tries. Borregales played at Florida International University before transferring to Miami. He finished as the school’s all-time leading scorer with 281 points.

Good thing that vaccine works so well and makes Omicron mild. Oh wait Omicron like a mild cold anyways. So what was reason we all need the experiment again? Such BS. Every country is reporting same thing too that 70-96% getting sick now are vaccinated!

No politics! Plenty of other sites to express your views. Please don’t suck the joy out of Pewter Report.

Stick to something you know even less about – football.