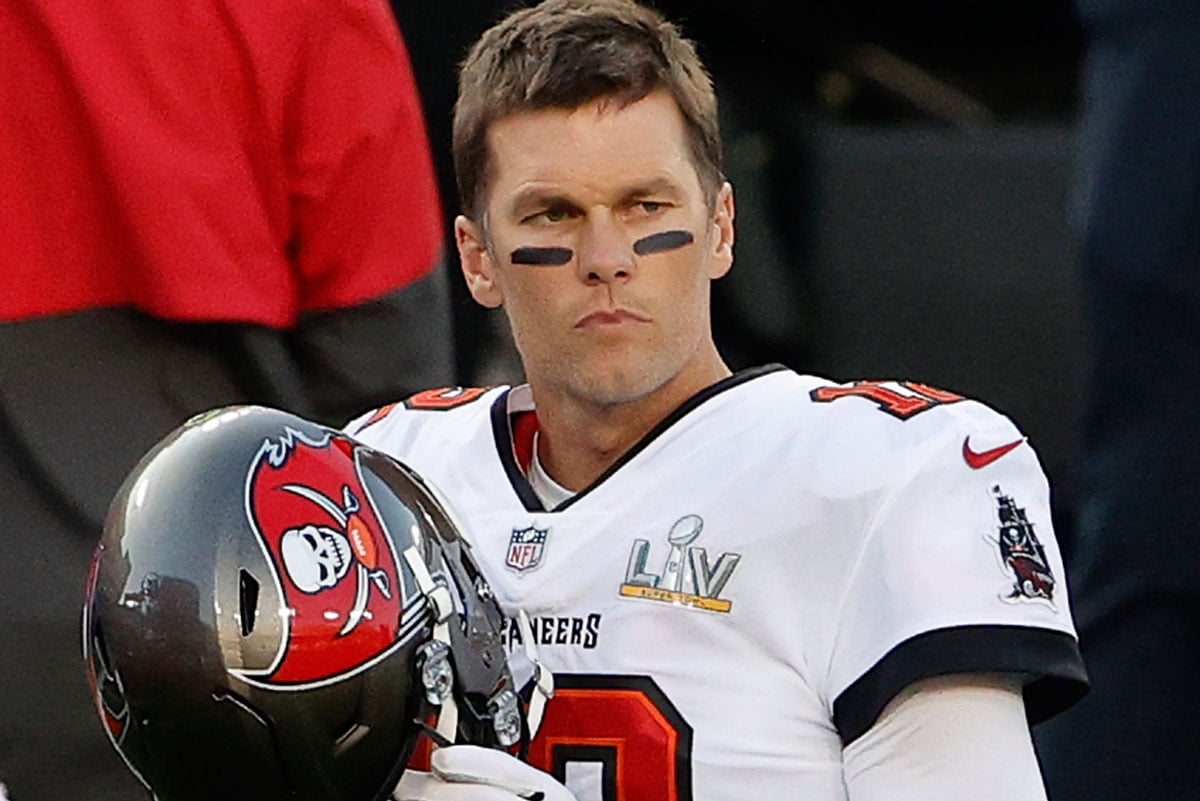 On Wednesday the NFL passed a new rule, relaxing the stipulations for which positions can wear certain jersey numbers. NFL Network’s Tom Pelissero first reported on the approved rule proposal, which has led Bucs QB Tom Brady to venting his frustrations on Instagram.

Tom Brady is NOT happy about the new NFL number rule 😳 pic.twitter.com/0wE9Te15Nj

On Brady’s first Instagram post, he writes “Good luck trying to block the right people now !! !! going to make for a lot of bad football”. About an hour later in a second post, Brady wrote, “Why not let the lineman wear whatever they want too? Why have numbers? Just have colored jerseys…why not wear the same number?…DUMB”, while also tagging the NFL and NFLPA’s Instagram handles.

I asked some former quarterbacks why this might matter for their position, and nobody could figure out what Brady is talking about. I can definitely understand how relaxing the jersey number rules can be confusing for viewers who are used to seeing their favorite players in certain numbers, but NFL teams study all week for that matchup. They’ll be well aware of a few number changes. It certainly shouldn’t do anything to impact Brady, or the offensive linemen figuring out who to block. They’d just be communicating different numbers than the year before, which is typical anyway as rosters and lineups change year-to-year.

Brady is the GOAT for a reason, and hopefully we get to ask him why he’s frustrated about this rule change. Several of his teammates seem to be excited for it, with RB Leonard Fournette and LB Devin White, among others, suggesting on social media that they’ll pursue numbers changes this offseason. It’s also possible this is Brady being funny, although I’m not sure I see his angle there either. Certainly a strange stance for the Super Bowl-winning quarterback to take without giving us an explanation as to why the rule change will make life harder on offenses this season.

Its probably because every year they keep tinkering with things. It seemed like there used to be very little change from year to year and over the past 4 or 5 years it seems like they are always changing something every year. Football purists don’t like change. He’s set in his ways and this is probably more work when you have to make split second decisions. The only thing I wish was that he kept it to himself because now they won’t stop talking about it. if he throws a pick to one of these guys that’s all we are… Read more »

I can see a defense like the Patriots taking advantage of this as they like to run 2 down lineman on third downs with the rest of their players standing up. That is going to cause confusion for offense and this change does favor defenses for sure.

As Buc76 and Alldaway 2.0 touched on, I can see where this does effect a split second decision for veterans in this league. Tom is used to seeing LBs and DBs in certain numbers and the way LBs are moving towards faster coverage guys, the D should be able to use this to disguise coverage a bit more early. It’s a small thing and likely won’t matter except for a lil extra studying but I am not going to tell Tom Brady what does or doesn’t matter. Guy probably has a rain man football brain and now he has to… Read more »

I’m betting the offensive linemen will block the guys running at TB12 regardless of what number they are wearing.

Ok bad example, thanks for letting me know there is an O line. An O line has never let a corner blitz run free to the QB either? Good to know that as well.

TB12 can be a bit of an odd duck sometimes. Seems like this is one of those occasions.

“Odd” in the sense of being the greatest NFL player in all history. Other than that, he’s decidedly a regular sort of guy whom the other players and coaches love to play with.

It’s because he understands the game on a whole different level than virtually every other player and most coaches. Brady’s ability to read defenses is one of the things that sets him apart and these changes, although minor to most people, are things that can reduce his effectiveness.

There’s a method to his madness. For years and years, he’s played QB a certain way. There’s certain matchups he’s looked for. A slow LB on Woodhead, Vereen, or White. Or a small DB on Gronk. Or a S trying to keep up with deep slants from Godwin or Miller. And with those matchups, there’s always been a common number designated for those matchups( corners 20-30, safeties-30-49. LB’ers- 50-59). So a last second decision, once the ball is snapped, that had Gronk being covered down the seam by #24( 9 times out of 10, a CB), would instantly widen Brady’s… Read more »

Of that’s just great. I get a new #45 White game jersey and he changes numbers. Just another one to hang in the back of the closet with my #12 Godwin.

Get off my damn lawn!! What do you expect from a guy who’s been playing football longer than most players have been alive. He’s like my son, a true purist, who still doesn’t like replays, or any other rule changes.

Tom Brady is the master manipulator at the line of scrimmage. His constant battle is run against disguised coverages. Messing with the numbering scheme of those players adds a level of complexity that was not present before. Whereas most NFL quarterbacks are playing checkers, Tom Brady is playing three dimensional chess, and every bit of information that his brain processes is devoted to that kind of thinking. This kind of a change probably won’t matter to most quarterbacks in the league. It matters to TB-12, likely also to Aaron Rodgers, and Russell Wilson, and perhaps a few other top tier… Read more »

I don’t get how this is an issue for anyone except the players that get to wear what they want. How does a number, change what you can and cannot see or judge from behind the line of scrimmage when bodies are flying all over the place? Pre-snap, the player’s either there or going there, see what # he’s wearing and call it out… Maybe if your scared of the Derrick Brooks, Joh Lynch, Lawrence Taylor, Devin White, LVD type of guys I get it, you know them by their infamous number, but that is rare. Every team doesn’t have… Read more »

I just don’t get it.

Well you’re not Tom Brady are you!

Exactly. TB12 sees the game in a way few can even know, much less understand.

“Everything looks easy when you don’t know what you’re talking about.”
Words to live by.