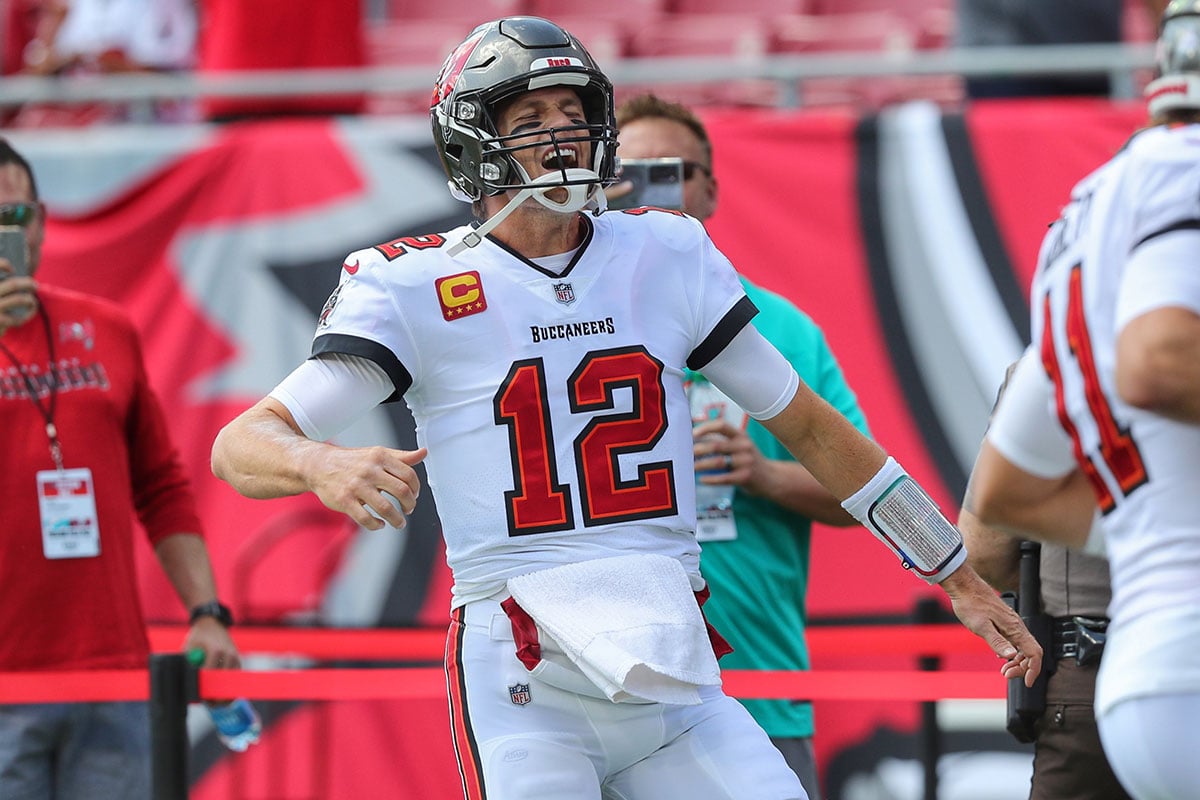 After throwing for 411 yards and five touchdowns in Sunday’s 45-17 win over the Dolphins, it’s no surprise that Bucs quarterback Tom Brady was named the NFC Offensive Player of the Week.

Brady is the third Tampa Bay player to win a weekly award this season. Punter Bradley Pinion won the NFC Special Teams of the Week award after the Bucs’ season-opening win against Dallas. In Week 2 it was safety Mike Edwards winner the NFC Defensive Player of the Week honors for his two pick-sixes against Atlanta.

Brady has now been named NFC Offensive Player of the Week twice since joining the Buccaneers last year. He also won the honor in Week 4 during the 2020 season, throwing for over 300 yards and five touchdowns in a come-from-behind win against the L.A. Chargers.

Brady has now won 32 Player of the Week awards, extending his record for the most-such awards in NFL history.
In Sunday’s win, Brady completed 30-of-41 passes (73.2 percent) for 411 yards and five touchdowns, earning a 144.4 passer rating. He did not throw an interception for the fourth consecutive game, breaking his own team record by throwing 203 consecutive passes without an interception. Brady led all quarterbacks in Week 5 with his five passing touchdowns and 144.4 passer rating, while finishing second in passing yards.

Brady has now thrown for five or more TDs in a game for the ninth time in his career, tying Peyton Manning for the second-most such games in NFL history. Sunday also marked the 12th regular season game in which Brady has thrown for at least 400 yards, tying Ben Roethlisberger for fourth in NFL history. In Brady’s 22-year NFL career, he had never thrown for 400-plus yards and had at least five TD passes in the same game.

Except for a meaningless INT on a hail Mary and a bad bobble by Lenny, Brady would would have 15 TDs with ZERO INTs for the season. What a refreshing liberating change after so many years of self inflicted passing wounds by Freeman, McClown, Glennon, Fitz and Winston.