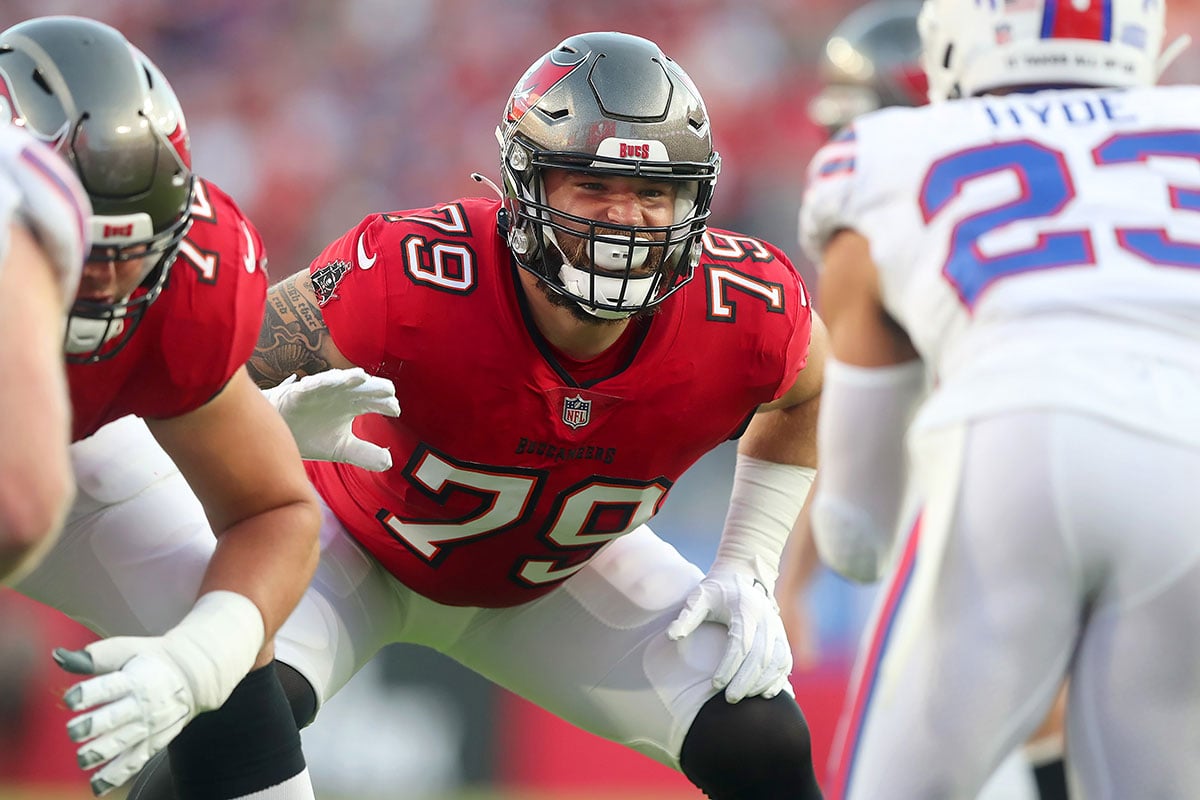 The Bucs have re-signed defensive lineman Pat O’Connor to a one-year deal. Greg Auman of The Athletic reports.

Bucs bringing another free agent back for 2022 — defensive linemen Pat O'Connor, who led the team in special teams snaps, has agreed to terms on a one-year deal. Missed end of last season with a knee injury.

O’Connor was initially not offered a free agent tender by the Bucs at the start of free agency, but the window was still open for a return.

This is O’Connor’s fifth year with Tampa Bay. He has built a steady foundation making the 53-man roster over the last two seasons. Previously, O’Connor fluctuated from the practice squad in other years.

O’Connor has carved out a good role on special teams. He’s received praise from coaches for being able to contribute in such a role that most defensive lineman can’t do.

Unfortunately, O’Connor suffered a torn ACL injury in Week 15 that cost him the rest of the season. While getting very limited snaps throughout his career, O’Connor had started to develop more as a defensive lineman, recording one sack in 2020 and a half sack in 2021.

One of the more notable moments of his career came in Week 3 of the 2020 season the road against Denver. In that game O’Connor blocked a punt that set up the Bucs’ first touchdown.

Along with being a special teamer, O’Connor has been known to an important locker room fit for the roster. He’ll join Vita Vea, Will Gholston and Rakeem “Nacho” Nunez-Roches on the interior line for this upcoming season.

Well, we have one more body to the DL room, but only 2 guys qualified to be starters. Draft DL, and then draft more DL.

great!! i’m a big fan price relative..he is a good special teamer and was developing as a pass rusher high effort guy..sucks he got hurt, his body was filling out stronger and faster..gotta pull for a guy like this

Agree parnelldickinson… wow that’s a blast from the past! Remember him well. Gotta pull for guys like O’Connor who just hustles to make up from any lack of talent. Good back end roster guy.