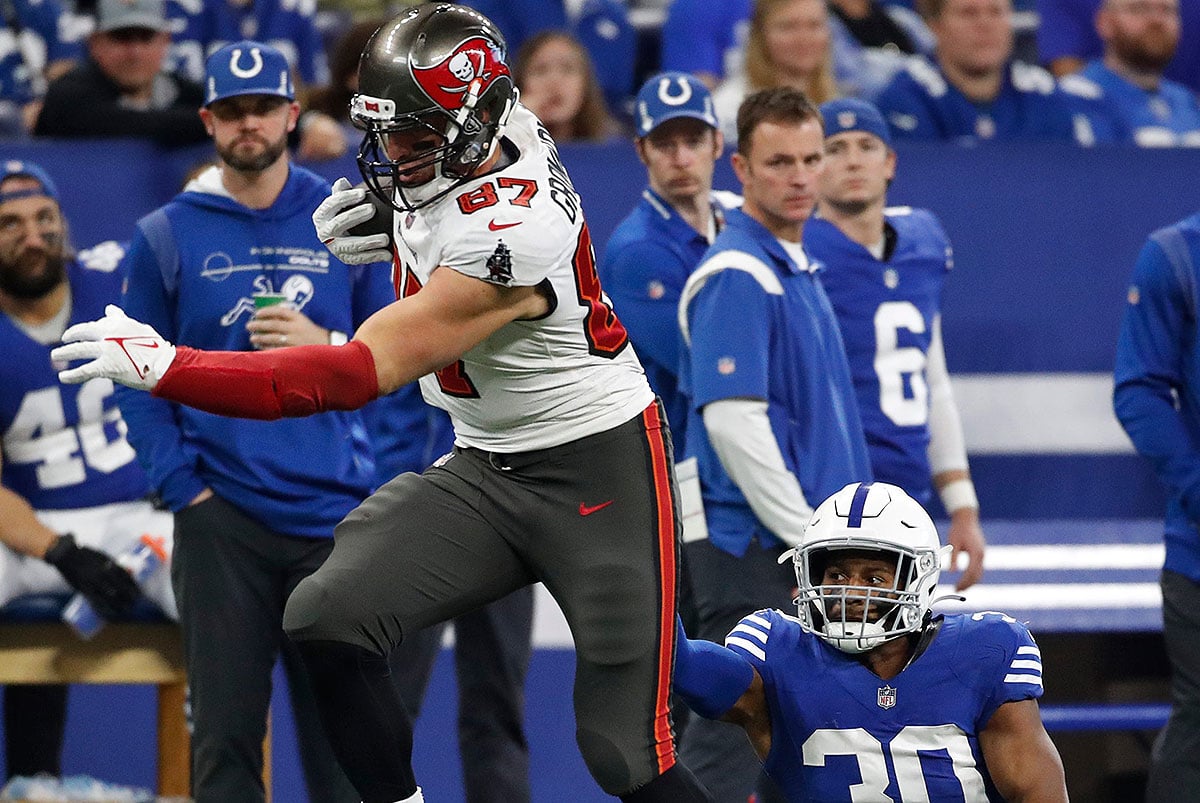 Bucs tight end Rob Gronkowski had seven catches for 123 yards in Tampa Bay’s 38-31 win at Indianapolis on Sunday. That 100-yard receiving game inched him closer to breaking the all-time record for most 100-yard receiving games by a tight end, which is 31 – held by Hall of Famer Tony Gonzalez. Gronkowski, a future Hall of Famer himself, has 30 100-yard games and said he’s been eyeing Gonzalez’s record since last year in a recent interview on NFL Network.

Gronkowski’s 123 yards against the Colts was the most receiving yards he’s had in any game for the Bucs. He had one 100-yard game last year – six catches for 106 yards – in Week 12 against Kansas City.

That won’t be the only NFL record Gronkowski owns. In Tampa Bay’s Super Bowl LV win over Kansas City, Gronkowski caught two touchdown passes from Tom Brady, which gave the duo 13 touchdowns, breaking the all-time career postseason record for TDs by a duo, which was 12, set by Joe Montana and Jerry Rice.

While Gronkowski has had a storied NFL career with 595 career catches for 8,862 yards and 90 touchdowns, he likely won’t catch Gonzalez in terms of career yards or catches. Gonzalez set the NFL record for most career catches with 1,325 and most career receiving yards with 15,127. In fact, Gonzalez is third on the NFL’s all-time receptions list behind only Larry Fitzgerald (1,432) and Jerry Rice (1,549).

I absolutely Love watching Gronk out there. He is just so big an long, I Love watching him lean into hits and barely budging. Two game ago they showed someone trying to chip him at the line and he barely budged before just going out on his route. He’s got such great hands and size it looks like a man amongst boys out there Haha.

Well I certainly support that thought!