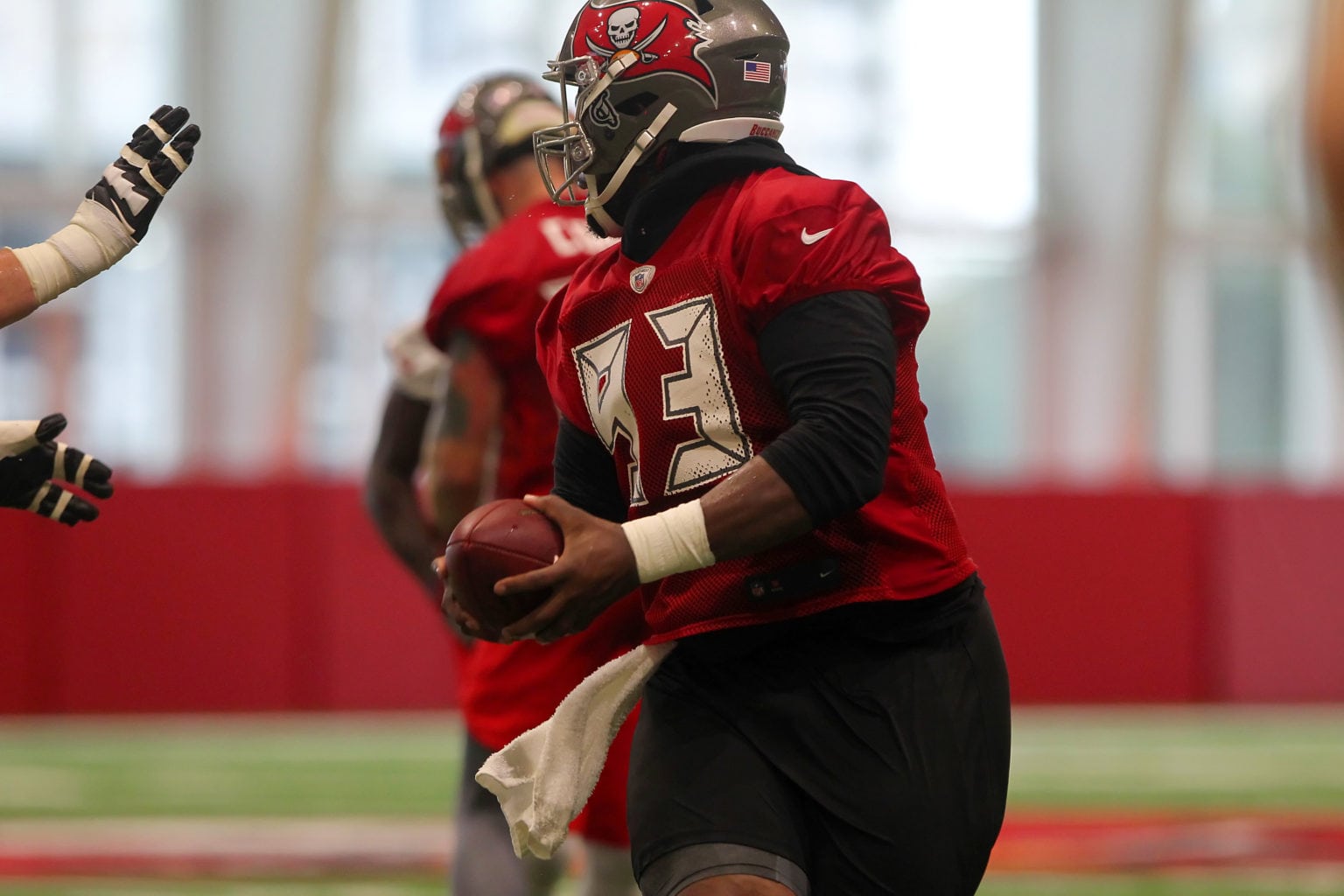 For Thursday’s training camp Play of the Day at Bucs camp, a likely hero made an unlikely play…

Well, you don’t see this everyday…

Winston, as the second-team QB, throwing a pass that was intercepted by DT Gerald McCoy: pic.twitter.com/1IhLjjTDyl

We all know Gerald McCoy for the plays that he can make in the backfield, often bringing quarterbacks down. But, on Thursday, he brought a pass down in the form of an interception instead.

McCoy nabbed the first interception of camp, which has to be a first for him, even in his ninth year in the league.

He was pretty happy about it — but Kwon Alexander may have been even happier as the defense’s hype man.

Thanks, Mac, I have copied this.

Being a clunky typist I appreciate any shortcuts I can get. If it was not for Ctl-C I would have to curtail my self expression online. *.o)

That play looked awfully physical for no pads