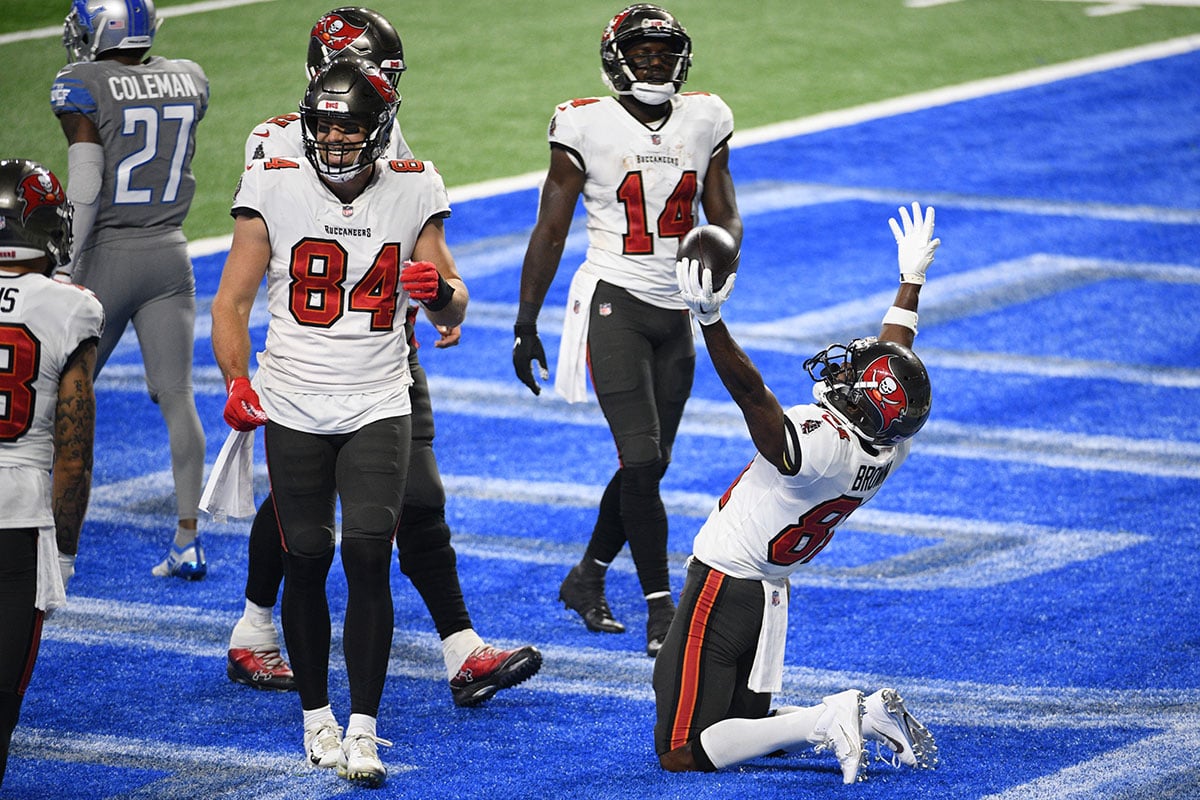 The signing of Bucs receiver Antonio Brown last season was met with a ton of scrutiny as the troubled, yet talented player, had a number of legal issues still unresolved at the time.

One of those is now in the rearview mirror according to NFL Network’s Ian Rapoport and Brown’s attorney, Sean Burstyn.

Burstyn said in a statement that the Pro Bowler has completed his probation that came from an incident in which he was alleged to haver attacked a moving truck driver in 2020. The probation was completed a full year ahead of schedule.

#Bucs WR Antonio Brown’s probation was terminated a year early and his criminal matter related to his battery case was finalized. A statement from lawyer Sean Burstyn: pic.twitter.com/rnr32Za399

The driver, Anton Tumanov, said he was moving Brown’s belongings from California to Florida last year when the incident took place. Tumanov has filed a civil suit against the Bucs Brown, which is still pending.

Throughout his prime Brown was arguably the most prolific receiver in the NFL. He had seven Pro Bowl selections and four First-Team All-Pro nominations in his first nine seasons. He also led the league in receptions twice, receiving yards twice and receiving touchdowns once. After a year spent away from football Brown returned to show that he isn’t nearly out of his prime yet. The 32-year-old veteran re-entered the league with Tampa Bay in 2020 and made his debut with the Bucs in Week 9 after serving an eight-game suspension. And then went on to finish the season with 483 yards and four touchdowns on 45 receptions, with all of his touchdowns coming over the final three games of Tampa Bay’s season.

In the postseason, Brown hauled in another TD in the Bucs’ wild card win at Washington. But he suffered an injury the next week against the Saints that forced him out of the divisional round game. That injury kept him out of the NFC Championship Game against the Packers. Returning for Super Bowl LV against Kansas City, Brown had five catches for 22 yards and a touchdown. That score gave the Bucs a 21-6 halftime lead.

Glad to hear it. Now he can concentrate on rehabbing the knee and putting this team on the path to another Super Bowl. I think hes going tho have a kick ass year

Glad too he can focus all on football.

This is exactly the type of thing he needs to blow up next year. I think he’s going to have a great year.

No more drama Antonio, just football. Ur a little too old to be doing these types of things. U have been given a second chance. Make the most of it my friend!

That’s good I guess, but the guy is nuts. He’s magnet for trouble and doubt it’s last time he’s in trouble. So many issues and so many different people saying same thing. Where there is smoke there is fire. Personally don’t know if signing him this year was worth it? Time will tell. If Godwin and Evans are hurt a lot again then maybe I’ll change my mind. That was odd year though and we have so many weapons too now.