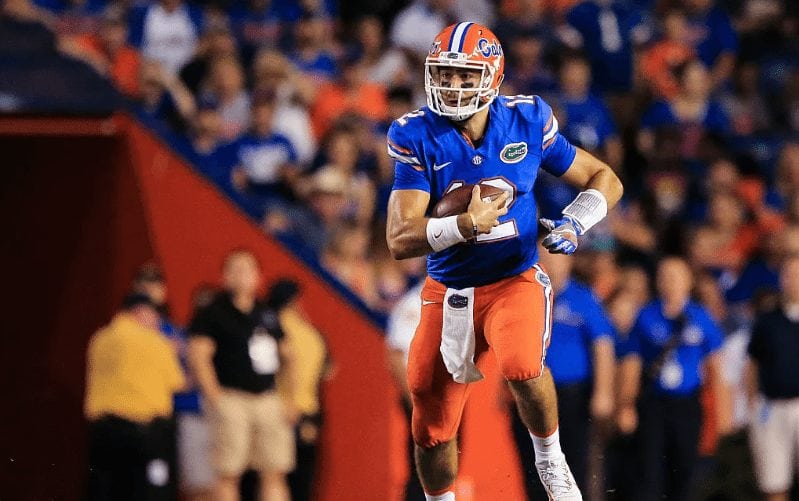 The NFL Draft’s pre-draft visit process is somewhat confusing if you don’t know the rules.

Each team gets 30 official all-expenses-paid visits. These are for the prospects from all over the country who are most likely going to be taken in the Top 100. Not only do these private workouts and meetings help determine who a team will draft the year of, but the data and conversations also get stored away into a filing system for whenever these players become UFDAs a few years down the road.

After those official visits, there are things called “local visits”. These visits are classified as visits from prospects who are from the surrounding area of a franchise’s location (a 50-mile radius). So, for example, bringing in a prospect from a school like USF wouldn’t have to count as an official visit for the Buccaneers.

Sometimes, however, prospects from within the state are invited to at least attend local workouts, and Tampa Bay Times reporter, Greg Auman, announced that former Gators starting quarterback, Austin Appleby, will be one of the quarterbacks attending the April 14th local workout in Tampa.

Appleby, a former Purdue transfer, threw for 1,447 yards and 10 touchdowns for the Gators this season, starting seven games. At Purdue, Appleby started for two seasons and threw for 2,709 yards with 18 touchdowns during that time.

At Florida’s Pro Day, Appleby ran a 4.8-flat 40-yard dash. It was the first time he was able to workout in front of scouts since he was not invited to the Senior Bowl or the Combine.

After his Pro Day, Appleby spoke on what he showed scouts for his only pre-draft audition.

“I think I put my best foot forward,” he said afterward. “I’ve been training for the last three months to get my body in shape to come out here and take my one opportunity, not having a combine, not having a Senior Bowl. I was a little upset about that, I think I deserved that, but at the end of the day you don’t count your reps, you make your reps count. I knew what today was for me.”

Appleby is currently projected to be a late-round pick, at best, but will most likely be an undrafted free agent.

Well, if football doesn’t work out for him, Mr Appleby could always open up a Chili’s franchise.

This guy was horrible at Purdue, modestly terrible at FL….. don’t waste the sunshine or turf on him…