Bruce Arians’ pass game is built on two letters: G-O. “Go”. Versatile and aggressive, it is fitting that Go (also known as 989) is not only a day 1 install for the Bucs, but also the very first pass play in Arians’ playbook. With Mike Evans, Chris Godwin and Scotty Miller, Arians’ cast fits his scheme better than Michael Caine in a Christopher Nolan film. Against Middle of the Field Open (2 High Safeties)

When the defense shows a 2-safety look, regardless of man or zone, Arians wants his quarterbacks to begin their read with the delta read route. Delta read, more commonly known as middle read, is an adjustable post route. The route flattens against single high looks so that the receiver cuts across the free safety’s face. Against middle of the field open, the route has just a slight bend so the receiver can split the two safeties. Depending on the exact type of coverage, a two high defense could leave the delta read receiver one-on-one, if not wide open in a soft spot between the linebackers and the safeties.

If the delta read route is covered, the quarterback moves onto the hole shot. Also known as the honey hole, the hole shot refers to a soft spot in two high coverages between the cornerback and safety moving off the hash.

Finally, if neither the delta read or go routes come open, the quarterback can check it down. The running back and tight end both have check fan routes. This means that they help with pass protection before breaking off to find space as outlets in the pass game. Against zone defenses, this delay creates a vertical stretch, and consequently, opens space for underneath passes.

The last wrinkle against middle of the field open coverages is the Buc route. This is a variation of the delta read route used against Tampa 2 that exploits the middle linebacker’s deep drop. Instead of continuing the post route, the receiver stops in the open space over the middle of the field.

Against Middle of the Field Closed (Single-High Safety)

When the defense shows a single-high safety look, regardless of if the coverage is man or zone, the quarterback’s first read becomes one of the two outside go routes. This is what Arians is really looking for. The Buccaneers often use Evans and Miller on the outside go routes, and free safeties can’t help against both.

To make it even more difficult for the defense, Tom Brady knows how to use his eyes to hold, or even move, the free safety.

The second route in the progression is the delta read. In practice, this is often difficult to throw against single-high defenses. As the name suggests, middle of the field closed coverages usually create a natural 2-on-1 against routes over the middle. However, the Bucs’ outside threats are so good that single-high coverages are still the ideal matchup for this play.

The only obvious weakness to Go has nothing to do with the concept itself, and everything to do with the Bucs’ personnel. That big weakness is the blitz. In theory, Go has built-in answers against pressure with its’ two check fan routes. The tight end and running back should both be able to assist in blitz pickups so that the quarterback has time to step into a deep throw on the outside. Unfortunately, the Bucs’ running backs were horrendous in pass protection in 2020. Per PFF, Ronald Jones and Leonard Fournette ranked 63rd and 76th, respectively, amongst running backs who had at least 20 pass blocking snaps in 2020. Luckily, free agent addition Giovani Bernard ranked 9th amongst the same group.

Arians packages Go in many ways. Shotgun or under center, drop back or play action, spread splits or condensed formations, everything is in play. Likewise, because Go is a versatile concept, the concept does not necessarily need direct counters. However, there are two plays, more extensions than counters, that Arians uses to compliment Go.

The first play is Bench. The main difference is that, instead of go routes, the outside receivers run bench routes. These are effectively deep outs that can become corner routes against safety rotation. 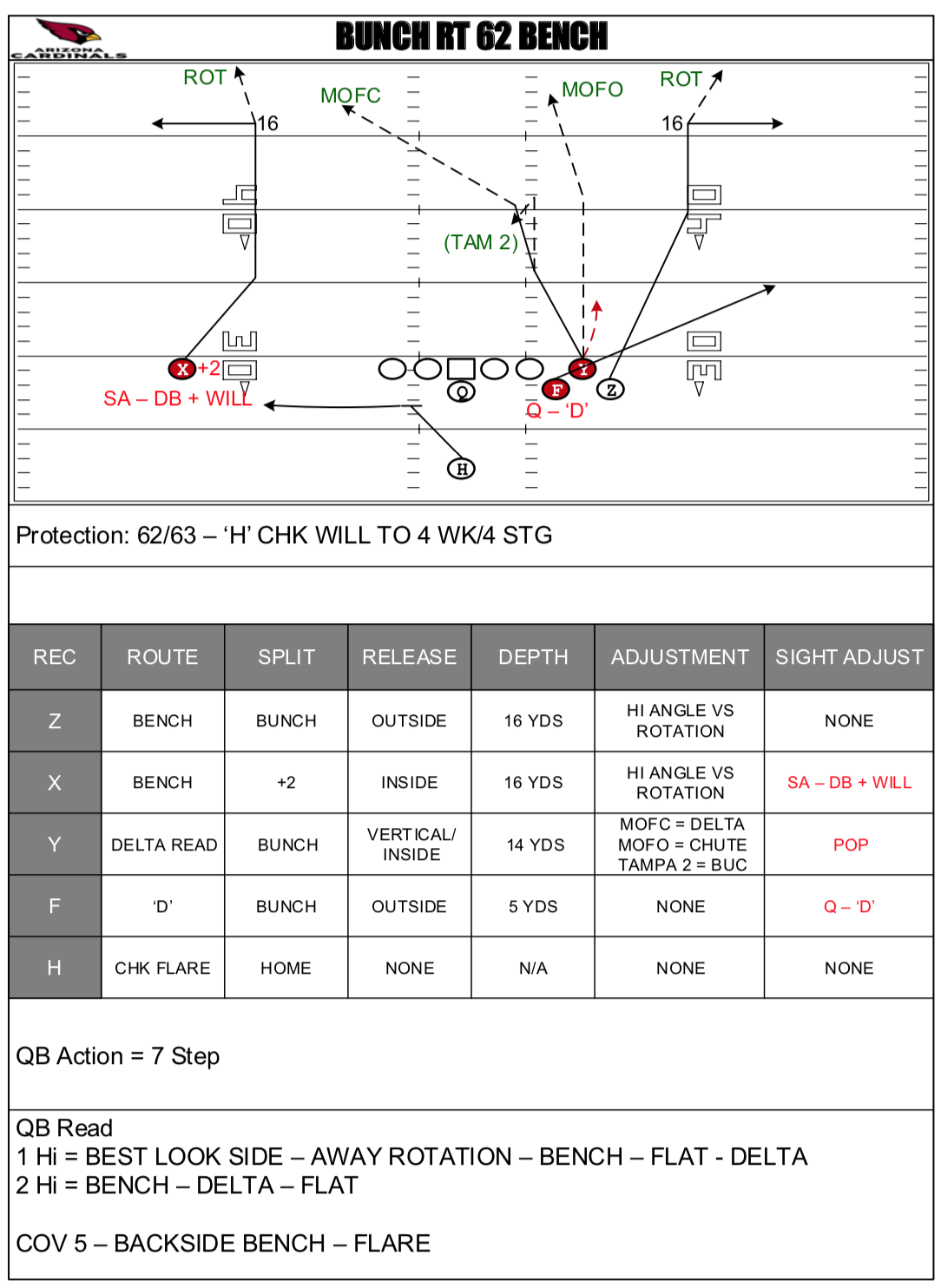 The second extension is Cab. Again, the main difference is what the outside receivers do. Ideally, the X and Z receivers are able to sell go routes, force their respective cornerbacks to flip their hips, and then cut back for an easy catch. Bench and Cab aren’t always called as their own play. Sometimes, the X or Z receiver gets tagged. For example, “Go X Cab” would be the same as Go, except the X receiver is running a cab route.

Go takes advantage of the Bucs’ deep threats in Evans and Miller on the outside, as well as Godwin’s smart route running and possession receiving abilities over the middle. With Brady as the decision-maker, Arians can call this aggressive concept with ease, knowing that his quarterback will go through his progressions quickly and find check downs when necessary.

Go is easy to identify, especially on replay, as the outside receivers are running simple go routes with a post route over the middle. If there are three Bucs going deep, there’s a great chance it’s Go. When the Buccaneers begin their 2021 campaign on September 9, I hope that you jump out of your seat at some point and exclaim, “there it is!”. 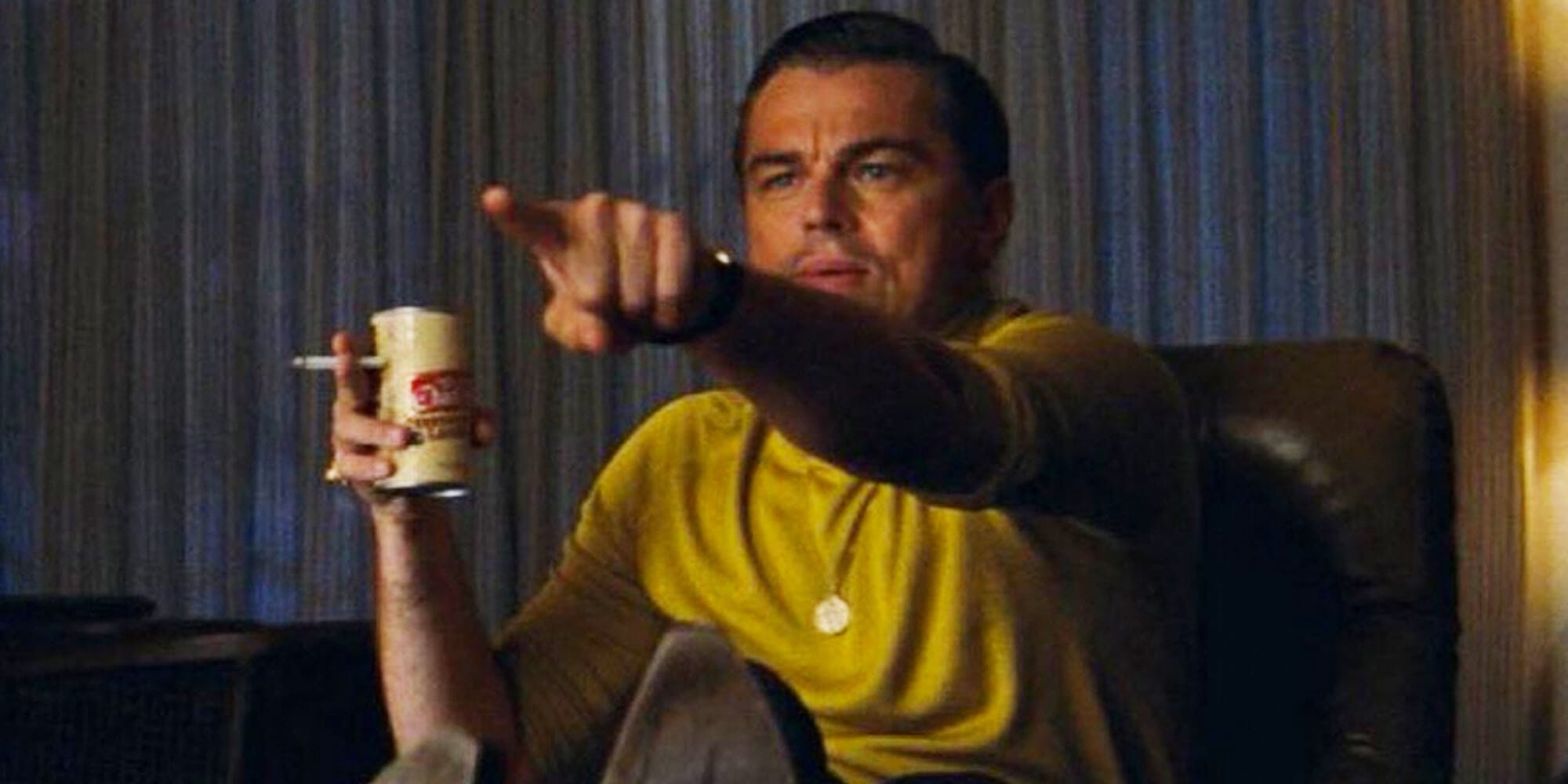 Get some. I love these break downs. Up my Madden game some. keep them coming Pewter Report!

I’m guessing this is nothing opponents don’t already know anyways so in that case it is really cool to get to learn some of the play calling and how it works. Good thing here is it seems like even if you know what’s coming, the plan has many ways to still pick defenses apart. I’m guessing this is What Winston couldn’t quite wrap his head around and why Brady with his experience was able to come in and get used to it more quickly. with the addition of Bernard and everyone having a season under their belt together, Brady being… Read more »

Too early in the morning and not enough coffee yet for this in depth stuff. I might need another cup.

How about this play from the old Gabby Gophers playbook (neighborhood was Gabby Heights) “Run to the 56 Buick, cut left and then angle down the street to Mrs. Bailey’s trash can. Don’t go past the Priddle’s mailbox since I can’t throw it that far.” Ahhh, those were the days. No joystick either………….at least not one we talked about.

This is great–really like seeing these kind of playbook breakdowns with game clips. Keep em coming!

I always like these tactical analyses. I hope I will watch the games like “there it is”