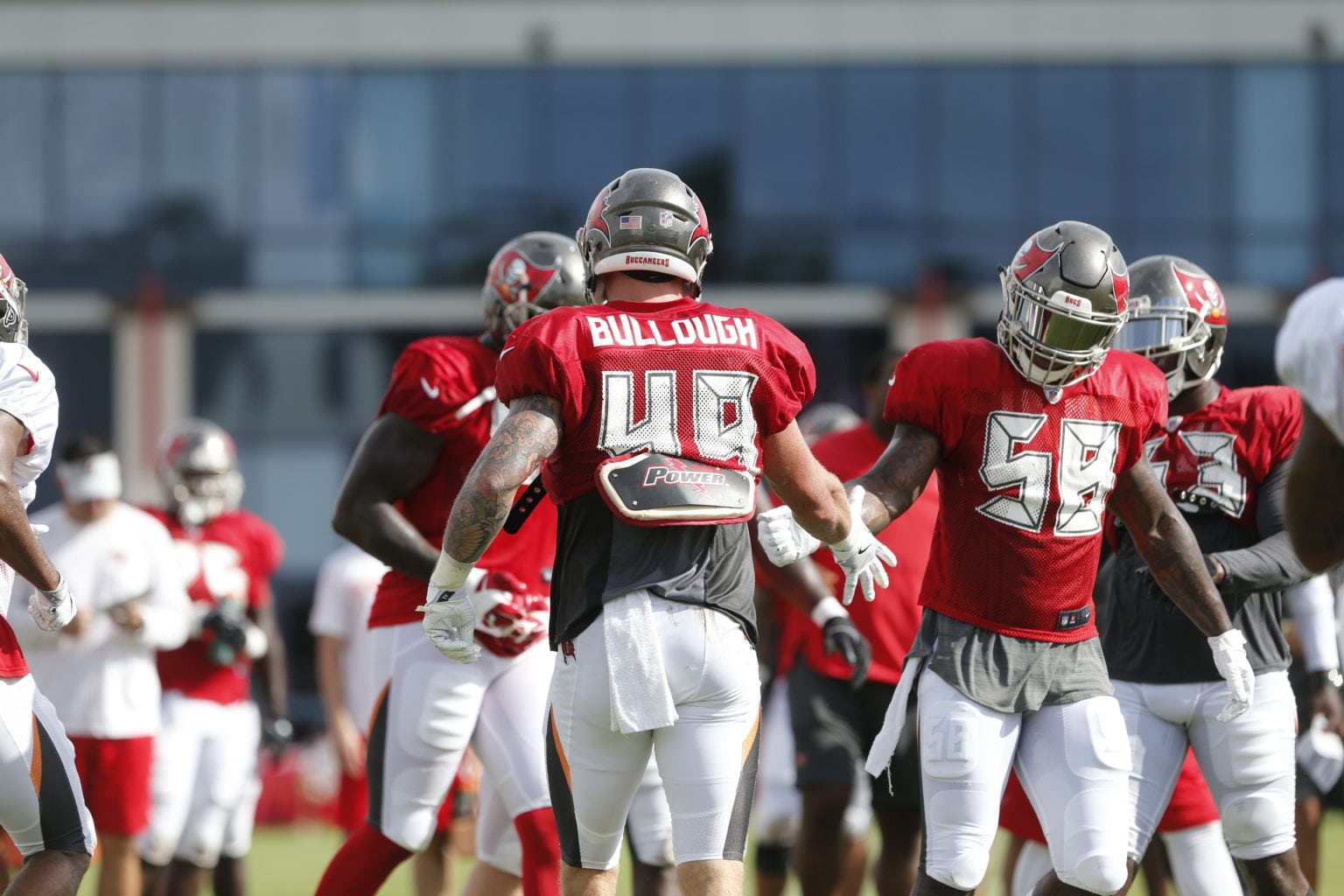 The Bucs defense did a pretty good job against the Miami Dolphins in their first preseason game, holding the Dolphins’ first-team offense to just three points.

A big reason for that was due to the play of the Bucs’ linebackers, who have really been showing out in coverage so far in camp.

Linebacker Kwon Alexander is starting to come alive since the pads came on. He seems to be gearing up for regular season football with each passing practice, and plays like the one above, where he can stick with one of the most athletic tight ends in the NFL and get a pass break up, are proof of that.

Continuing the theme of training camp fights from around the NFL, #Bucs got into a little scuffle themselves on Monday. Kwon Alexander and Ryan Jensen seemed to be the main two involved. pic.twitter.com/5u9seV4l1A

But perhaps Alexander is getting a little too fiery? He and center Ryan Jensen got into a little scuffle that ended practice prematurely.

Do you like see that to a certain extent?

#Bucs DE JPP jolts LT Donovan Smith with a vicious punch and gets the sack. pic.twitter.com/t3ZQOKLOq1

On the defensive line, Jason Pierre-Paul continues to flash and show the Bucs, so far, that he is worth the investment they spent to get him here.

JPP has been going up against left tackle Donovan Smith on a weekly basis, and though it is a cliche, we really do think that that matchup is making both of those players better. We’d say Pierre-Paul is up on the camp series between he and Smith right now, but Smith is closing the gap.

Winston looking for Auclair but Bullough is there for the pass breakup. pic.twitter.com/1vmjSoCK8E

Just like it was for the offense, it was the backups’ day on defense, too. The main example for that cam from the play of linebacker Riley Bullough.

Bullough was a media darling after his feature on Hard Knocks last year. He’s a blue collar player who’s easy to root for, but it was clear last year he just wasn’t going to cut it on the 53-man roster. After a year on the practice squad, Bullough has really improved. What he lacks in speed he now makes up for in anticipation and recognition. He’s showing his stuff as the middle linebacker on the second team and has a much better chance of making the roster this time around.

Here’s a look at that real good grab by Grimes… how’s that for alliteration? pic.twitter.com/fwRoADmzSo

Even though Bullough was the overall player of the day, the play of the day came from cornerback Brent Grimes, who made an amazing one-handed interception in the end zone while covering DeSean Jackson.

This was a very welcomed sight after Grimes missed the last week of practice due to an undisclosed injury. It appears he’s just fine and is on track to play this weekend.

I love the fire!