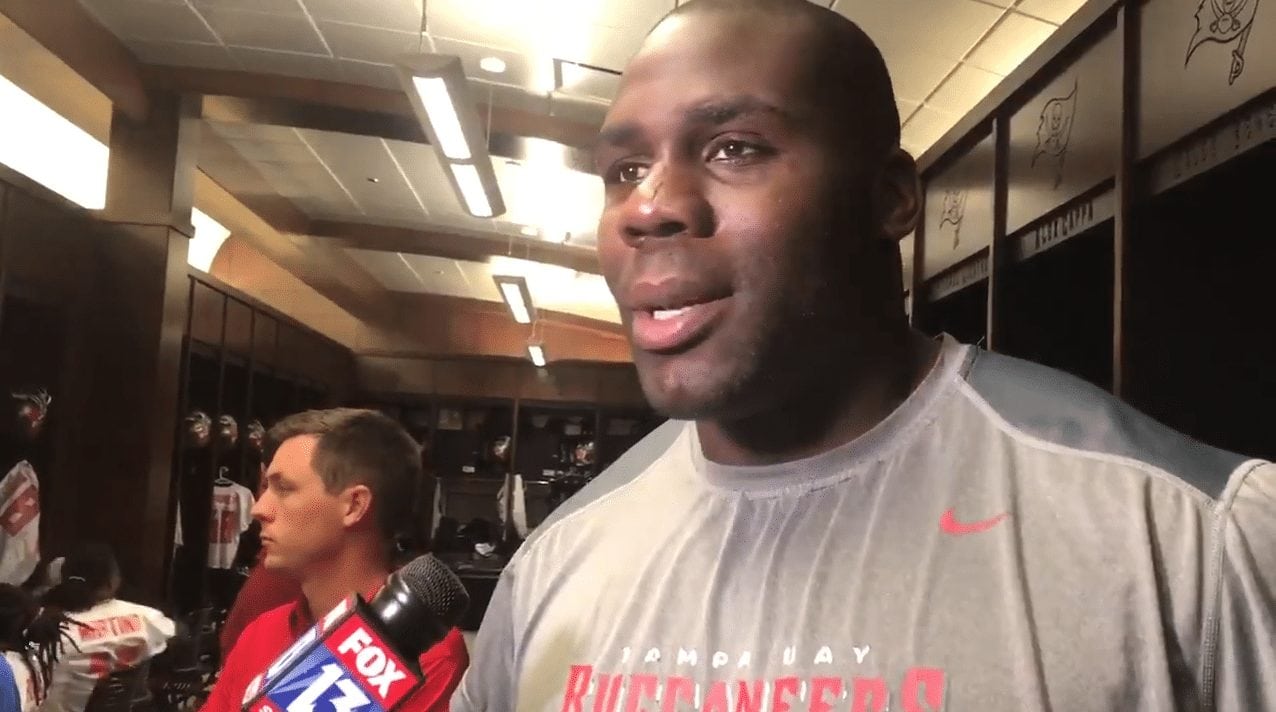 On Monday at One Buc–or the AdventHealth Training Center, the Tampa Bay Buccaneers were back out on the practice field under the hot sun as they prepared for their preseason finale this Thursday.

There were some who weren’t on the field, though.

CB De’Vante Harris has been downgraded from non-contact to out of practice.

In open locker room Donovan Smith saw the media and smiled and said he didn’t have time for us, but said just tweet, “I’m good. I’m good.”

We didn’t get to see offensive tackle Donovan Smith at practice yesterday, but he was in open locker room on Monday. He didn’t want to talk to the media specifically, but he did smile and say “he’s good” which is hopefully a good sign for him being ready Week 1.

It was widely reported that the Bucs didn’t have the most physical training camp before last season, and it was often asked how much of an impact that played on their early-season struggles.

Today during open lock room, some of the players spoke about their training camp experience this year, and many of them emphasized the added physicality in this year’s camp.

After what we’ve seen from Brentson Buckner, Beau Allen’s comments are no surprise.

But it isn’t just the D-line that’s noticed the added physicality. Offensive tackle Demar Dotson said that he’s noticed more of an edge across the board, and mentioned that it was something Dirk Koetter emphasized coming into this camp.

To say that a more physical camp is a welcome sight would be an understatement, but we’ll see how the team responds when they kick off in New Orleans.

HC Dirk Koetter speaks on being able to use receivers as punt returners thanks to their depth at wide receiver. Specifically DeSean Jackson #Bucs pic.twitter.com/YXEttDYmFl

When head coach Dirk Koetter got to the podium, there weren’t too many ground breaking questions to answer, but one did catch our ears.

It appears the wide receiver DeSean Jackson “wants to” return punts this year, as in, he didn’t want to last year. Many questioned why Jackson was not doing that initially. It seems that may have been Jackson’s call to not participate in special teams last year.

Let DJax return kicks he was go at it, and maybe still is.

Great to hear. The physicality has taken a toll on our team, but I believe it will be a great investment for our players’ health in-season. Physical camps expose imbalances that players may have developed in their off-season strength programs, but it’s the only way to ready the joints and connective tissues for the regular season. Last year, we had a bunch of crippling injuries out of the gate. I expect us to start the season ready to smash.