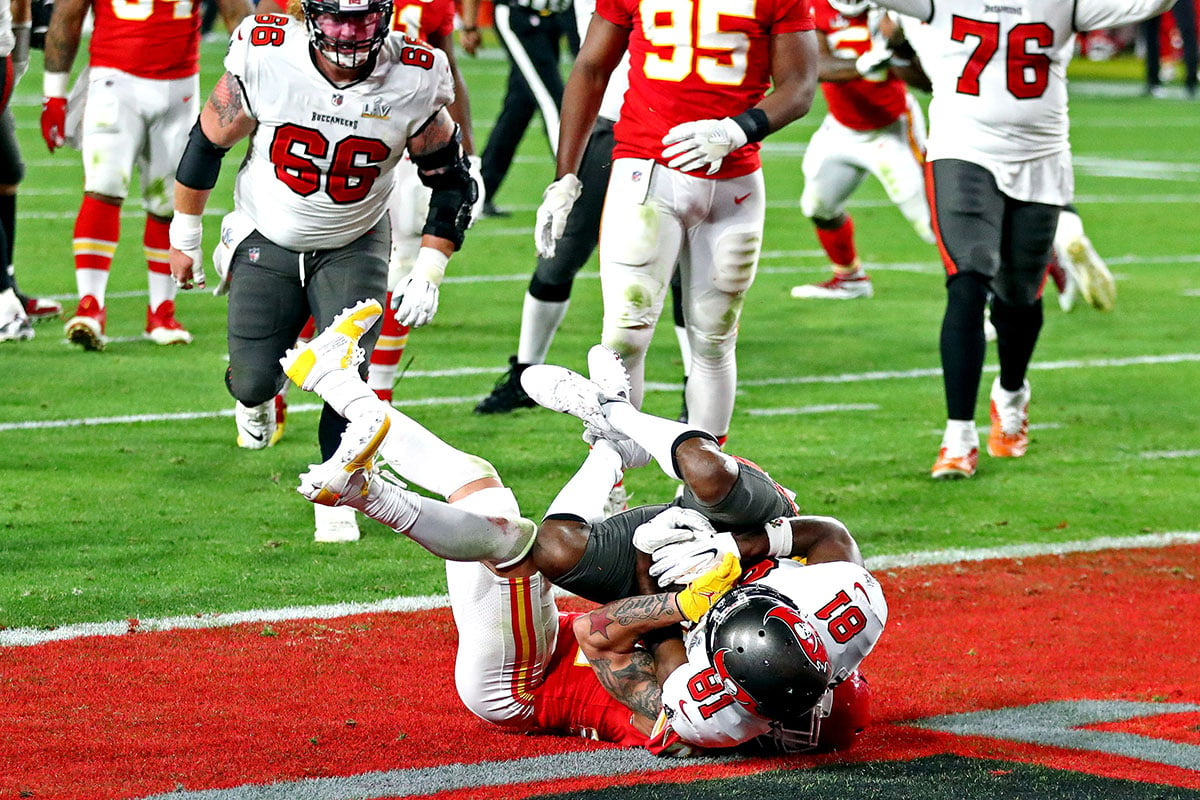 News broke on Wednesday of a settlement in the sexual assault civil case involving former Bucs wide receiver Antonio Brown. Now a free agent after signing a one-year deal last November with Tampa Bay, there have been some discussions about re-signing Brown for the 2021 season.

“We’ve had discussions throughout the offseason,” Licht said. “As you can tell we’ve put an emphasis on bringing back our players from last year that contributed to our success. He would be no different. We’ll continue to have talks and see where it goes.”

Licht said that Wednesday’s settlement news has little bearing on whether or not Brown rejoins the Buccaneers. “It’s always good when there is some resolution, but we signed him last year with the civil case looming,” Licht said. “All I can go off of is what we saw of Antonio on our team this year. Obviously he’s a good player and he was a great teammate. To have this resolved it certainly helps, but that wasn’t necessarily the deciding factor of whether or not we’re going to continue to talk.”

There have been some reports of Seattle and perhaps other teams also being in the mix for Brown’s services this offseason.

Brown caught 45 passes for 483 yards (10.7 avg.) and four touchdowns during the regular season. He had eight receptions for 81 yards and two more TDs in the postseason, including a key score in Super Bowl LV.

AB is a want, not a need. If it is advantageous, salary wise, to resign AB then the Bucs will do so. I think one more one year deal would be in the Bucs best interest. On the other hand, it does take reps from Miller and Johnson. Ultimately, if Brady requests that they resign AB and he wants him on the team, then I think they work something out for his return.

The Seahawks and the Chiefs are interested in Brown. Just ask his agent.

I think that if TB12 wanted him last year he’ll want him this year. Brady is loyal to a fault. And AB produced when it counted.

AB will be back.

Light couldn’t word some of his press quotes any better than if he was reading from a script. Not sure how he does it with the high level of genuineness that he does. It’s so good, it can be incorrectly viewed as disingenuous. It’s definitely what makes him a very good GM for the fans, players and organization.

Just one stupid question: What about the Buccaneers’ lack of cap space? They need to sign their draft picks and a backup QB. The Buccaneers are going to have either dump(Brate or Gholston probably) or get creative with Jensen’s contract(not really smart). Plus AB just settled a civil rape case. Not good PR. Why not draft a WR in the third or fourth round. Not a huge need. They overpaid for Suh, but they were spared by a good job by Litch.

So the Bucs should draft a player that might be an NFL quality receiver to see if he can cut the mustard? That might be the best choice for the long term future, but if you’re focused on repeating THIS YEAR my advice would be go with the proven performer who has already produced for you on the game’s biggest stage(s).

The Bucs front office has taken a pay-as-you-go approach, which typically begins by restructuring and/or extending an existing player on the roster, then turning around and using the cap space thus freed up to sign the next guy they want to sign. Wash, rinse, repeat. If they need to do the same to keep Brown, they will do so. They’ve already made him an offer which they are prepared to incorporate into the cap structure. He hasn’t accepted that offer yet – at least not publicly – and perhaps he’s still negotiating to make it better. But in any case,… Read more »