Glazer: Growing The Bucs Fan Base “Has Been The Best Feeling”

Home » Articles » Glazer: Growing The Bucs Fan Base “Has Been The Best Feeling” 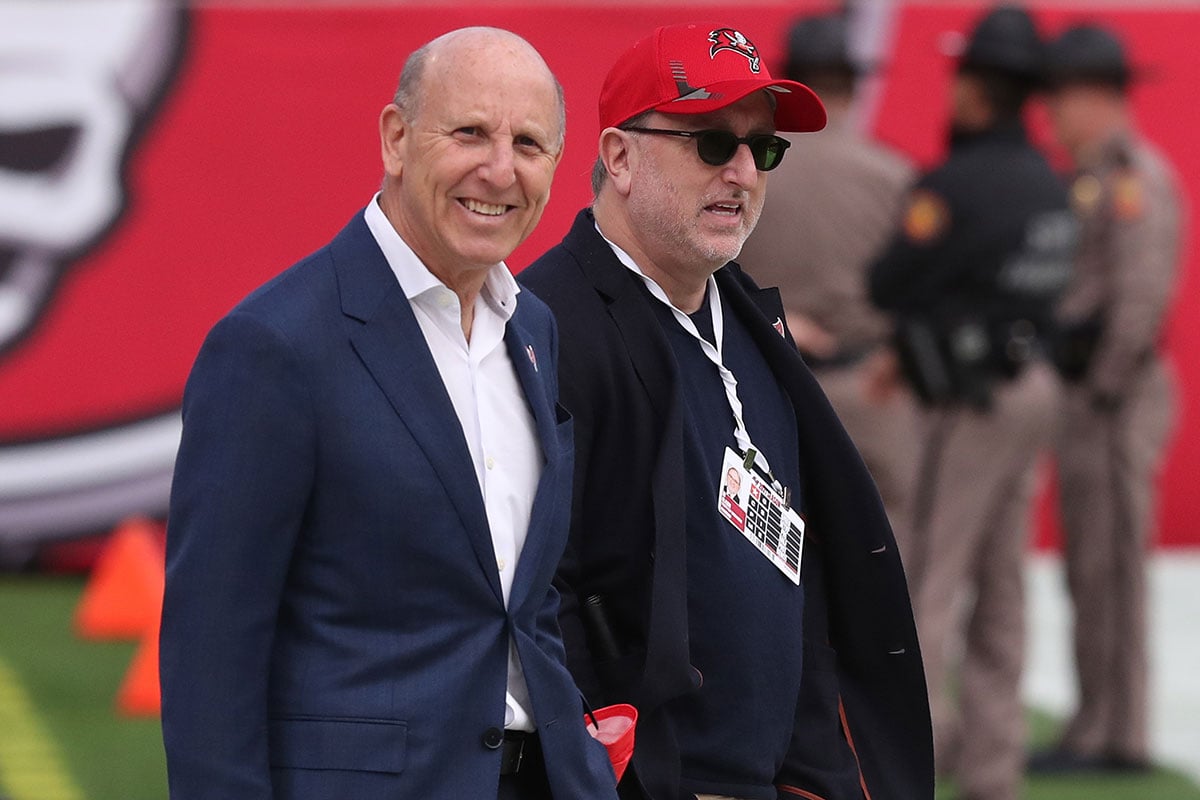 Glazer: Growing The Bucs Fan Base “Has Been The Best Feeling”

Home » Articles » Glazer: Growing The Bucs Fan Base “Has Been The Best Feeling”

The Bucs have showed a willingness to go all-in for championships ever since they signed Tom Brady. That starts from the top down with co-owner Joel Glazer and the entire Glazer family.

It’s not just that Brady came to Tampa Bay in 2020 and returned after unretiring this offseason. It is the effort to re-sign the team’s top players to continue going on a Super Bowl run even after winning Super Bowl LV two seasons ago. Those events have sparked a huge renewal of interest in the team and have grown the fan base. 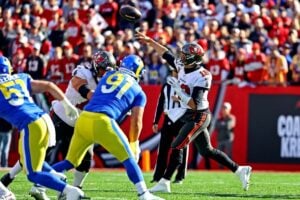 It’s not often that the media gets to interview the Glazer family. But Joel Glazer did speak on Monday at the NFL Annual Meeting to address the state of the team. He began by giving his assessment of how the 2021 season fared from his point of view.

The Bucs won a franchise-record 13 regular season games and beat the Eagles in the Wild Card round of the playoffs, 31-15. But despite having the chance at hosting the NFC Championship Game with a win over the Rams, Los Angeles beat Tampa Bay at Raymond James Stadium in a heartbreaker, 30-27.

“Overall, you look at it two ways,” Glazer said. “One, it was disappointing because you didn’t accomplish your ultimate goal. But it’s a great season, we did a lot of great things. At the end of the day we had a lot of injuries and that was tough to overcome. It was a great season, but ultimately didn’t accomplish our goal, so that was disappointing.”

The Bucs came up short in their quest to repeat as champions. But the window is still open for one more year. Brady is back in the fold for 2022, and Tampa Bay reloaded its roster. The Bucs did this by re-signing receiver Chris Godwin, cornerback Carlton Davis III, center Ryan Jensen and running back Leonard Fournette. Tampa Bay also signed receiver Russell Gage and defensive back Logan Ryan, and traded for guard Shaq Mason.

“We’re always trying to win,” Glazer said. “Things have been different the last few years, but if we can put everything forward to try and win that championship, we’re always going to do it. And that’s what we did in the last couple years, we got close last year again and we’re going to do it again this year. This is what it’s all about. We’ve been in this for 25, 26, 27 years. At the end of the day there’s no better feeling than sitting on that podium with the Vince Lombardi Trophy. If we got a chance to do it, we’re going to give it our all.”

And there’s the benefit that comes with building a sustainable winner. Glazer said that besides winning it all, growing the fan base in Tampa is what he enjoys the most. Brady’s arrival and impact has certainly help the Bucs become more popular. The overall the buzz in the community has heightened by leaps and bounds since 2020.

Raymond James Stadium went from a place that was nearly half empty a few seasons ago to a packed house that is nearing sold out capacity again in 2022. Of course it wouldn’t be a conversation with ownership if the return of the throwback creamsicle uniforms isn’t discussed. Supply chain issues have pushed that return back a year to 2023, but Glazer shared that the most exciting part is the enjoyment the fans will get out of it.

“We’re excited,” Glazer said. “I know our fans love it. We’ve been dying to get back to it. Because of various issues, have not been able to get back to it. But to finally get the uniforms back on, and because it’s been a long wait between – I think it’s going to make it even more enjoyable.”

Ray Jay sure is fun when it’s packed and rocking!

It would be weird to see a Tom Brady Orange Jersey if he’s here in 2023, I know I would buy one to go with my red and pewter # 12’s that I have now. It would be a best seller for sure. Hope we get to see it.

Come on Glazers, support local businesses and forget getting jersey’s made in China or Korea, and have someone local here make them! You call out for the community and community business to support your team, well how about giving some of the love back? Get it done this year, here locally, so we can see this Bucs team with TB12 at the helm in the creamsicles!