Most Disappointing: Bucs At Cowboys 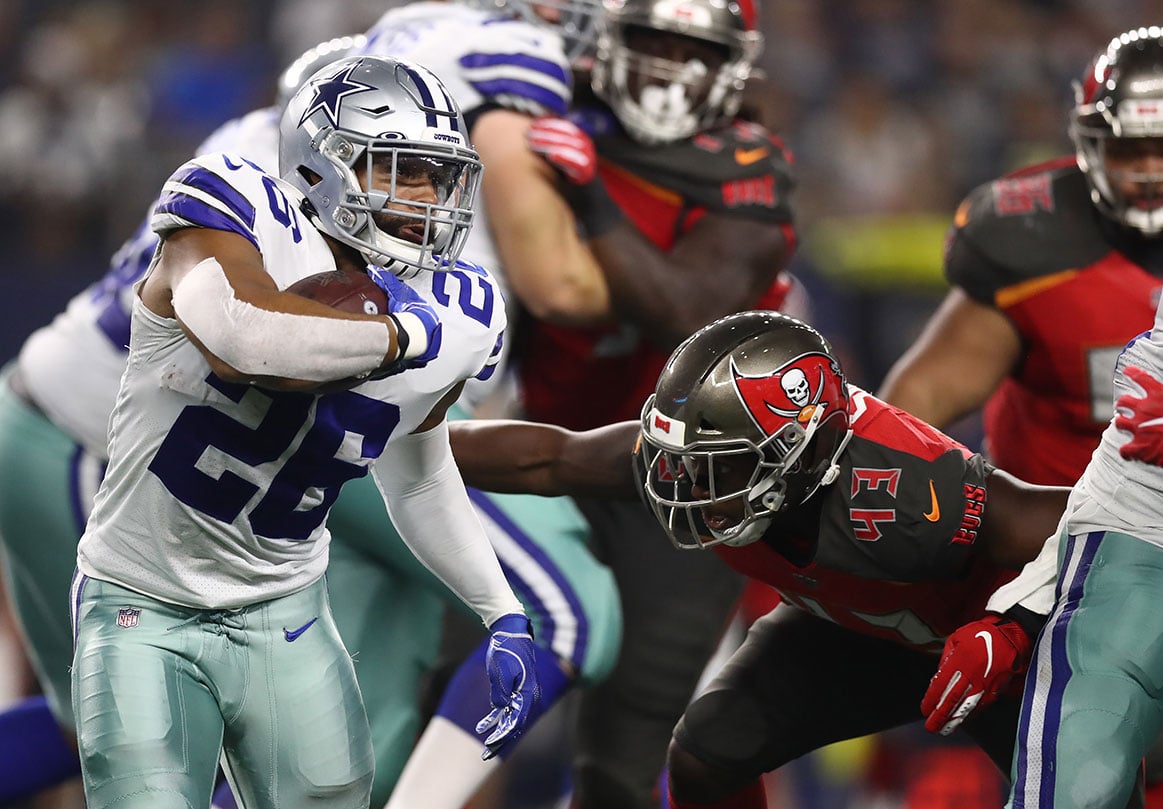 Most Disappointing: Bucs At Cowboys

The Bucs ended their preseason with a 3-1 record after another strong performance from the defense. With some turnovers and timely downfield plays by the offense, the Bucs defeated the Cowboys by a final score of 17-15.

Here were the most disappointing from the game.

CB Sean Murphy-Bunting
It was a tough outing for the rookie that was in contention for the nickel corner positon. Murphy-Bunting was beat on a lot of plays, starting on the first drive. Murphy-Bunting particularly struggled with crossing routes over the middle of the field, where he was beat a number of times, including giving up two first-downs on a third-down play. He was also burned on a play to the end zone that would have resulted in touchdown if not for a poor throw. The rookie corner out of Central Michigan was just behind during the entire game. He’s showed really good flashes in practice, but it hasn’t translated over to games.

WR Justin Watson
In a final dress rehearsal to help himself make the team, Watson ended up with a goose egg on receptions. He’s been in a battle with the likes of Bobo Wilson, Scotty Miller, and others to make the roster, and Watson didn’t do much in the game while his counterparts at least saw the ball. The one play he made was a tackle after an interception. Not the play you want to make. Much like Murphy-Bunting, Watson has had some solid practices, but can’t seem to put it together when the game is live.

WR Scotty Miller
He was behind the eight-ball already by missing so much time in camp, and he hasn’t made up much ground over the last two preseason games. This was Miller’s chance to show why he should be on the 53-man roster despite all that missed time, but what he ended up with was two receptions for nine-yards. He was also involved on Ryan Griffin’s second interception of the game where the pass was high, but Miller both couldn’t come down with it, and even worse, he tipped the ball up in the air to make it an easy interception for the Cowboys. The Bucs didn’t use him in the return game either, while Wilson and Spencer Schnell was used over him. Players that were in competition with him such as Wilson and Anthony Johnson both had more receiving yards and bigger plays that had an impact on the final result.

Where the heck was Hall. Never saw him. Maybe he is a stash guy. Really hope we stash Bruce Anderson too. He is a good young back.

corndog – I completely agree! Kept looking for Hall and I think they’ve got him locked in a room at One But and hope to sneak him on to the practice squad!!!!!

I think Miller goes on practice squad along with Bunting. Watson makes the final cut. Haven’t seen anything on the receiver from Missouri ?

They’re not putting a current 2nd round pick on the practice squad, someone would snatch him up.

Not looking good for Bunting but doubt they put him on practice squad as second rd pick? No way. Some develop slower and even if he doesn’t work out this appears may still been very good draft. Time will tell.

Bunting will make the team because Licht head used a high second round pick on him, what a waste. There were better options, even at corner. Licht passed on Risner for what, a small school project? Scotty Miller is a little puss. Watch the play he tipped the ball up. He short armed it, then fell backwards to avoid the hit. He shouldn’t make a JV team let alone an NFL team. Cole Boozer hasn’t exactly impressed either. If he has to replace D. Smith at some point Jameis better make sure his life insurance is paid up. You want… Read more »

Really wanted Riser of would even have traded up to get Cody Ford – he was my top O line choice.

They will never put him on the practice squad, he is high 2nd rd pick. I would like to know when he was drafted did they envision him as a primary NCB, because “Greedy Williams” was there and he’s looking like a CB1.

This should be close to what practice squad will look like if no new additions to the team after cuts.Lodge, Bunting, Anderson, A. Johnson, O’Connor, Beckner, Denis, Hall, D.Harris, Leggett.

Spence is on this list for me. He looked pedestrian on the majority of snaps vs preason game 4 trash. He needed to explode tonight to make the squad. I just dont think he’s shown enough.

Murphy Bunting will take some development time. Disappointing use of a second round pick, but he’s a Bus now so hopefully steps up to contribute.

Although not on this list and probably doesn’t deserve to be, I’ve been disappointed with Spence. I’ve been a staunch supporter of the guy and want him to have a breakout year, just don’t see it happening.

Passing on Greedy William’s the steal of this years draft at 46 by the Browns when we draft Bunting is a mistake Fans won’t let Licht get away with! There were so many better corners than Bunting and we reach on a kid from a Michigan directional school when William’s will start for Cleveland and the kid from Vandy will start for the Patriots. Meanwhile Bunting won’t see the field unless there is an injury!

The shame of it is Licht and more importantly the Glazers could care less what we think.

If had to take a CB, Greedy Williams was the clear choice. I would have still one O line, but top of the second round should be a starter. Ours end up being 3 to 4 year projects so Licht doesn’t have to immediately admit to the mistake. Bunting, RoJo, Spence…. is there a pattern here or what.

Ok, now that I can agree with!

I would keep Anderson and Tanner Hudson. Schnell, Miller, Murphy-Bunting, Mazzie to the PS.

Anderson is a younger, better version of Ellington. I hope they don’t keep Ellington and lose Anderson trying to stash him on PS. Same with Hudson.