The Bucs’ stellar Super Bowl-winning defense from the 2002 season has been highlighted in the history of the NFL with first ballot Hall Of Fame inductions for linebacker Derrick Brooks and defensive tackle Warren Sapp. But two other important pieces of that Bucs defense in cornerback Ronde Barber and strong safety John Lynch have not received the highest honor in football despite many believing they are worthy of it. 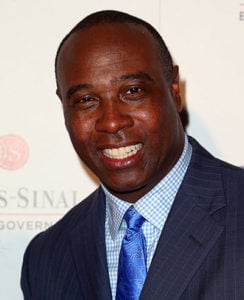 For years the discussion has been about how Bucs’ legends Barber and Lynch should be in the Pro Football Hall Of Fame. While Lynch has been a finalist for the Hall Of Fame for seven straight years, Barber has only made it the semifinals in the Hall Of Fame voting, getting snubbed over the last three years.

Barber recorded 1,251 tackles in 16 seasons on the Bucs with 28 sacks, 47 interceptions, and 15 forced fumbles along with five Pro Bowls selections and three first team All-Pro honors. Lynch had 1,054 tackles, 26 interceptions, and 16 forced fumbles in 11 years with the Bucs and four years with the Denver Broncos while going to nine Pro Bowls and getting named as a first team All-Pro two times.

PewterReport.com’s own Mark Cook interviewed NFL Network and NFL on Fox analyst Charles Davis while at East-West Shrine Bowl practices that exchange was featured on the most recent Pewter Nation Podcast, where Davis was asked about Barber and Lynch.

Davis said that the Buccaneers greats should without question be Hall Of Famers, and in particular found it perplexing that Barber has not even made it to the final round.

“No question,” Davis said about whether both Bucs deserve to make the Pro Football Hall Of Fame. “At some point they’re both going in. I’m surprised Ronde’s not getting more support earlier, meaning, look at the total of that career, that was ridiculous. A corner playing for that long, a nickel guy playing for that long, could swing back to safety if you needed him to do so, blitzing people and putting quarterbacks on the deck, making plays in the backfield, making plays down field, I could go on all day. Not to mention being one of the all time great pros and professionals and how he carried himself. To me, he should be getting way more support at an earlier stage.”

Davis further explained why he thinks Barber may get overlooked at times, and what has held Lynch back as well.

“I think sometimes what happens is is guys, you know, when you play on good teams, some of the time there’s a rush for guys to go in and then people kind of back off of it,” Davis said. “Jerry Kramer should have been in the Hall Of Fame how many years ago? And it took forever because people got Packers fatigue from that unit. Donnie Shell should have been in the Hall Of Fame many many years ago. They got fatigue from the Steelers in that unit. I think maybe there’s a little bit of that with him Barber, but it’s also a tough position as we well know. It’s very very difficult with the corners, they kind of get locked in there like receivers and it’s hard.

“And then the safety position, oh my god, for John Lynch, him and Rodney Harrison are going to be in the same spot for a while because it’s going to be one or the other first. Ultimately, I think they both get in. They both deserve it. But one’s going to go first, the other ones’ going to go second because you’re not going to have two safeties go in the same year. But again, you can make the case for both of them, why aren’t they already there? And that’s how good they were. The impact is just too much. The bottom line was turn on the tape and tell him he’s not a Hall Of Famer.”

Bucs fans can listen to the entire interview with Davis here on the latest edition of the Pewter Nation Podcast.

Look how great that old Jersey looked on Barber. We definitely need to go back to something more like that…

Oh and it’s a given he should be in the HOF. When you hold an INT/Sack record like he does, that in itself makes it a no brainer. Not to mention a Ring and being a key piece in one of the Top 5 Defenses of all time…

He also has his signature play with that major interception against the eagles to send us to the Super Bowl. Don’t know what it’s going to take to get him in..

The problem here- is that they are (Lynch, Alstott, Barber) all Bucs – if by chance Lynch gets snubbed again and Ronde as well, it’s because they played in Tampa and not New England or Dallas- simple as that. Another factor may also be the committee selecting players who’ve been waiting forever so there is a huge back log, take a look at the inductees this year. I mean 5 slots are allocated for coaches and an iconic announcer but even so, take those slots and give them to players- coaches and announcers can have their own respective HOF’s. Just… Read more »

But u have punters like Ray Guy getting in first…if a punter can get in, a FB should be able to too..yall know who I’m talking about.

Lynch should get talked about a lot for the HoF during the next two weeks since the 49ers made the Super Bowl. It makes a great feel good story if they can announce he made the HoF with his team being there. Same for Ronde when it’s in Tampa next year.