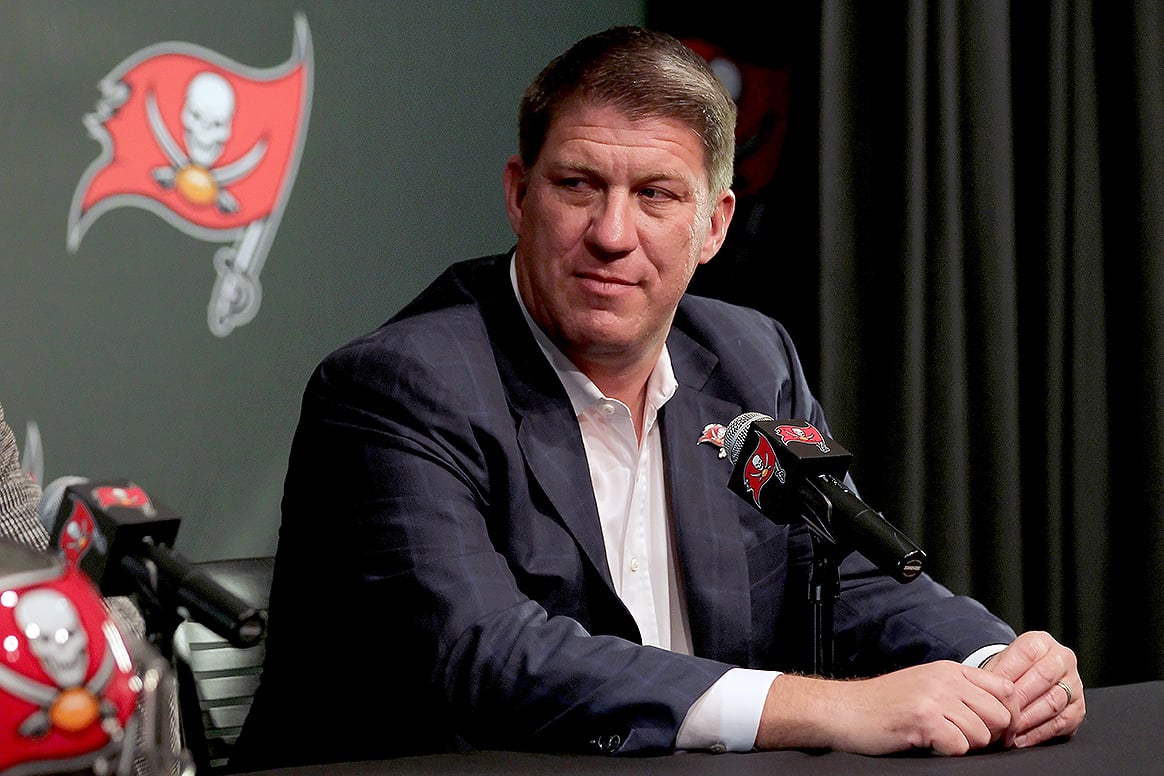 Greg Auman of The Athletic reported on Thursday that the Bucs have added another weapon to their 90-man roster, this time in the form of Bryant Mitchell, a 2015 undrafted free agent out of Northwestern State who has most recently spent a three-year stint in the Canadian Football League.

In his three seasons with the Edmonton Eskimos Mitchell – who is listed at 6-foot-2, 198 pounds – saw his production go up each year, totaling 97 receptions for 1,418 yards and six touchdowns over his 19-game career in Canada.

Prior to signing with the Bucs, Mitchell had previously signed a futures contract with the Arizona Cardinals back in January, but was released by the team last Friday.

Good lord. How about we go looking for D line and O line players.

Hope this kid does well, great that he’s getting a shot. Just wish we would go after positions of need.

Sorry left off other 4 WRs.

Mac, maybe they can turn one into a corner, or safety, good lord knows we can always use more of them! I doubt any of them can play along the O line tho.

Dman, I hear and feel your pain because I have often wondered the same thing.
Is it to crazy to suggest we get 8 or 9 DT’s and DE”s in here and let them fight it out. Same thing with the OL.
Good god we know who is going to be our TE’s as well

These are just camp bodies at this point, but not sure we need 12. Don’t want a situation where there aren’t enough reps to go around. I’d love to see more Olinemen as you never know when one will come along that “clicks”

I would agree with the general feeling here – these are filler to add to the competition, which is good. Still, it would be great to see a little more filler / competition on the DL and OL. You know, the area we basically ignored in the draft (apart from low round picks like Anthony and the other guy). It couldn’t hurt. We might get lucky. Frankly, I’ shocked we weren’t able to find someone (or more than one) at least semi-serviceable out of the AAF (or was it AFF?…seems like ages ago). At a minimum, those guys have received… Read more »

These 90 man rosters are always heavy toward WR’s and DB’s for practice purposes. They tend to keep a set number at each position.

What do you need DeSean for there plenty of undrafted free agents in Canada ! CLOWN SHOW CONTINUES

Yep the clown show continues with the stupid post above. Ass clown Bob.

BleedOrange78 I agree with you that we could have gotten experienced AAF players. They had plenty of exceptional OL and DL players and film to prove it. However, Licht did manage to pick up a Safety from a good AAF San Antonio Team—Orion Stewart, but he was not their top Safety. Licht missed an important opportunity and should have had a Bucs Scout getting film from all the AAF Teams and watching and making reports on top players but just maybe Licht knew he had a very low cap and probably could not outbid other NFL teams for the best… Read more »

Two and a half from months before camp and I agree we have a good supply of WR candidates and DB candidates. Would like to see some progress on McCoy and JPP front. Good sounding news from underwear practices. Like the Idea of energy and upbeat tendency. Never was a fan of LS so glad to see another WR Although some more trench players would be beneficial. So far this offseason feels like the expansive coaching regime has sucked up most of the news and that’s a good thing if it results in more W’s. I am optimistic about this… Read more »

For the life of me I can’t figure out why anyone would want that spoiled cancerous diva MeShawn Jackson on this team other than the fact they were brainless.

Drdneast. You’re going to figure it out this year when there is no Deshawn to take back and safety towards the end zone all the defense has to do is put a Target right on the back of Evans and keep him double team which they can do when they don’t have to worry about DeShawn Evans yards will go way down this year. It also be fun to watch the numbers that Deshawn puts up when he has a real quarterback this year