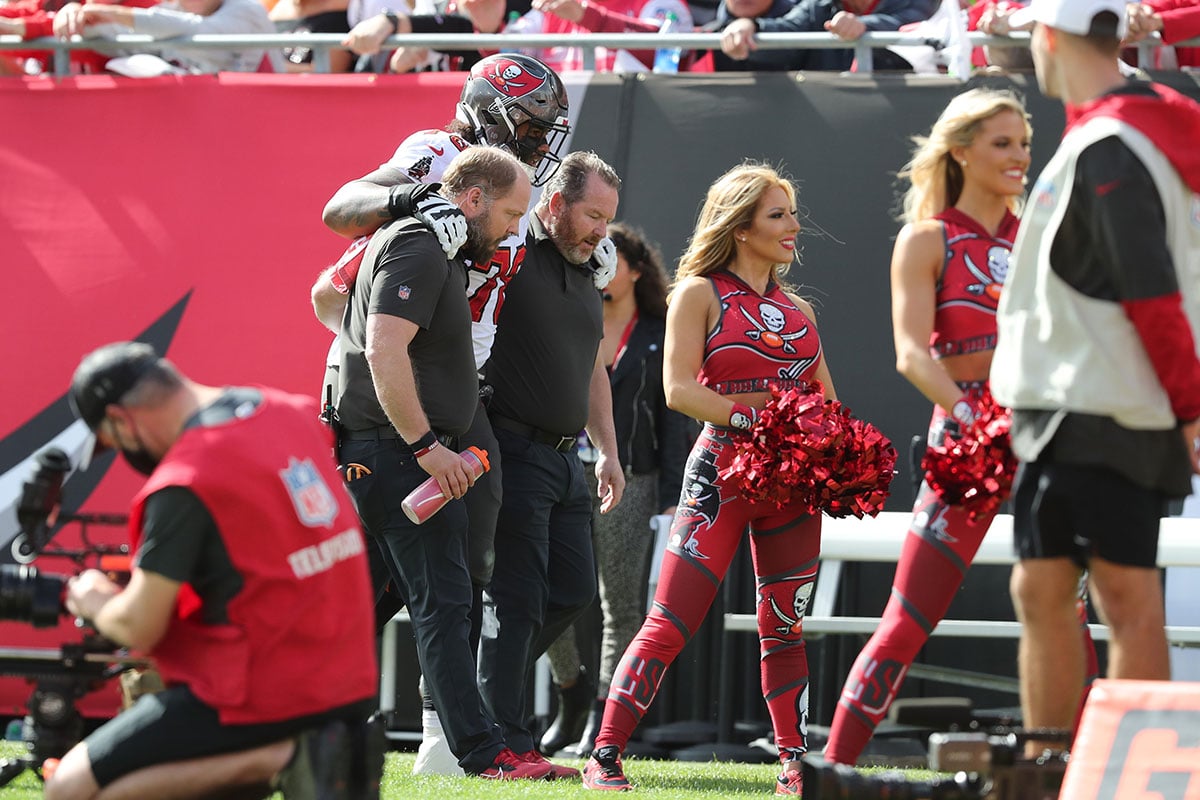 After a heart-breaking loss, the last thing the Bucs needed was more bad news. But, according to The Athletic’s Jeff Howe, right tackle Tristan Wirfs needs surgery. Wirfs suffered a sprained ankle against the Eagles in the Wild Card game. He was listed as questionable to play on Sunday against the Rams, but that always seemed like a pipe dream. Now the star offensive lineman will be facing surgery and recovery this offseason.

Bucs All-Pro RT Tristan Wirfs has two torn ligaments, including one off the bone, and will need surgery to repair the significant high ankle sprain, according to a source.

According to Howe, Wirfs tore two ligaments, ripping one off the bone. In the report, Howe explains that Wirfs did everything he could to try to play on Sunday, despite the injury.

He received around-the-clock treatment throughout the week from the Bucs medical staff and Brady’s personal trainer, Alex Guerrero. Wirfs hoped to play against the Rams, but the Bucs determined Sunday that he wouldn’t be effective enough on the badly injured ankle.

Wirfs had never missed a snap during the first two seasons of his Bucs career until last week. In just his second year, the first round pick earned All-Pro and Pro Bowl recognition. With a full offseason to recover, Wirfs should be healthy for next season. He’ll be one of two Bucs players getting surgery this winter. Jason Pierre-Paul also confirmed he’ll have his rotator cuff repaired soon.

One thing is clear to me Bucs have no depth at tackle. Would you rather have great o line and no depth if someone goes down at tackle or good o line with depth? Bucs were the great o line missing tackle depth. Donovan Smith can always be counted on to suck in big games too. Funny the backup Lt for rams did fine but folks here claim we can’t do better than Smith at his salary? Please.

Smith the human turnstile, especially his the rusher keep coming. Smith seemed to stop and ran out of gas after the first punch

Get well. Come back strong next year.