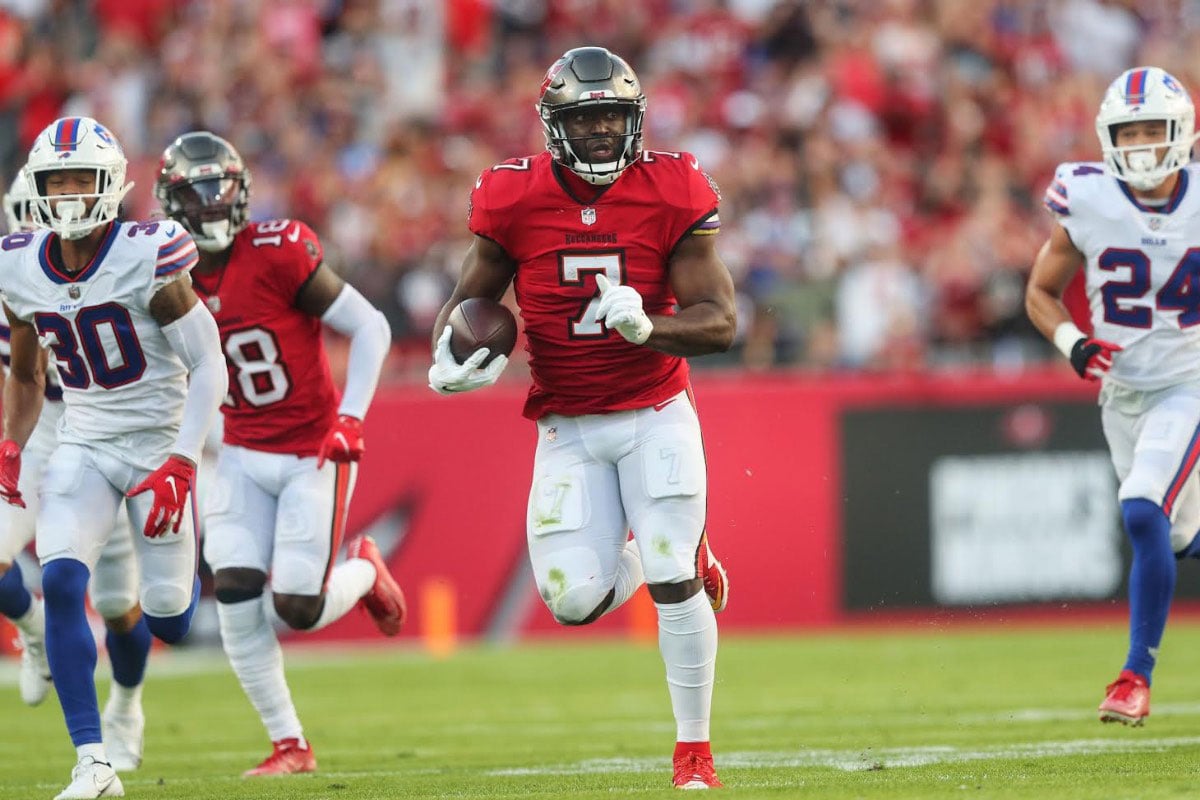 According to ESPN’s Dianna Russini, the Bucs are expecting to get back two key starters for the playoffs. Running back Leonard Fournette seems likely to return from a hamstring injury. Fournette was injured against the Saints in Week 15 and was placed on injured reserve. Meanwhile, linebacker Lavonte David could also return to the team soon.

The Bucs feel "very optimistic" RB Leonard Fournette will be back for the playoffs, while I was told they feel "hopeful" LB Lavonte David will be ready for the post season, per sources.
Both are still on IR.

Per Russini, the Bucs are hopeful David can play in the Wild Card round. The Bucs star linebacker suffered a foot sprain near the end of the team’s loss to the Saints. David was dominant against New Orleans, posting 11 tackles, a sack and a forced fumble. There has been some question about when his return would occur. It sounds like Fournette remains the surer bet to play in the playoffs’ opening round, but that David has a strong chance too.

Based on head coach Bruce Arians’ comments yesterday, Giovani Bernard could return soon too. Bernard has been out since the Bucs’ Week 14 victory over the Bills.

“I have my fingers crossed that Gio [Bernard] might be able to get back (for Week 18),” Arians said on Monday.

If the Bucs can get Bernard and Fournette back for the playoffs, that would be huge. With Ronald Jones suffering an ankle injury on Sunday, Tampa Bay is thin at running back. Ke’Shawn Vaughn and Le’Veon Bell could share the load against the Panthers this week.

On defense, outside linebacker Shaq Barrett is likely to return for the playoffs. Most assume Jason Pierre-Paul will be back then too, as the team seems to just be resting him with that torn rotator cuff right now. If the Bucs can avoid more injuries in Week 18 and get David, Barrett and Pierre-Paul back for the playoffs, their defense could finally be at full strength. Tampa Bay hasn’t played a single defensive snap with all their starters during the 2021 season.

God news for sure.

Not likely. He’ll play in the playoffs, and then get shoulder surgery and will be back at full strength again for next season. JPP has already proved that he’s willing to play hurt. 33 isn’t all that old for a pass rusher – many of the good ones have played well into their mid to late 30s.

Last edited 5 months ago by Naplesfan

Probably is. But you gotta give him credit, the mans pain threshold is off the charts. If he can play, he will be there. Guys a warrior of the best kind. He plays better hurt than most do healthy.

Encouraging!! Any news on RoJo?

David isn’t playing this Sunday for sure, Minter has looked old, and slow. This would be a good game to give one of our young LB’s a shot. How about Brit get a start?

Agree. Surprised how poorly Minter played, same with D White. I’m a fan of Brit, would like to se him get some PT.

Weren’t they all healthy for game 1 before SMB went down?

Whitehead missed game 1 with an injury.

Man..Fournette and Davids return would be Huge!!! As would Shaq and JPP. Without them I think this team sinks for sure. I know the Bucs medical staff are pulling all the tricks they got out of the bag. Just hope its enough.