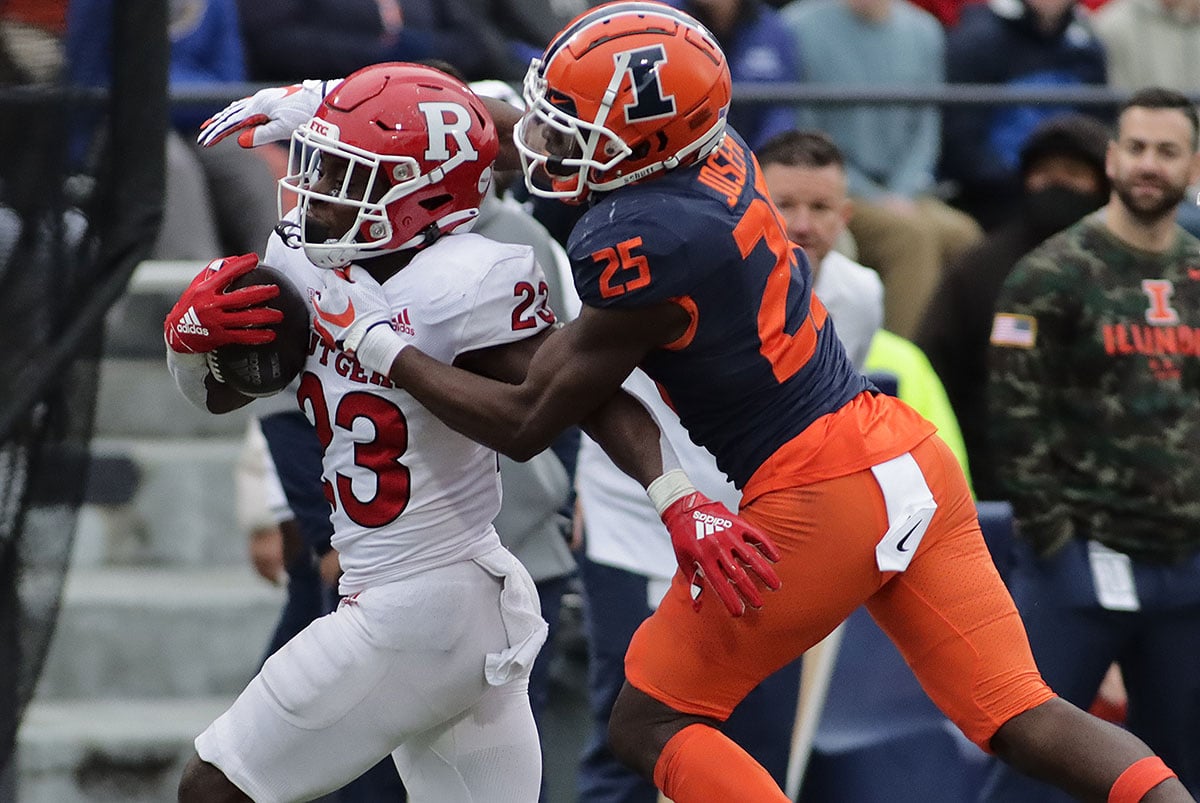 According to The Athletic’s Greg Auman, the Bucs pre-draft focus on the secondary will continue next week. The team is set to host a Top 30 visit with Illinois safety Kerby Joseph in the coming days. Joseph is a true free safety who intercepted five passes last season.

Bucs have a top-30 visit set up next week with Illinois safety Kerby Joseph. @dpbrugler has him rated as the draft's No. 6 safety, likely a second-day pick.

The Bucs have already added significantly to the safety position this offseason, signing Keanu Neal and Logan Ryan. Ryan will likely play a lot in the slot, while Neal replaces Jordan Whitehead at strong safety. Of course, Antoine Winfield Jr. and Mike Edwards will likely open camp as the starters. The team still could look for a fourth safety if they view Ryan as more of a Ross Cockrell replacement. Joseph recorded 57 tackles, one sack, seven pass breakups and five picks in 12 games last season. 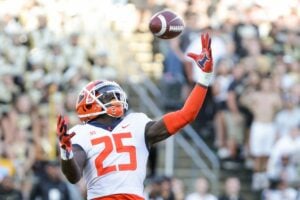 Having said that, seeing Joseph as a Buccaneer would shock me. The Illinois safety wasn’t even starting to being his senior season, although he jumped into the lineup early in the season. But Joseph is slow to read run and come downhill, with some ugly reps as a tackler. More than anything, the 6-1, 203-pounder’s clear hesitancy to stick his nose into the box is a red flag. He’s also inexperienced and inconsistent with his reads and reactions in coverage.

Watching him on tape, Joseph doesn’t look like safeties the Bucs have prioritized in the past. There are a few splash plays on his tape, but he appears to be a free safety only. Perhaps the Bucs feel they can develop him into a more complete player. After all, they were also present at Joseph’s Pro Day last month. Or perhaps the team is just vetting their late day two-early day three options at safety. It’s also important to note that Joseph has plenty of special teams experience during his Illinois career too. So the Bucs could be looking for an Andrew Adams replacement later in the draft.

Sounds terrible. Even on Special Teams, the most important thing is tackling. I don’t want any more poor tacklers. I don’t care if a guy will get 10 INTs in a season, if he can’t tackle then he’s useless in our Defense. Our Defense is like our Kiffen defense, we may bend but we aren’t supposed to break. That means preventing deep and keeping everything in front of us and stopping them quick before they get anything that will move the sticks. Our tackling issues last year kept us from being great. Ross this guy off the list please, who… Read more »

So, you’re basing your assessment of this player on the words of a website writer? Don’t you think just maybe, the Bucs scouts know a bit more? Me, I’ll let those who know best make the judgements. Perhaps they see some positive attributes and think of him as a late round prospect.