REPORT: “Pretty Real Chance” For Wirfs And Jensen To Play? 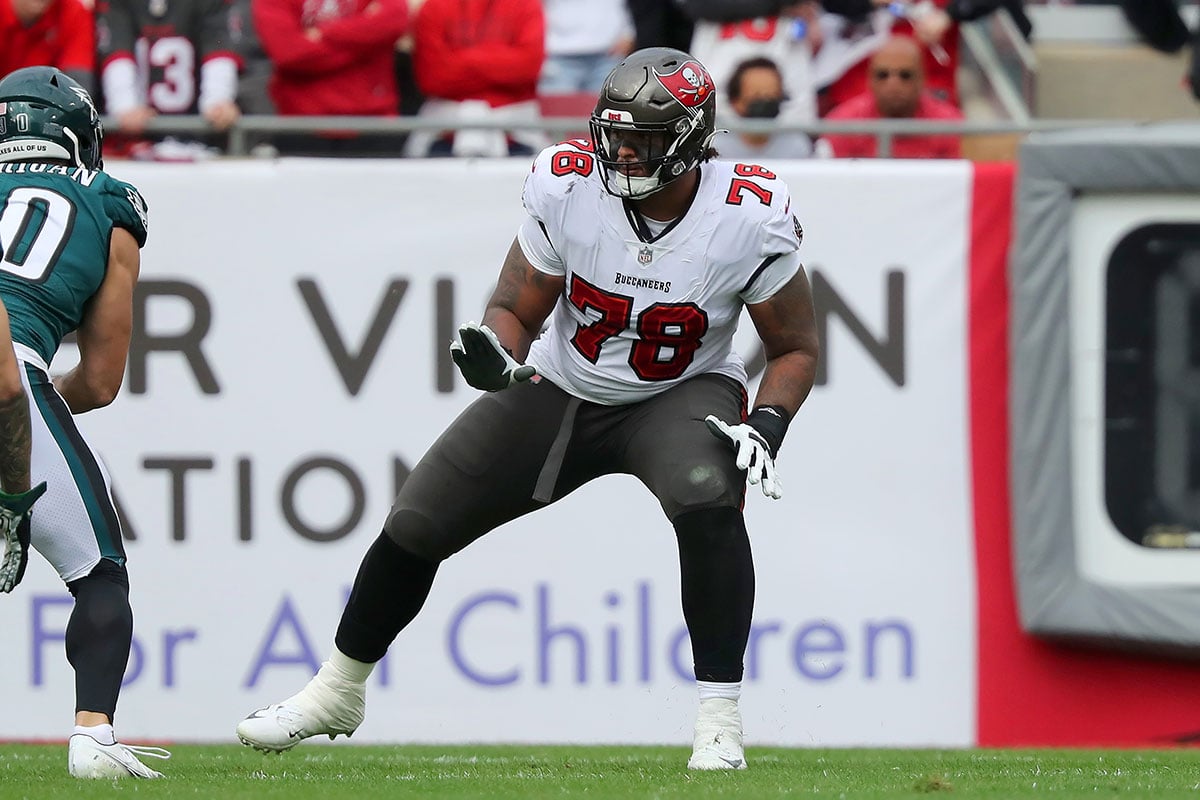 REPORT: “Pretty Real Chance” For Wirfs And Jensen To Play?

NFL Network’s Ian Rapoport went on the Pat McAfee show on Tuesday and lifted the spirits of Bucs fans. After watching All-Pro right tackle Tristan Wirfs and Pro Bowl center Ryan Jensen get injured on Sunday, the outlook has been grim for the divisional round against the Rams. But Rapoport seemed optimistic that both players would have a chance to play on Sunday.

“Wirfs is a question mark,” Rapoport said. “And I don’t think either of these guys are gonna be able to practice until probably Friday. So we may not know for sure. But the fact is Wirfs has more of a high ankle sprain than anything else, which can be a multi-week injury. But some of these guys are crazy.

“They were up 21 this weekend, and he was back on the field trying to see if he could go. He couldn’t, but at least that was a good sign that it’s not a major thing. So I would think there’s a pretty real chance both these guys end up playing. But when you’re playing through injury, especially to an ankle, it’s gonna be hard. I don’t think he’s gonna be 100 percent. But I do think (Wirfs) will be out there.”

That’s encouraging news from Rapoport, especially on Wirfs. Most assume Jensen will battle through an ankle injury that head coach Bruce Arians called “not as severe” as Wirfs’ issue. But knowing there is a “pretty real chance” for Wirfs’ return this Sunday is reassuring. Having said that, it’s unlikely the star right tackle is close to his normal level of dominance. Against Aaron Donald and Von Miller, that could be a real problem.

If Wirfs can’t play, Josh Wells would fill in for him again. But Wells is nursing a quad injury of his own, and won’t be 100 percent. Plan C would likely be Alex Cappa at right tackle and Aaron Stinnie at right guard.

"I think there's a really good chance Tristan Wirfs & Ryan Jensen will be playing for the Bucs on Sunday" ~@RapSheet#PatMcAfeeShowLIVE #GoBucs pic.twitter.com/SxTEVb8mjP

I know Hainsey projected as a guard, or center at the pro level, but didn’t he start at N.D. for three years at RT? Yet he’s never mentioned as filling in there. Certainly seems like he’d be better at it than Cappa since he played it at a high level for a big time program.

Probably because Hainsey is the back-up center and we don’t want to move Marpet over to center, would want Hainsey to be ready at center if Jensen can’t go or gets dinged during the game.

This is an example of a guy restating what is already public knowledge, restating it almost verbatim, and being recognized as some kind of insider by other members of their profession. I wonder how many ways this will be reported like it’s an update on the situation?

Would hope anyone else other than Wells at right tackle. Wells is more suited at guard and even when healthy has a hard time playing on the outside and making plays. Praying that Wirfs is able to play and be more than 50% ready!

This is what has pissed me off this season. Every damn game we lose a starter. Every game we get worse and worse talent wise. I don’t understand how we got hit so damn hard by injuries this year. I know it’s all luck of the draw but come on this is getting insane. If the Bucs lose its because of injuries plain and simple. Injuries have tried to kill this season from week one on.