Report: Salary Cap Might Be Higher Than Projected In 2021

Home » Articles » Report: Salary Cap Might Be Higher Than Projected In 2021 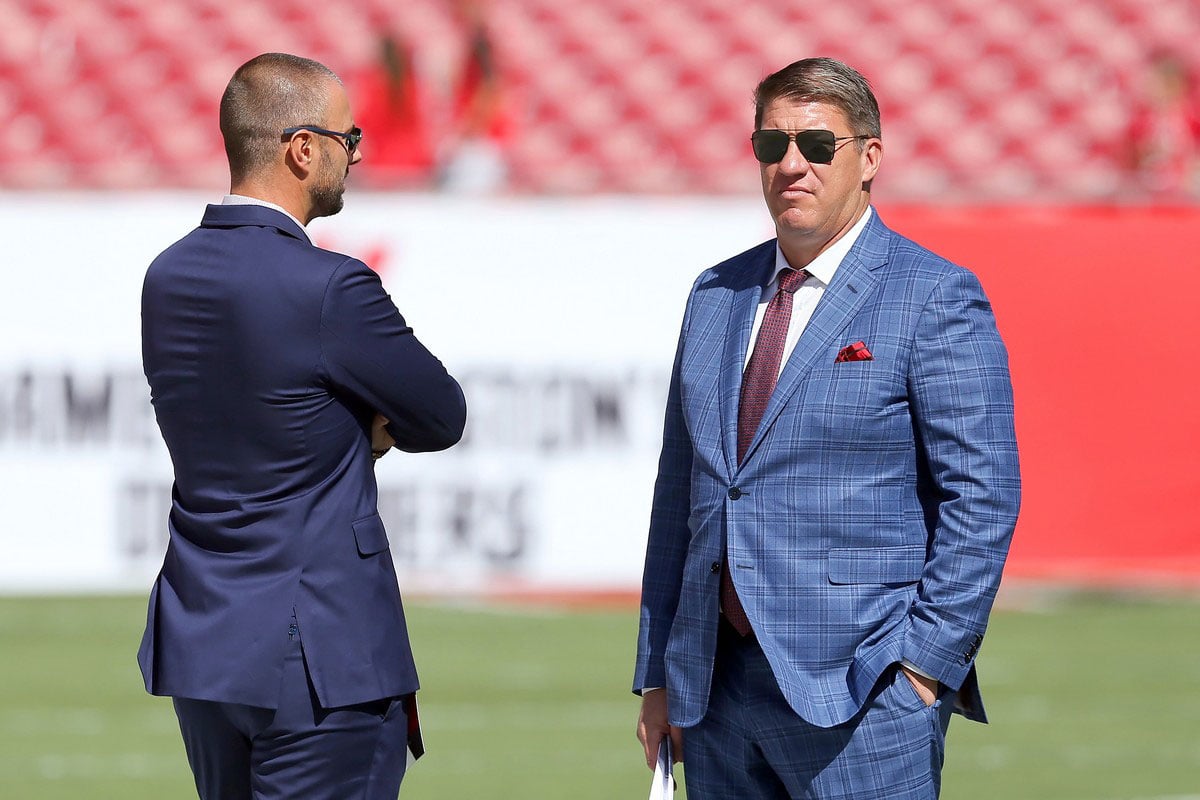 Report: Salary Cap Might Be Higher Than Projected In 2021

Home » Articles » Report: Salary Cap Might Be Higher Than Projected In 2021

With the COVID-19 pandemic drastically altering the 2020 NFL season, it was expected that the league’s salary cap – which rested at $198.2 million this past season – would be decreased for 2021 and force some teams into difficult personnel decisions. While the NFL and the NFLPA agreed to a salary cap of no lower than $175, ESPN’s Adam Schefter reported that it may not even drop that low.

Though the NFL’s salary cap is not expected to be officially set until next month, league sources believe it will be roughly $180-$181 million. Throughout the past season, many expected it to be around $175 million, but it now is projected to come in slightly higher, per sources.

Tampa Bay’s general manager Jason Licht and director of football administration Mike Greenberg, tasked with managing the team’s salary cap, did a great job of giving the Bucs some breathing room as their salary cap sat just above $188 million in 2020, per Spotrac.com, but that won’t leave them without some tough decisions of their own. Wide receivers Chris Godwin and Antonio Brown, linebackers Shaq Barrett and Lavonte David and defensive tackle Ndamukong Suh are all set to become free agents this coming offseason and it will be interesting to see how the front office navigates the NFL’s changing financial landscape.

As for teams that will find themselves in the tightest monetary binds heading into next year, two of the Bucs’ divisional rivals in the New Orleans Saints and Atlanta Falcons made the list.

It’d be GREAT to have a few mill more to help keep everyone they want to keep.. Who knows, could be the difference in being able to keep AB..

Any extra Cap room is great news. Hopefully they can get everyone at a decent rate since the entire league will be hurting to cut money everywhere and they can keep this thing goin for the next few years.