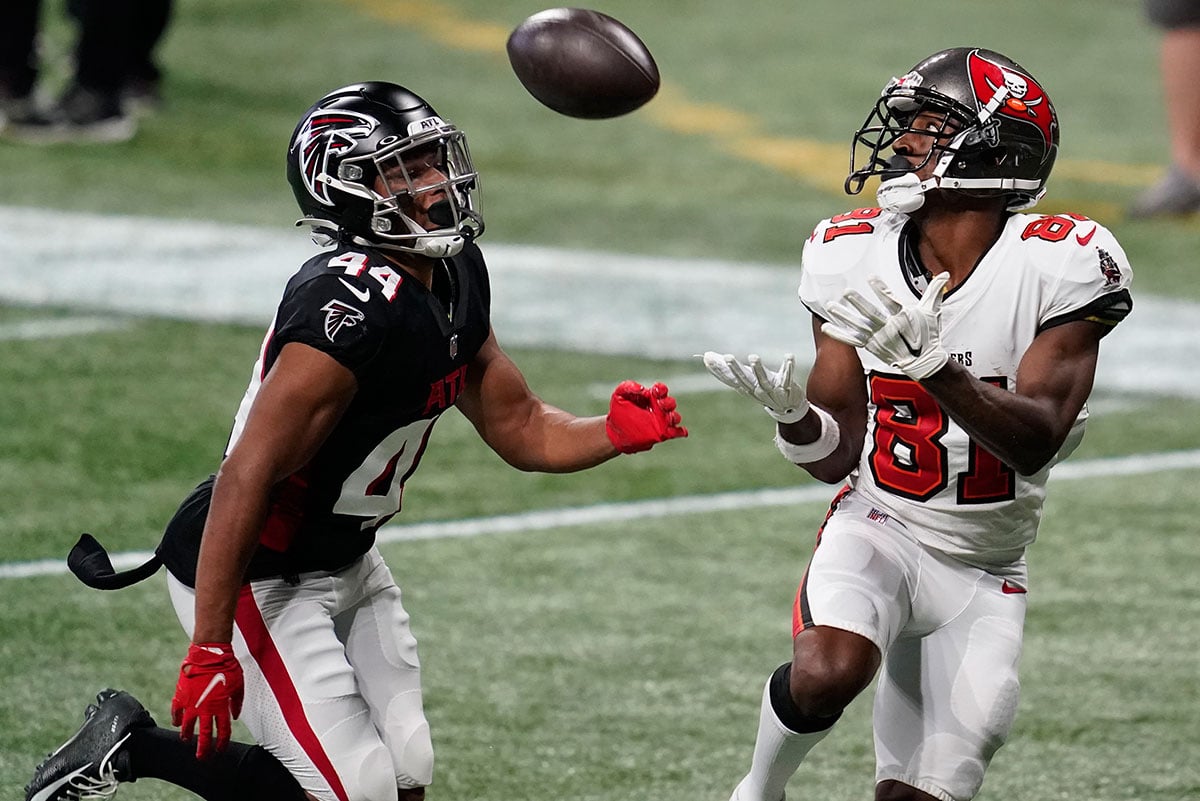 While the Buccaneers are still interested in bringing back free agent wide receiver Antonio Brown, the question over at what the cost might be doesn’t seem to be getting resolved anytime soon.

The Seahawks and quarterback Russell Wilson were reportedly interested in having Brown join the Seahawks early in free agency but no deal was reached at that time. Many assumed the interest may have died off but a new report on Sunday from ESPN’s Jeremy Fowler says that isn’t the case. 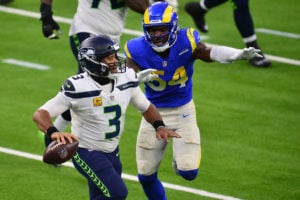 “I’m told they’re still building around Russell Wilson here. They’re still trying to find him capable pieces to try to bridge some of that frustration he had with building a contender. They got guard Gabe Jackson, they got tight end Gerald Everrett. Now I’m told they’re looking around for potential No. 3 receiver help behind D.K. Metcalf and Tyler Lockett, who just signed a massive extension. One name to watch is Marquise Goodwin. The speedster, he’s got that world-class speed. He is now a free agent. I’m told they’ve at least put a feeler out in that area. They looked at Willie Snead and Sammy Watkins before they signed in free agency. So, they want to flesh out pass-catching options for Russell Wilson and look, we know Wilson loves Antonio Brown. He would like to have him on that team. They haven’t made any major moves there yet, but if this goes into the spring and summer and Brown is still unsigned with the Bucs, I could see Seattle swooping in there.”

Wilson and Brown worked out together last summer prior to the start of the season, and it is no secret Wilson is a fan of Brown’s talent, The Seahawks have two outstanding receivers in Metcalf and  Lockett but not a lot of proven depth behind them.

Brown joined the Bucs at the mid-point of last season and finished the year with 45 receptions for 483 yards and four touchdowns in the final eight regular season games. Brown added eight catches for 81 yards and two touchdowns during the playoffs including a score in the team’s 31-9 win over Kansas City in the Super Bowl.

AB’s agent probably called ESPN’s Fowler to tell him this.

Was thinking the same

I’m sure AB’s agent isn’t happy about him basically forfeiting his leverage to other teams by making it known he wants to sign with the Bucs.

“They haven’t made any major moves there yet, but if this goes into the spring and summer and Brown is still unsigned with the Bucs, I could see Seattle swooping in there.”
This tells me Seattle has no interest in giving Brown an actual contract. They want him dirt cheap which is what he will be if he’s not signed by summer. I find it highly doubtful he’s not signed to the Bucs by the summer.

“Tell the Bucs the Seahags are about to sign AB for large cheese.”

Russell Wilson is coach killer. That team is going to be in last place this year. Seattle, Washington is a hell hole. He hates it and his wife hates it and everyone is going to start to hate it when they lose. AB is from Miami. He will not adapt to that place. He will do the same thing there that he did to the Raiders. So if he’s smart he’ll take our deal. If not then we have to let him go. I bet he comes back here. And let’s not forget. We are 2-0 in the Super Bowl.… Read more »

That wins the internets today for stupidest statement on any topic.
“Coach killer”? How many coaches has Russell Wilson killed in his career, both NFL and college? Besides zero, that is.

Naples is right – that’s one of the dumbest things I can remember reading on the internet in a while. What are you even basing that one? The guy has had the same head coach his entire career, and has only had three offensive coordinators in his 10-year career. What a baseless, silly statement.

He just ran his mouth this offseason what happens. The whole thing will crumble

100% agree. That definitely wins the award for the dumbest comment I’ve read in a long time. It’s the complete opposite. The Seahawks coaching staff is a Wilson killer. It started with ruining a potential dynasty, by shotgun passing at the 1/2 yard line in the SB vs the Pats, when they had #24 in the backfield. And it’s only gotten worse. Wilson is the only thing stopping that franchise from being a dumpster fire. Theres only 1 other QB in the league I’d want as my QB for the next 5-10 years, and that’s Mahomes. He’s team proof, coach… Read more »

Seattle Washington is a hellhole 🤣 says no one who has actually traveled to the Pacific Northwest.

AB literally just posted on Instagram of Bucs to sign him. The man is not going anywhere but back to Brady.

Dude you must have been in Naples too long and never played a sport in your life. You publicly criticize the people who block for you and pay your salary your screwed. They are done

Buc76, you really have to learn how to reply to a comment. Comments like this lose their luster deeper down into chat lol.

tom brady will talk some sense into him, dont worry

All the more reason to sign AB. It takes him away from a competitor. That Seattle offense would get a nice bump adding AB to Metcalf and Lockett. It likely boosts their receiver room past the Bucs. (I know I’m gonna catch a lot of guff for saying that but its true, look at the numbers Lockett and Metcalf put up last year.)

Russ is being humored; after the Marshawn Lynch Experience does anyone really think Pete has the stomach for what Tomlin and Gruden went through?