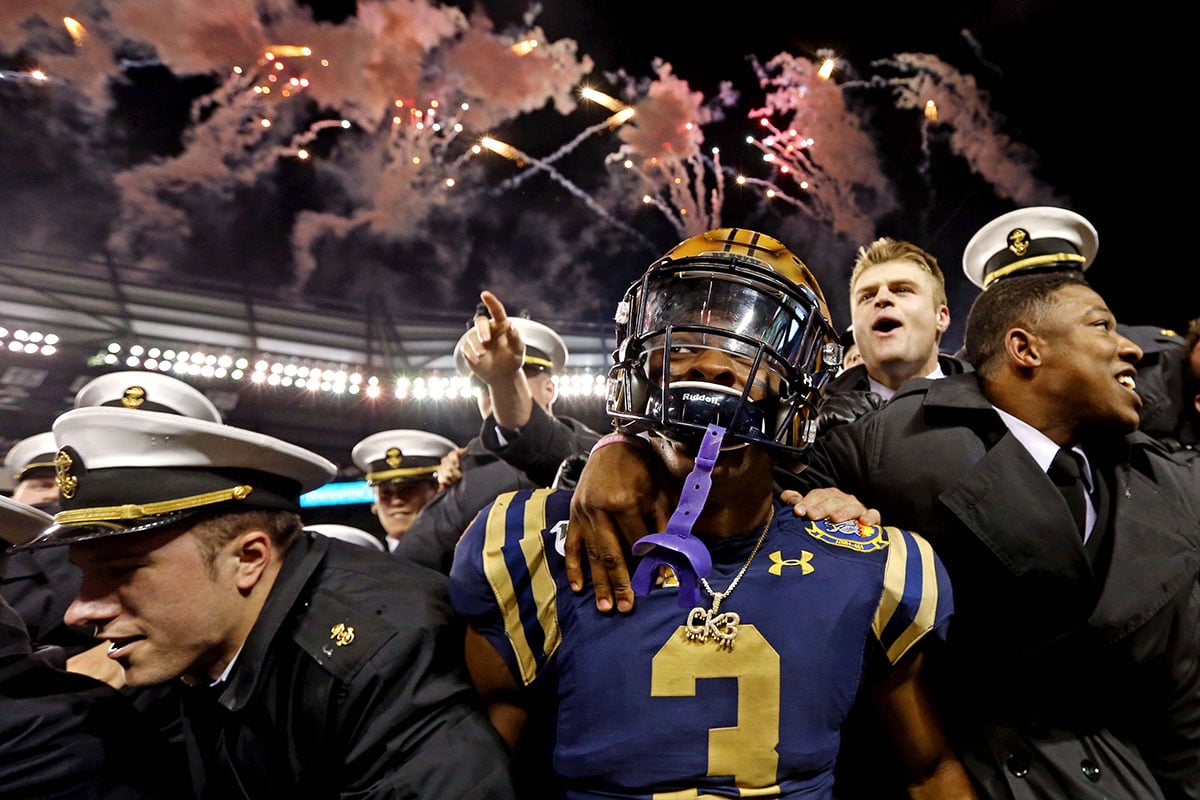 The NFL dreams of former Navy football player Cameron Kinley may not be dead yet. Although the U.S. Navy has denied Kinley’s request for service deferment and thus his ability to join the Tampa Bay Buccaneers, U.S. Senator Marco Rubio from Florida has joined Kinley’s team to help him.

Rubio wrote a letter to President Joe Biden, and asked the Commander-In-Chief of the U.S. Armed Forces to allow Kinley to pursue his NFL dreams.

“Mr. Kinley is not seeking to terminate his commitment to the Navy,” Rubio wrote in a letter obtained by TheHill.com. “Far from it. He wishes to promote service to our great nation from one of the country’s largest stages. I implore you to right this wrong.” 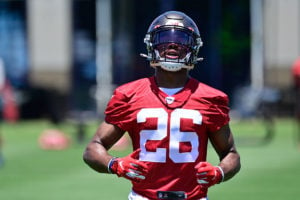 Other U.S. Armed Forces football players have been granted deferral of service status in the past. In 2019, President Donald Trump allowed academy graduates the ability to play pro sports. Navy’s Malcolm Perry was allowed to join the Miami Dolphins after the 2020 draft. Apparently that policy has changed under the Biden administration.

“In years past, the U.S. Department of Defense has issued many waivers to allow athletes to temporarily delay their service to our nation to pursue their professional sports dreams,” Rubio wrote, via TheHill.com. “Unfortunately, Mr. Kinley seems to be the exception, and without reason.”

According to Military.com, acting Naval Secretary Thomas Harker told Congress on Tuesday that he, Chief of Naval Operations Admiral Michael Gilday and General David Berger, commandant of the Marine Corps, reviewed Kinley’s deferment request so that he could play for the Buccaneers and denied it.

“I looked at this case. I looked at the significant investment the taxpayers make in every midshipman and our expectation and their expectation is that midshipmen will graduate and be commissioned with the Navy and the Marine Corps,” Harker said.

Kinley had taken part in the Buccaneers rookie mini-camp and began OTAs until his deferment request was denied.

“Well, obviously he’s very, very important to the Navy,” Bucs head coach Bruce Arians said. “That’s kind of a catch-22. I know he wants to attempt to be a professional football player, but he obviously means a ton to the Navy. I’ll leave that up to them. We’d love to have him because I thought he showed promise and signs when he was here.”

I thought he was the only undrafted player with a chance to make it on our team but I don’t think so now.

For what its worth, if Kinley would have been one of the actual draft picks (RD 1-7) I could see his complaint. (a Stalback, or Bellino) But a UDFA is a different story. He is worth more to the Navy.

The other three given their deferment this season was also undrafted I believe.

Publicity stunt. Took all of 10 seconds to write that up and send it off.

“I looked at this case. I looked at the significant investment the taxpayers make in every midshipman and our expectation and their expectation is that midshipmen will graduate and be commissioned with the Navy and the Marine Corps,” Harker said.
So the acting Naval Secretary Thomas Harker thought the Navy has invested less of those three that was given their deferment? Interesting…

Man up and fulfill your duty first and foremost. David Robinson did in the NBA and then played after. Every time I go to Bushnell to see my Pops and respect those that have put their lives on the line for us I hate reading this. I am sure he is a good guy, but fulfill what you promised to do, then see if you still have it. Pat Tillman played and then decided to serve and gave his life to this country albeit in a messed up way, but you have to respect that.

I am a U.S. Army Veteran and you whole man up bullshit is just that bullshit. This man has been adamant that he wants to fulfill his contract with the Navy but he should be given the chance to fulfill this dream of playing in the NFL. The average time a player spends in the NFL is 3 years. So the navy thinks or believes that him spending 3 years in the NFL will ruin his military career? Also he is in his athletic prime right now and you never know what will happen while serving your country.. He could… Read more »

I don’t see this the same way you are seeing this. Did the other 3 take their Commissions right after they got their degrees; this could be the issue too. I’ve said plenty on this before so no need to say anymore. I believe the Military Chief of Staff are sending a message that enough on this subject for future cadets. GT

Rubio is useless, but maybe he can put this one on his resume when he is retired from the Senate and hopefully from politics next year.

Why you people make this political is just beyond me. Because Rubio is a Republican it’s a political stunt? An effort to enhance a resume’? Good grief!

A precedent was set long ago for a few who had a slim opportunity to play professional sports. Since age is a factor, they and this youngster, merely want to delay their military service commitment, not forego it.

Everything is political to some people. That’s why they lead miserable lives.