How Tom Brady Balled Out On A Torn MCL

Home » Articles » How Tom Brady Balled Out On A Torn MCL 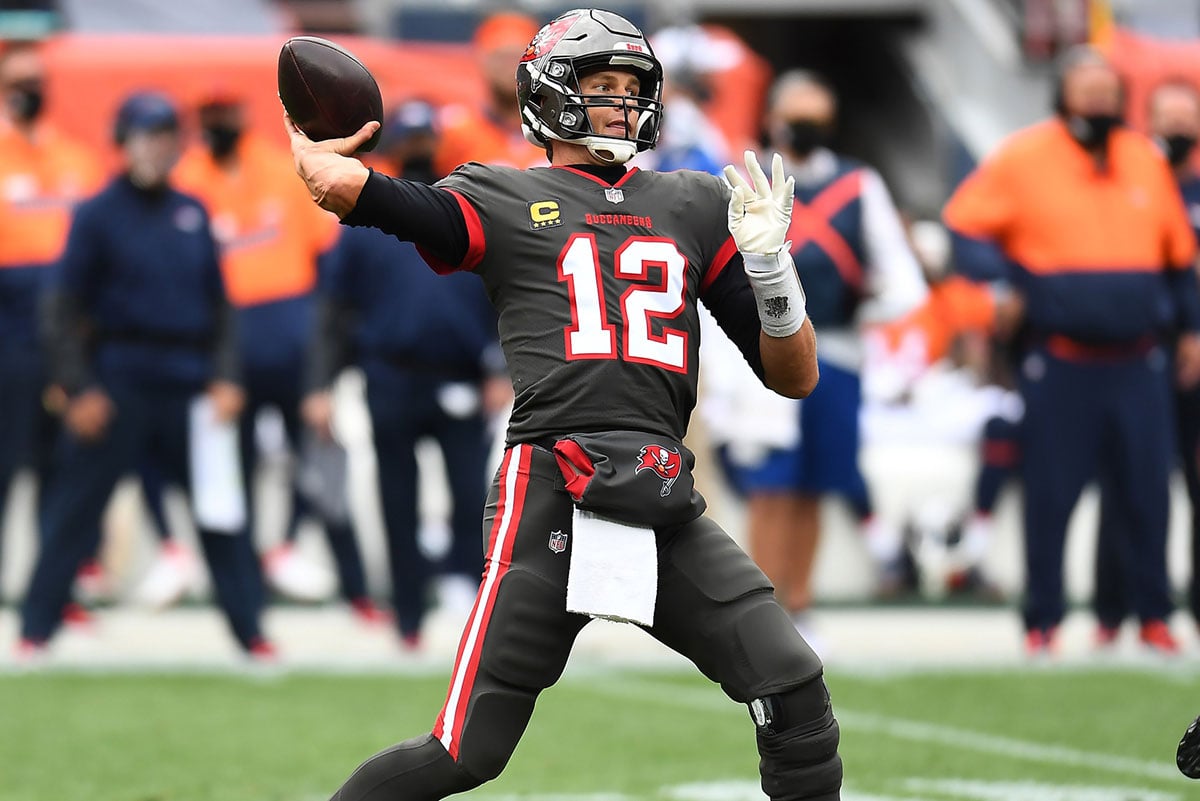 How Tom Brady Balled Out On A Torn MCL

Home » Articles » How Tom Brady Balled Out On A Torn MCL

Tom Brady is meticulous about his throwing mechanics. From his days with Tom Martinez to his time with Tom House, Brady has always kept a pair of nit-picking eyes on his technique. However, his mechanics were challenged in a new way when he played the 2020 NFL season on a torn MCL. To better understand Brady’s mechanics and how this injury can affect quarterbacks, I spoke with long-time biomechanics expert and quarterback coach Morey Croson.

“There are three things that stand out [with Brady’s mechanics],” Croson explained. “The first would be the [hip and shoulder] dissociation he’s able to create, and how fast he initiates in the lower body to be able to start… rotating towards the target. A lot of people I see are just further behind in the sequencing.”

Hip and shoulder dissociation is what occurs when a quarterback’s hips open and rotate towards his target while his shoulders remain closed and/or slightly rotate away from his target. Dak Prescott went viral when he was practicing this during warm up. Even by NFL standards, Brady has outstanding dissociation. Notice how Brady’s back leg is already rotated towards his target while he’s still loading the football backwards. Compare this with Drew Brees, another quarterback who had excellent mechanics, in the image below. Although Brady and Brees are at similar points during the load phase of their throws in the two images, Brees’ right leg is significantly behind, comparatively, in its rotation. This sequencing allows Brady to generate a ton of torque and allows his body to act like a “sling” when the ball comes forward.

“The [second] thing I would say [that stands out with Brady] would be… how high he is with his release point and how good of a job he does of getting into that ‘c’ position,” said Croson. “It recruits a different group of muscles. So, he utilizes more of those serratus kind of lat muscles… to pull down. A lot of guys, if they have that elbow a little bit closer to shoulder height, are going to end up using [their] tricep and pec.” 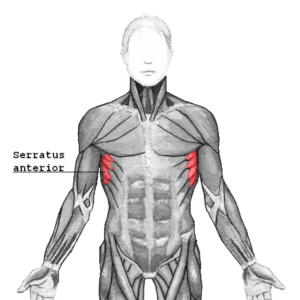 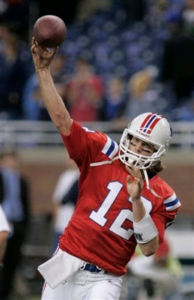 Brady is in the ‘c’ position in the above image. The fingers of his throwing hand are to the side of the football and his hand creates a ‘c’ shape. Further, the high release point creates a downward pulling motion.

Contrarily, Aaron Rodgers frequently uses a lower release position, and consequently, often ends up in a ‘u’ position with his throwing hand. The lower release creates more of a side-to-side push. 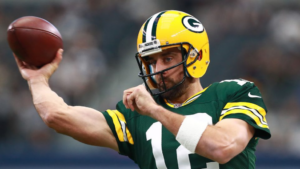 “The [third] thing [that’s unique with Brady] is going to be the front arm position,” continued Croson. “He keeps that front hand so far back. When he’s throwing, it’s like crossing his hands over, where his left hand is even over by his right pec.” 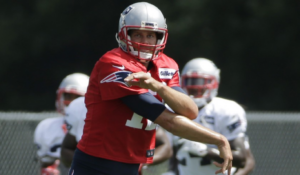 Brady and House gave fans a glimpse into their process in the 2018 documentary Tom vs Time. In this clip, Brady is practicing both hip and shoulder dissociation as well as keeping his left arm tight and within his “center of mass”.

The Role of the Left Knee

The front leg/knee plays a pivotal role in the throwing sequence for quarterbacks. While the back leg generates torque to power the throw, the front leg is responsible for absorbing that impact.

“It’s interesting that he had that injury, because I’m sure there’s a lot of quarterbacks that have gone through left knee pain,” said Croson. “If I were to compare my two knees, my left knee definitely has more overall wear and tear. [This is] because of the deceleration you have to be able to do on that front leg as you’re shifting your weight from the back foot onto your front foot. You’re twisting off of that back leg, and then you end up having to take on that twist… of the back leg on to the inside part of the front knee. It ends up being a lot of torque that goes on within that knee. I’m sure it was painful.” 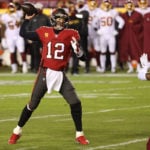 “[When throwing to the sidelines], you have to turn your body a lot. When you’re looking at a defense and are going to throw 15 yards straight down the field, [you] just have to step into that throw. When I’m throwing it to… the right side and am [initially] looking straight ahead, I really have to turn my body weight over to the right. So, I have to really rotate my whole spine, my whole lower body, everything.

“As I get all my weight rotated over to the right, now I have to go and push off my back leg, especially how he does creating all that torque, to be able to get my momentum to go back forward towards where you’re throwing.

“There’s a lot more that goes into it when throwing sideline-to-sideline. [This] is where you have more of a propensity to… have more torque, to have to decelerate more, and put more external forces onto the body in comparison to when you’re just throwing the ball straight down the field. Even when you’re throwing deeper to the left, you don’t have to turn the body as much… so it’s a little bit easier.”

While Brady has never been a dual-threat quarterback, he seemed particularly content to stand in the pocket in 2020. In fact, Brady has even mentioned wanting to work on his speed during the offseason. Even as recently as 2015, Brady had made a conscious effort to be more effective outside the pocket. When rewatching those games, there are times when there’s a noticeable difference. Some speculated that this switch was to accommodate Ryan Jensen’s inconsistent snaps. However, could the compromised knee be the reason for the change?

“Definitely,” explained Croson. “Like running, it does hurt to bend [that knee]. When you have that left leg forward, that left knee is going to end up taking more of a bend, more of the body’s pressure, especially when you start to push off. It might have been easier for him to have that right leg forward and be able to push off that right leg… or just try to minimize what he was doing with that left leg.”

Whatever changes this injury forced Brady to make, they didn’t stop him from dominating in 2020. PFF graded Brady as the 2nd best quarterback in the league last season. Furthermore, after the Buccaneers’ bye week and through the playoffs, Brady led the league with an astounding 0.417 EPA/play (expected points added per play). Rodgers was 2nd with 0.370 EPA/play.

With a full offseason of study and a healthy knee, perhaps Brady’s best statistical season is yet to come.

You can find Morey Croson @performance_labs on Instagram, Performance Lab of California on YouTube (where he already has several breakdowns of Brady’s mechanics), or at performancelabofcalifornia.com.

That was very thorough analysis! I enjoyed it.

Fascinating analysis. The mechanics involved in throwing the ball are more complicated than most fans understand, and in this instance, TB-12’s changes in mechanics to (apparently) compensate for his knee injury are just impressive as heck, not to mention the bottom line production he achieved for a supposedly “washed up old quarterback”.
Great quarterback play is mostly about what’s above the shoulders … and even when it involves the stuff below his head, it’s his head that controls those body parts.

Well said. The degree to which the pros have thought about this stuff is incredible. We’ve only scratched the surface here, and it can be hard for me to even comprehend how deep it gets.

Brady reminds me of Nolan Ryan. Both have perfect motions and both played into their 40s. Both will go down as one of the best if not not the best at their respective positions.

Both have perfect mechanics for their prospective positions. Both worked many hours to alleviate any unnecessary movement in their windups. As a result of this constant obsession with movement and alignment they both have played well beyond their “use by” date. Champions and all time greats!