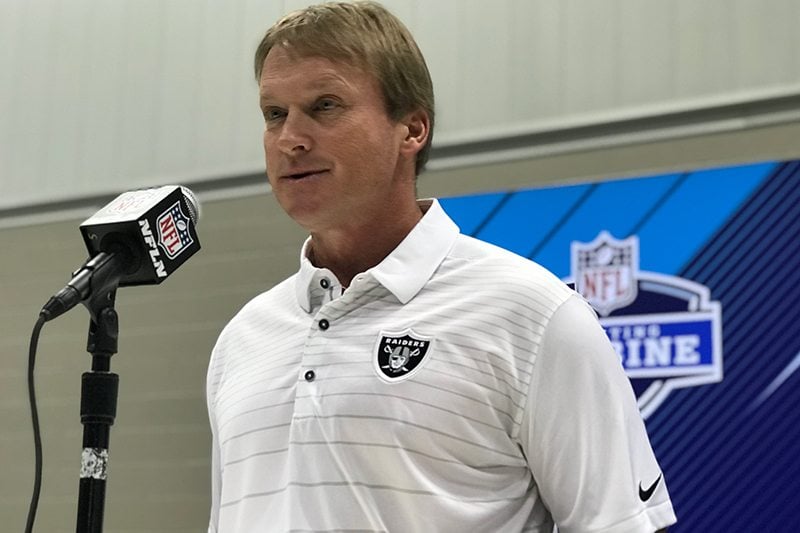 The end of the 2017 season was a roller coaster ride for Tampa Bay Buccaneers fans, not just due to the fact that their team wasn’t performing the way they wanted them to, but also because there were rumors that grew as the year went on (or down) that the franchise’s legendary coach Jon Gruden may have been eyeing a return to football. In the end, Gruden did return – but it wasn’t to the Buccaneers.

On Wednesday, at the 2018 NFL Scouting Combine, Gruden took to the podium for the first time since he was hired on by the Oakland Raiders to answer questions about his team and what the process was like for him to decide to get back into coach – and it not be in Tampa Bay.

Below is his full interview where he addresses reports that he had discussions with the Buccaneers before returning to the Raiders.

Who cares about the Raiders?