Watson Impressing Early In Battle For No. 3 WR Job 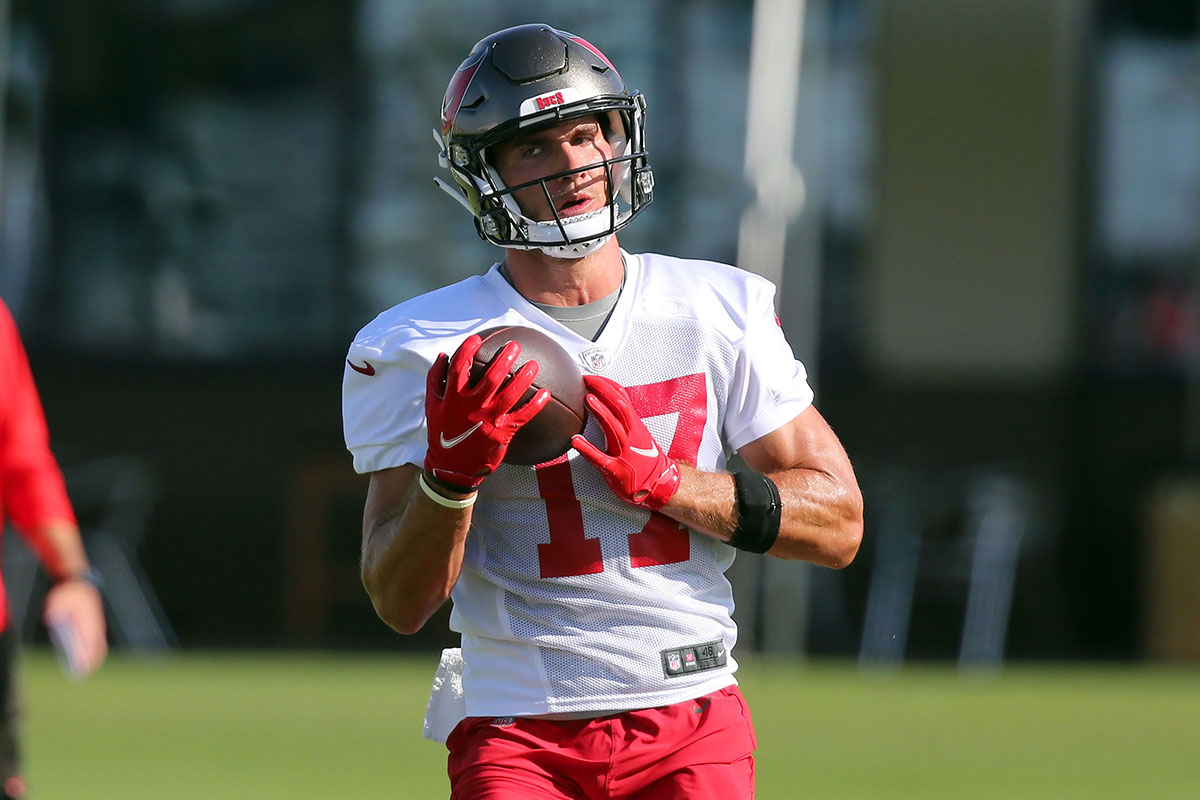 Watson Impressing Early In Battle For No. 3 WR Job

We’ve written extensively about the all-important training camp battle for the Bucs WR3 job, and Bruce Arians may have shed some light on the frontrunner for the spot, at least as of mid-August.

“The guy that’s looking really really good is Justin Watson,” Arians said. “He lost 10 pounds and I think he hit 21 miles an hour the other day on the field, that’s flying. He looked very confident in what he’s doing. Justin, Scotty [Miller], we got a bunch of different pieces there. Jonathan Franklin looked good, [Bryant] Mitchell has looked good, it’s a battle for three, four, five and six, and we might have different packages for the different three.” Unmentioned is heralded fifth-round pick Tyler Johnson, who was one of the most productive receivers in college football at Minnesota, but could be off to a slow start due to how little rookies have been able to be on the field this offseason. The former Golden Gopher also hasn’t practiced much with the team yet due to minor injury.

Last year both Watson and Miller saw playing time when Mike Evans and Chris Godwin battled injuries late in the season, with Watson getting 230 snaps to Miller’s 177. Miller’s speed is a trump card that Watson hasn’t possessed during his two years in the league, but if he’s gotten more explosive as he’s lost weight, the Penn product may be closer to canceling out Miller’s expected advantage.

Still, Arians remains high on Miller and the versatility he provides the Bucs receiving room.

“In the passing game he’s a feisty blocker,” Arians said. “For us, the slot is a big time blocker with 11 personnel, so it’s hard for him. I don’t want to get him broken up blocking and lose some speed. There are things that he can do in the middle of the field and when we’re in our 4-wide receiver set he’s always the slot. We’ll try to use him as much as we can inside, he’s such a potent guy outside too with that speed.”

Ha. All I heard in the offseason was Tyler Johnson, Tyler Johnson.
According to the media he was a lock for the No. 3 WR slot and everyone else has to fight for spots behind him.
Why?
Because he had good stats in college.
So have a lot of players who are now UPS drivers and school teachers and coaches.
Don’t get me wrong, I hope Johnson makes the team and contributes to a lot of wins.
I just can;t stand the media hype that comes with certain players before they prove anything.

Well, that was before rookie camp, OTAs, mini-camp were all canceled and not re-scheduled, and before training camp was significantly cut down and preseason was eliminated. Huge difference now that all of that has taken place. Don’t think anyone is expecting an early breakout from Johnson now.

Yeah I thought the Tyler Johnson hype was overblown for months. I knew he was going to have limited impact this year. Especially with no rookie camp, pre-season games, and how little Brady trusts rookie WR’s over the years. Now, the dude will be lucky to make the final 53. This isn’t the year for rookies to miss any practices because of “minor” injuries. Tough it out and get out there. The dude is showing that his drive and toughness are already in question. Luckily we’re not counting on him for anything this year

Our strongest position on the team, no doubt. Brady has a stable of good hands to throw to. He should light it up.

This really speaks to Watson’s professionalism and his desire to not only make this team, but make it better. He watched as Arians drafted another WR back in April and heard all the “experts” say Johnson was a smoke show on the field and would be a lock for the WR3 spot……except nobody asked if Watson was going to give it up! As a Bucs fan, I’m encouraged that he can work on his body and increase his speed when it’s so hard to even go outside these days. My guess is that he has buried his head in the… Read more »