With New Deal, Jensen Wants To “Retire As a Buccaneer”

Home » Articles » With New Deal, Jensen Wants To “Retire As a Buccaneer” 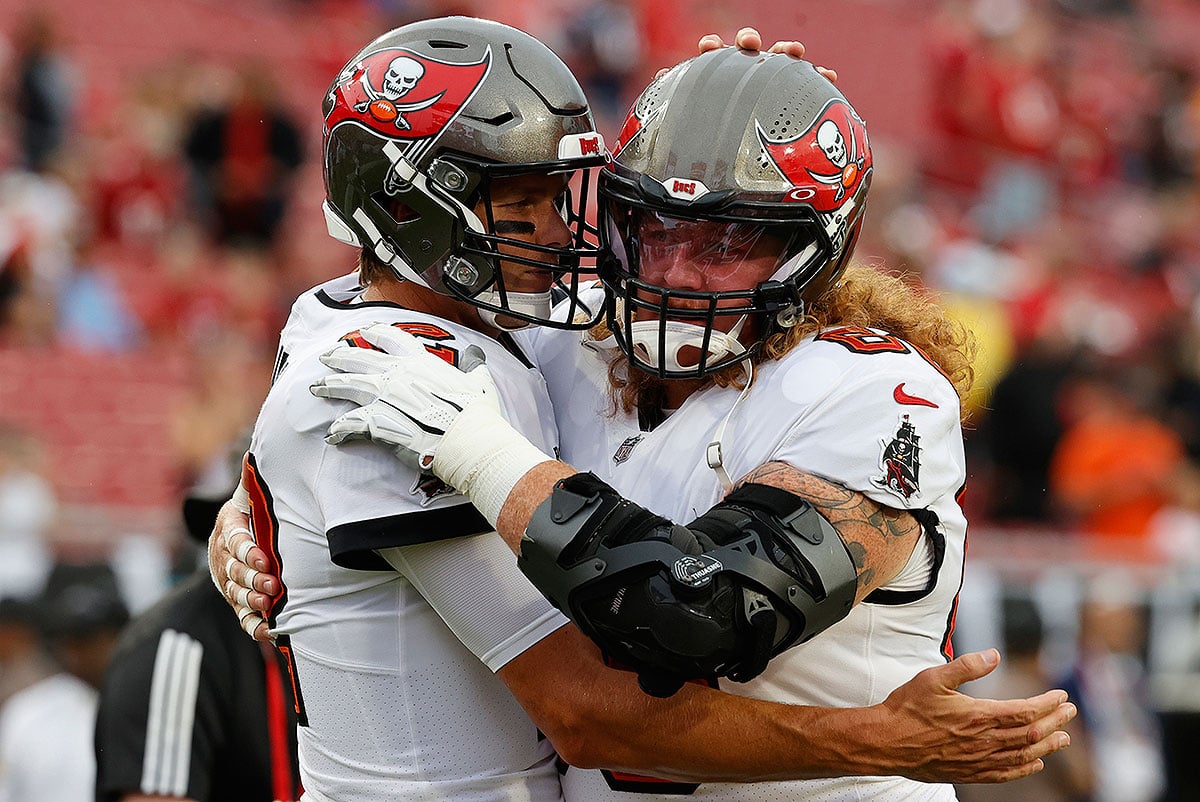 With New Deal, Jensen Wants To “Retire As a Buccaneer”

Home » Articles » With New Deal, Jensen Wants To “Retire As a Buccaneer”

The Bucs may have lost both starting guards this offseason, but the team was determined to keep center Ryan Jensen as a Buccaneer at the start of free agency. Tampa Bay made Jensen the highest-paid center in the NFL in 2018 when it signed him from Baltimore.

Jensen’s new deal is $39 million over three years and features $23 million in guaranteed money. It features a base salary of $1.5 million and a $12.5 million signing bonus, according to OverTheCap.com. Jensen’s cap hit for 2022 is a very manageable $4 million.

“I’m extremely excited to be back,” Jensen said. “I never wanted to leave. When Tampa signed me in 2018 it made a dream come true. I wanted to stay here. I wanted to end my career here. So being able to sign a contract that can potentially make me retire as a Buccaneer is what I’ve been looking for.”

As Pewter Report reported two weeks ago, once Pro Bowl guard Ali Marpet retired, the team knew it could only afford to keep one of its free agent offensive linemen – Jensen or Alex Cappa. The Bucs decided to pay Jensen top dollar to keep the 31-year old center in Tampa Bay.

Jensen’s $13 million is the second-highest average in the league at the center position behind Detroit’s Frank Ragnow’s $13.5 million. Yet Michigan has a high state income tax and Florida does not having a state income tax. So Jensen will actually make more money than Ragnow with his contract. 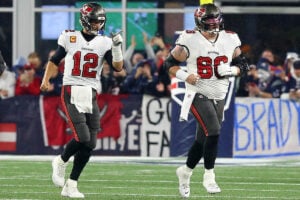 “It’s just amazing what hard work and determination can bring to somebody,” Jensen said. “That’s what my career has been – trying to prove everybody wrong. And trying to be the best football player I can be.”

Jensen had already committed to coming back to Tampa Bay before he received a call from Tom Brady. On Sunday, Brady announced he was going to return for his 23rd season. The Bucs’ Pro Bowl center was in the middle of a birthday party for his daughter and dealing with contract negotiations with the Bucs at the same time when Brady called.

“That was just the sugar on top,” Jensen said. “To say I was surprised that Tom is coming back, I honestly don’t think I was that surprised. I think the way everything transpired last year and the way that the season ended, a player like Tom, obviously the greatest to ever do it, can’t go out like that. When he retired, I kind of thought to myself, ‘I don’t know. I think he’s going to be back.’ When he called me on Sunday and confirmed that’s kind of what I thought. He can’t go out that way.”

Jensen noted that having Brady back for another year makes the Bucs even more attractive to free agents.

“We’ll take anyone we can get back,” Jensen said. “Obviously, Tom coming back could sway some decisions of some guys that are in free agency that are looking to sign back. Tom is probably the greatest recruiter of all time.”

The Bucs will have to find a pair of guards to start next to Jensen this season to replace Marpet and Cappa. One option is Aaron Stinnie. He signed to one-year, prove-it deal over the weekend.

“Stinnie, he came in in the Super Bowl run and played lights out,” Jensen said. “There is obviously no doubt that Stinnie can play football. Obviously, we have a couple of young guys on the interior that can play who could have a chance to potentially start like Nick Leverett. There are a couple of guys on the roster right now that could potentially step up and take that spot over. I’m excited to see who wins that job and excited to get to work with them.”

The Bucs are excited to have Jensen back as Brady’s center.

Love to hear it when a player says he wants to be here! Wants to retire a Buc! Glad to have u back Big Ted! Now only if the fans could feel the love from WR Godwin! We love Godwin! Been a very productive player for us. Just don’t understand how a guy coming off a major knee injury can’t seem to settle on a long term contract to help HIS team sign other talent so we can win now! What gives? Haven’t heard Godwin say anything about his love of playing with the Bucs and having the GOAT throw… Read more »

Yeah, that’s a head scratcher for sure. Godwin has got Bucs fans scratching their heads wondering what kind of player/teammate he really is. Is he in it to win it, or is he just in it to collect a paycheck? His play on the field is obvious, and he gives it his all. This also really makes me wonder about his injury and if he’s looking to get paid now knowing he might not be the same player, or maybe he’s not planning on playing that much longer? A lot of questions surrounding Godwin and him holding out. You know… Read more »

Lol you’re not going give CG break are Bucballer! I agree with everything you are saying and I understand holding out for the best possible offer ie Dak Prescott but as a fan it feels a little greedy. We have a right to have feelings right?

That’s all great but you have a 45 year old quarterback and just lost 2 starting guards. You have to wonder if Brady didn’t play this shell game and came back right after, would Ali Marpet have retired? This is not good for our line and protecting Brady. Our schedule is crazy hard. They better do some stuff quick if this has a chance.

Personally I don’t think Brady ever wanted to retire I just think he was frustrated with the lose and some of the play calls. IMO

Big Red should be happy with that nice fat signing bonus and TB12 between his cheeks again. What center wouldn’t be Happy 😃

Now we just need a solid left tackle. Losing Cappa and Marpet, really hurts but keeping Jensen and Wirfs is a great base, but the Bucs have to replace their old and slow left tackle #76 Donovan Smith. 6’5″ 220lbs, Sean Rhyne from UCLA is an outstanding left tackle in this year’s draft. He’s quick and very athletic. Rhyne has very strong hands and forearms that keep defense edge rushers from grabbing him. I saw him play in four UCLA home games in 2021. He quickly eliminates his initial blocking assignment and then goes straight into the face of opposing… Read more »

Ted: Why do you keep spewing this same nonsense? You don’t “sign” anyone to a rookie contract. You have to draft them first and the only guarantee of selecting a certain player is if your team has the very first pick. You might want to watch the games instead of evaluating Donovan Smith by echoing the false narrative of other folks who don’t have a clue. How’d the Bengals LT fare against the Rams? When your boy Sean Rhyne faces edge rushers in the NFL, he might not be as great as you think.