All Bucs Starters Absent From OTAs 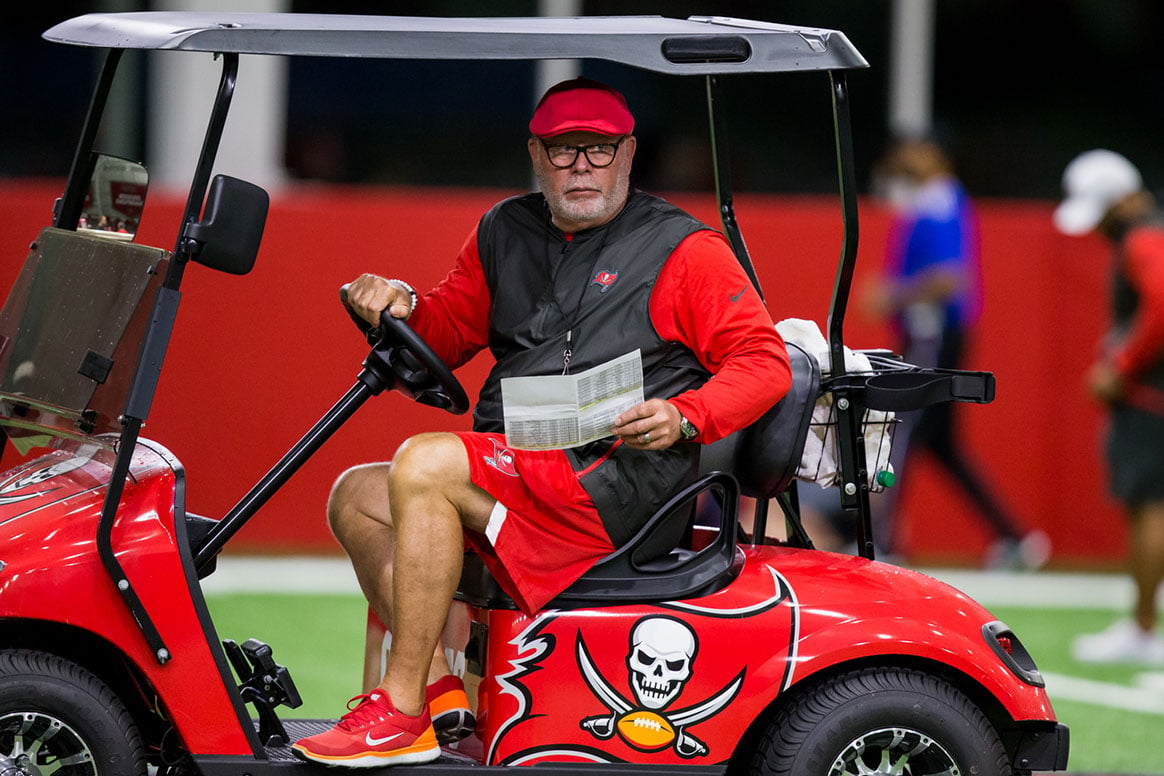 All Bucs Starters Absent From OTAs

Tuesday marked the first day of Bucs OTAs since before the 2019 season, but not many Buccaneers players were present. Around 35-40 players took the field at the Advent Health Training center for Tuesday’s optional practice. The Bucs starters on either side of the ball were not among them, although a handful of veterans did attend.

Coach Arians speaking about the attendance for the OTA on Tuesday pic.twitter.com/XK2wX1iGot

Over a month ago, Bucs players released a statement that they will not participate in voluntary offseason workouts, under the advisement of the NFLPA. QB Tom Brady later urged players during a union conference call to negotiate hard for optimal workout conditions before attending offseason activities. We know from Brady’s instagram that he and a plethora of Bucs players held their own workout at Legends Field on Monday. Arians suggested after practice that Bucs starters weren’t going to be on the field even if they had been present.

Coach Arians saying the starters weren’t going to be allowed on the field for the OTA even had they showed up pic.twitter.com/snxzzpwcI3

Some of the players in attendance at OTAs were also at Brady’s workout on Monday, including QB Ryan Griffin and RB Giovani Bernard. Bernard is the Bucs lone new veteran on offense, so it’s understandable he would be trying to soak up as much knowledge of Bruce Arians’ offense as possible. The 8-year pro should help out immediately on passing downs once the season begins.

Coach Arians said he’d love to see the veterans holding their workouts at the Bucs facility as opposed to a high school or the Yankees facility for safety reasons pic.twitter.com/2LuSqOHY5J

Veteran Bucs offensive players that were present include:

OLB Anthony Nelson was the biggest name in attendance defensively. Rookie OLB Joe Tryon was there, but just spectating as he works his way back from a minor procedure on his knee. TE O.J. Howard, OG Alex Cappa and S Jordan Whitehead, all working their way back from injuries, were not at practice.

The Bucs will have one more day of on-field OTAs open to the media on Tuesday, June 1. Mandatory mini-camp will be held from June 7-9, with another week of OTAs to follow.

Not sure what to make of this at the moment..

I wouldn’t be concerned with OTAs. Brady is clearly keeping some of them in shape. We need to see how these rookies refine. Especially Trask.

Arians literally told them not to come. So I’m not concerned about it. I like that some guys who still have ample work ahead to learn the offense and/or prove themselves and their worth showed up, like Gio, Vaughn, Griffin, and Hudson. But I mean, it’s May. We’re still closer to the end of the 2020 season than we are to the start of the 2021 season. I think it’s pretty silly how NFL teams have stretched the start of the offseason program back this far. I couldn’t care less that most of our guys aren’t there right now.