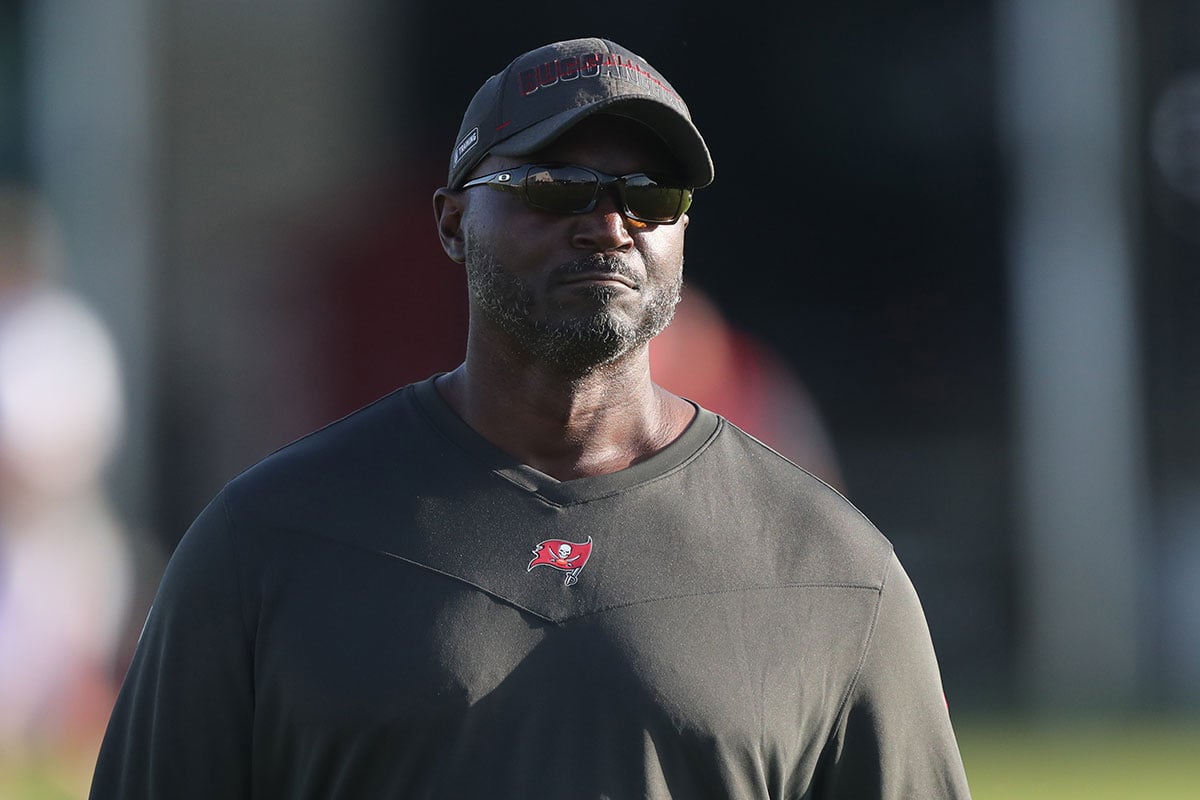 When a team hires a new head coach there are usually multiple changes made to both sides of the ball, but that won’t be the case with the Bucs. New head coach Todd Bowles was put into a position like not many before him when he took over for Bruce Arians.

Tampa Bay’s coaching staff was already in place, as was a Super Bowl-ready roster. While many think Bowles could make changes to the offense that apparently won’t be the case.

“I think it’s pretty much the same – we kind of see the game the same way,” Bowles said. “Everybody thinks I’m changing the offense. I didn’t get a head job to be an offensive coach. That’s not my job. I’ve always been a defensive coach, that doesn’t mean I can’t be a head coach. Tom [Brady] and I understand that – we have a great relationship going forward. We communicate constantly and I just look forward to working with him from a different angle. But, we always talked football off the field when he was here, regardless.” 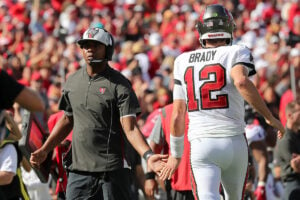 The relationship Bowles has with Brady and offensive coordinator Byron Leftwich is built on trust and constant communication. The goal is to be on the same page and see the game the same way. Which in turn will make things easier on game days when it comes to making important decisions.

While Brady wasn’t expected to be seen until mandatory mini-camp, he showed up last week during the Bucs’ Phase Two offseason workouts. It wasn’t a request from Bowles, but displays the type of commitment Brady shows.

TB12 is a winner, coach Bowled wants to be a winner also.

Why is the world would Bowles want to change the Offense. If anything he will let Leftwich and Brady to more of what they wanna do while he makes sure our Defense evolves how it needs to moving forward. I’m telling you we are gonna see Brady at his best this season. Now that may not end up meaning the most yards or most points but he is at the point where he knows how much longer he wants to play and if it ends up being that this is his last, or that one more Championship is what he… Read more »