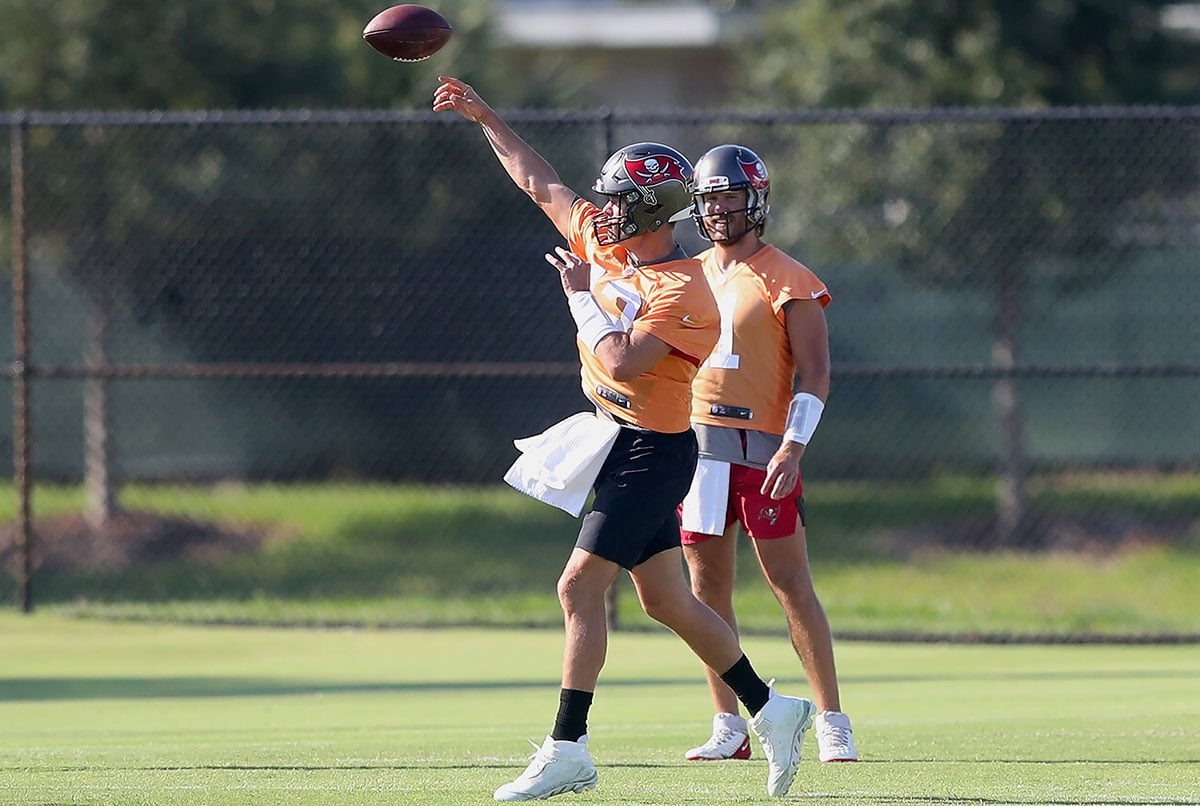 Get your calendars out, Bucs fans. The Bucs officially announced their training camp schedule for the 2022 season, which will begin on Wednesday, July 27th.  There’s going to be 12 practices that are open to watch.

We'll open training camp July 27 and are set to have 12 workouts in front of Krewe Members and other special groups.#GoBucs

A week before that starts off, the team will have “QB Camp” where quarterbacks Tom Brady, Blaine Gabbert, Kyle Trask and Ryan Griffin will participate.

Here are the official dates and times for Bucs training camp.

I’m going to try to make Military Day; hope to see my brothers and sisters there to thank you for your service.

So the general public can’t go to practices?

I’ve been going to practice since the days I illegally peered over the bushes at the old One Buc Place. Since the Bucs limit Training Camp to season pass members, I’m glad I maintain 3 separate accounts for my 8 lower bowl seats and 2 Club seats. Gives me more opportunities than if I combined them. Too bad there aren’t a couple of evening practices like we used to have when the team trained at UT.
Pinkstob: Let me know when you can join me. I got you covered on the access.