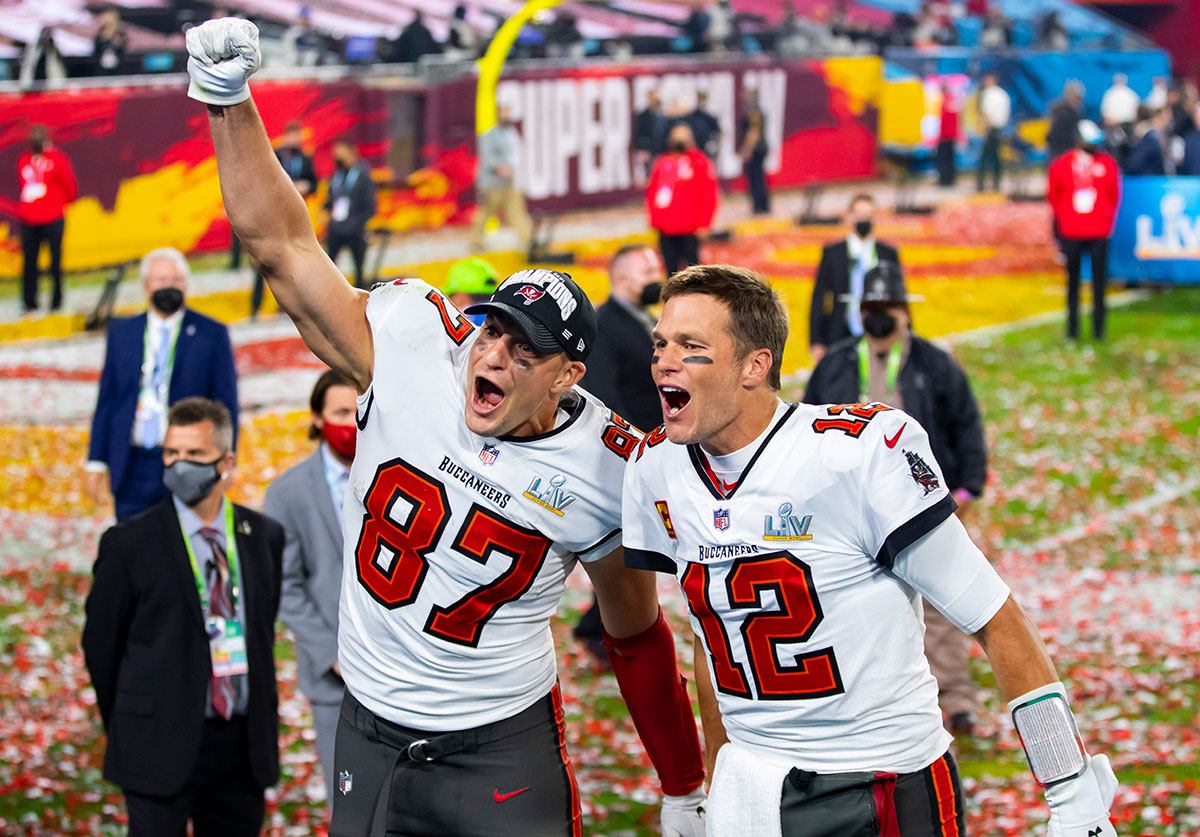 With the news of Rob Gronkowski’s retirement, many throughout the NFL world have reacted. None were more closely watched than that of Bucs quarterback Tom Brady.

Brady has been Gronkowski’s starting quarterback every year of his career. So understandably, the world was curious what Brady had to say about his prolific tight end. Shortly after Gronkowski made his announcement Brady released a statement exalting his teammate and long-time friend.

“Teammate, friend, brother, just a few of the words that come to mind when I think of Gronk. Nobody has ever embodied the idea of ‘leaving it all out on the field’ like Rob has throughout his entire career. Every single snap, I knew no matter how many people you put in front of him, he was going to get to his spot. Even more important is the person he was off the field. Focused when he had to be, and FUN the rest of the time. Having Gronk in your locker room was every NFL player’s dream. I’m proud of all that we accomplished together, and even more excited for all you have ahead of you. Congrats Gronk, you deserve it.” 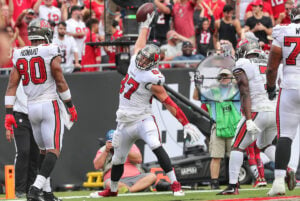 Brady and Gronkowski have connected 620 times for 9,275 yards and 93 touchdowns. This makes them the most prolific quarterback/tight end combo in NFL history. Their 105 touchdowns combined between regular season and post-season are second only to Peyton Manning and Marvin Harrison.

Brady wasn’t the only Buc to release a statement regarding Gronkowski’s retirement. Bucs general manager Jason Licht released a statement through the team regarding the future Hall of Famer.

“Rob is a true professional who left it all on the field for us the past two seasons and helped establish a championship culture in our building. He played a crucial part in our Super Bowl LV championship season in 2020. And battled through a number of injuries last year while on the way to one of the most productive receiving yardage seasons in his 11-year career. It is always difficult to see a great player walk away from the game when he is still enjoying that kind of success, but the overwhelming emotions I feel today are gratitude and respect for one of the greatest tight ends who ever played the game. While his on-field accomplishments will surely earn him a gold jacket and a place in the Pro Football Hall of Fame, it is his humble attitude and team-first approach to the game that truly defined his career.”