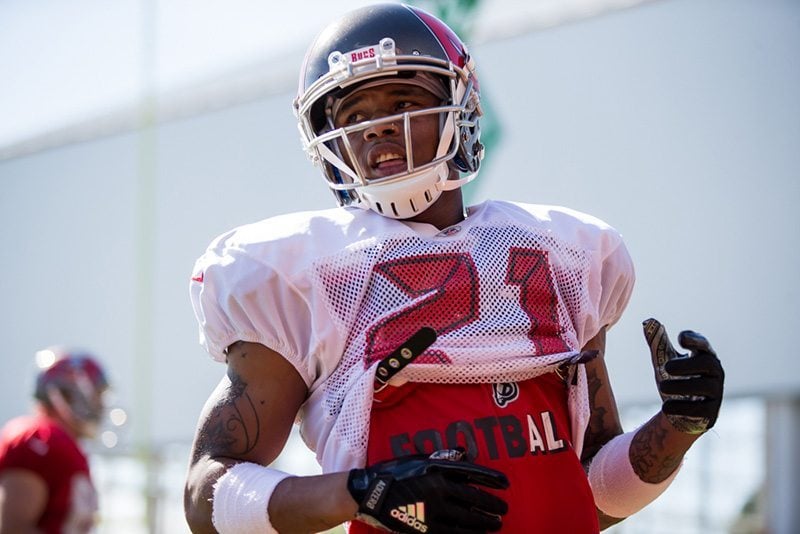 And then there were two.

As the sun rose Tuesday morning, only two practices stood in the way between the Tampa bay Buccaneers and their first football game of the 2017 season – this Friday’s opening preseason game in Cincinnati.

It’s been more than a week since camp kicked off, and with just two rest day in between now and then, some of the starting players were nursing injuries and seeing rep limits. For starters, but Ali Marpet and Donteea Dye were sidelined today as they were feeling the effects of minor ankle injuries. In a year where this team has more potential than ever, the coaches and training staff aren’t going to take chances with re-aggravation or lingering injuries with anyone.

Gerald McCoy and Caleb Benenoch – who sat for yesterday’s practice – were back in full pads today, as were the rest of the veterans who were seeing limited reps on Monday just due to the coaches not wanting them to get fatigued. But, even though the vets were back, it was more of the new faces of the Buccaneers making the plays on Tuesday.

A death wish for any safety 1-on-1 pic.twitter.com/bQcctHCxYg

In the show “How I Met Your Mother,” one of the main characters, Barney Stinson (played by Neil Patrick Harris) is always coming up with phrases and saying that he convinces people are absolute truths for how to live our life, when, in reality, they can be hit or miss. In on episode, he coins the phrase, “new is always better,” and even though that doesn’t prove to be true in his situation, it was pretty true at Bucs camp on Tuesday.

All around it was a pretty quiet day. There were a few splash plays here and there, but much more of today’s practice was on short-yardage downs with a good amount of time spent on install and special teams.

However, when the units did split up, one of the drill stations gave us a look at tight ends and running backs being covered by safeties and linebackers. In the clip above, rookie O.J. Howard abused starting safety Keith Tandy.

Tandy basically had no shot in this drill. How do you cover a man that big who moves like that? Howard is still getting the feel for what he can do in this offense, but he seems to be getting more confident by the day.

As stated in the caption of the tweet above, when Conte was asked to go up against Howard 1-on-1 next, it was a still a death wish.

Conte played Howard pretty well on that play, but the rookie tight end is just too good. That made Howard 3-for-3 on catches in the drill.

On Monday, we noted that rookie safety, Justin Evans, was getting some work with the first team. After practice, defensive coordinator, Mike Smith told us that was more about keeping the veteran players on a “pitch count” in terms of how many reps they were getting during camp.

However, today, we saw Evans again get some top plying time, including getting one o the marquee mach ups 1-on-1 versus Cam Brate.

Rookie S Justin Evans now on the first team in place of Conte for 11-on-11.

Later in the practice, Evans then got work with the first team in what you would call the main 11-on-11 drill near the end – he play in for Conte.

He mainly played the free safety role, and did an OK job, but did give up a long touchdown pass to Brate off a blown coverage by him.

DeSean Jackson on a drag route. Too much speed. Man coverage never had a chance. pic.twitter.com/gkrlMDErHh

Though he’s not a rookie like the previous two examples, Jackson is a ew face and gave us a new look at what he could do today.

With Humphries, Evans and Jackson on the field at the same time, the question has been who they put in the slot. The answer to that is Humphries most of the time, but on plays like the one above, we see why Jackson could be a great choice, too.

Simply put, you can’t guard Jackson on a route like that with that kind of play design. It will work nearly every time as long as the offense catches the defense in man coverage.

More notes on the next page.